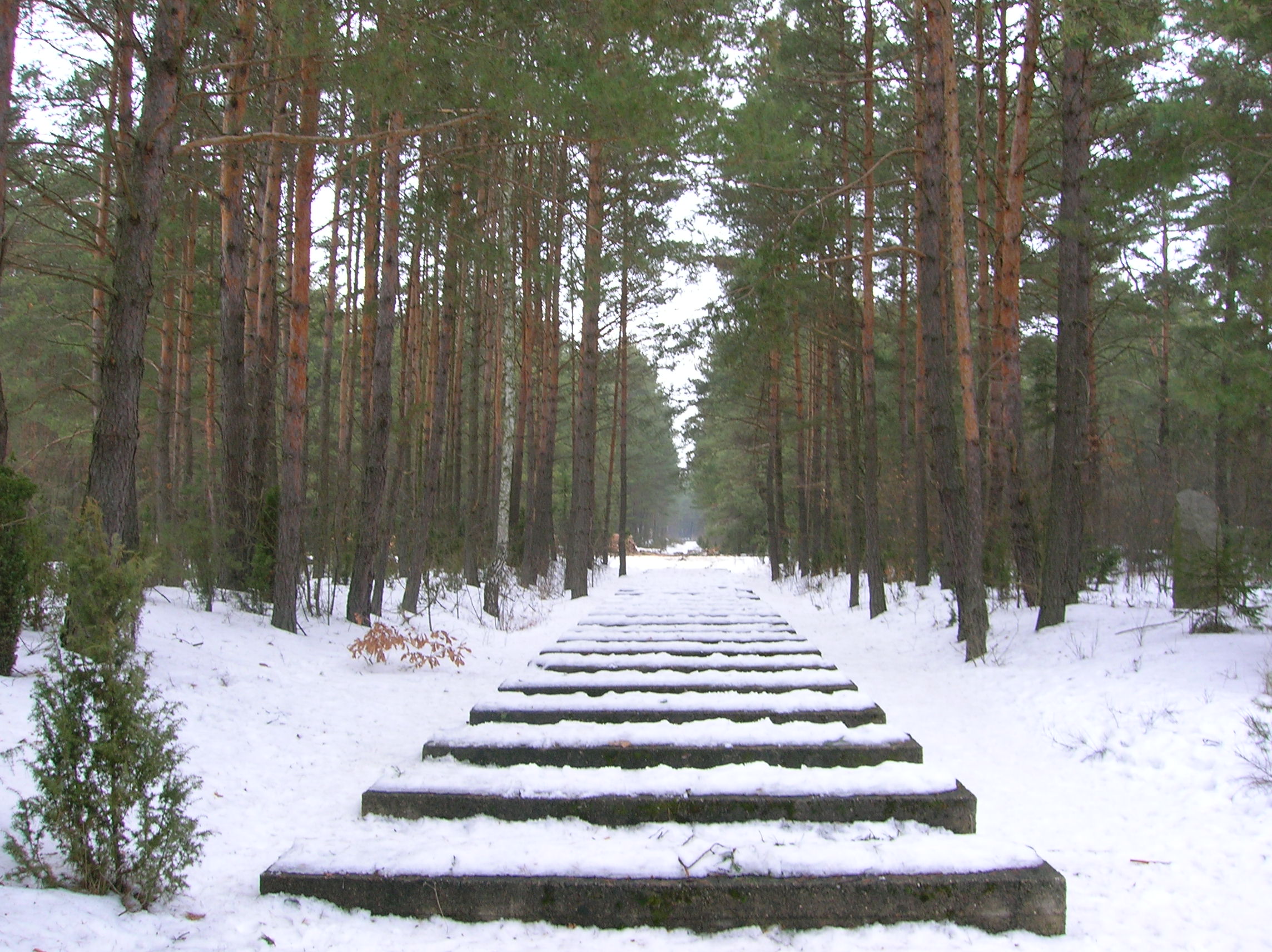 Treblinka was a Nazi extermination camp in Poland. It is located approximately 100 km northeast of Warsaw on the banks of the West Bug River near the village of the same name. Originally (from 1941) it was a labor camp, but already in July 1942 an extermination camp, the so-called Treblinka II, was established, where systematic extermination was carried out, mainly of Polish Jews. The camp was abolished after the revolt in August 1943. Estimates of the number of murdered people vary widely, most often 730,000 to 900,000 dead (up to 1,000,000 according to other sources). It thus became the second most murderous camp after Auschwitz-Birkenau II during the Holocaust. Only escaped prisoners survived. Due to the relatively short period of operation (July 1942 - August 1943) and the number of victims, Treblinka holds the terrifying record for the number of people murdered in one place in the entire history of mankind. Most of the prisoners were brought by transports from the Warsaw Ghetto.

Treblinka was one of three extermination camps established during Operation Reinhard, the other two being Belzec and Sobibór. The construction of the three extermination camps was based on the findings of the Chełmno camp pilot project. Operation Reinhard was overseen by Heinrich Himmler himself and directed by Odilo Globocnik in Poland. The extermination camps of Operation Reinhard did not fall under the same category and management structures as other concentration camps. Even before the launch of Operation Reinhard, around one million Jews were exterminated. And mostly members of the mobile units of the Einsatzgruppen under the SS, who murdered in the territory occupied by the Germans. During the systematic extermination, it became clear that the Germans could not shoot the millions of Jews who were concentrated in the Warsaw ghetto and in other ghettos and concentration camps throughout the country. The solution found involved the construction of extermination camps. Treblinka was ready for operation on July 24, 1942, when the transfer of Jews to the camp began. According to SS Brigadeführer Jürgen Stroop, between July 22 and October 3, 1942, around 310,000 people were moved to Treblinka from the Warsaw Ghetto. The camp consisted of two parts: Treblinka I (it was divided into two further subsections) and Treblinka II. The first part of Treblinka I served as an administrative part, which contained quarters for the SS units, a sector of the Ukrainian Guard, headquarters, a bakery, warehouses and living quarters for the 1,000 prisoners who ran the camp. The second part of Treblinka I served as a receiving station for newly arriving trains and their cargo. Extended tracks from the Treblinka railway station, 2.5 kilometers away, led here. In the back area there were two buildings that served as a warehouse for the property of the brought prisoners. One building was used as a place for women to undress and have their hair cut. There was also a treasurer's office where prisoners could store their valuables for security reasons. There was also a so-called infirmary (Lazarett) to which the wounded, sick and dead people were taken. It was a vast house, the foundations and siding of which can still be seen today. Treblinka II was located on a small hill leading to a road surrounded by barbed wire, which the SS troops nicknamed Himmelstraße - Road to Heaven. The road led directly to the facility with the gas chambers. In September 1942, a new gas chamber was commissioned, capable of murdering 3,000 people in 2 hours. Exhaust gas from a gasoline engine (allegedly Russian-made) was used for gassing, the victims suffocated with carbon monoxide. In the initial phase, the bodies were buried in mass graves or bought in Camp II, as the prisoners did not have time to bury the bodies. The work in burial lagged behind