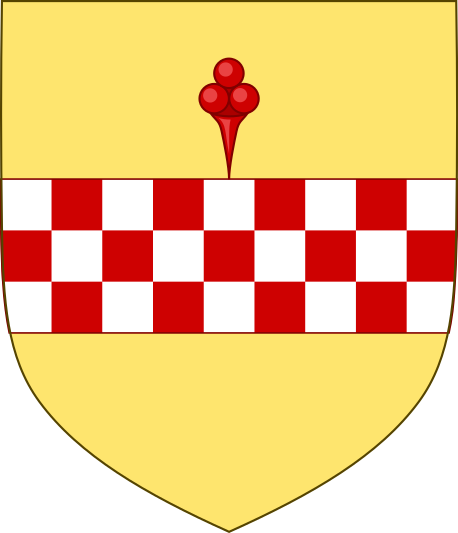 Albert Gaston Spinola Count of Bruay (* 1601 or 1610 in Bruay-en-Artois; † March 6, 1645 near Jankau) was an imperial officer in the Thirty Years' War. He served as cavalry general under Octavio Piccolomini and Matthias Gallas, rising to the rank of lieutenant field marshal. In the fight against the Swedes in the second half of the war he was first taken prisoner in 1639 near Chemnitz. Three years later he commanded the right wing of the Kaiserliche at the Battle of Breitenfeld. In 1645 he suffered fatal wounds in the Battle of Jankau.

Albert Gaston was born in the early 17th century as the son of Bertin Spinola von Bruay († 1618) from the famous Genoese Spinola family in what was then Spanish Artois. His mother was probably Claire de Ligne von Arenberg (1594-1670), a daughter of Count Karl von Arenberg. He had a younger brother named Philippe Charles (1612-1670), who served in the Spanish Army of Flanders and was the last Spanish governor of Lille from 1655 to 1667. Albert Gaston, always named Bruay in the sources after his title, joined early of the imperial army. He is first mentioned as part of the garrison of Brandenburg an der Havel that surrendered to a Swedish siege on February 1, 1631 and was allowed to withdraw freely. On the retreat from the defeat by the Swedes at Breitenfeld, Bruay wanted to move into Salzungen with a detachment of soldiers. When the city refused him entry, Bruay first tried in vain to pressurize them by digging out the water and finally gained access by breaking down a city gate.

Promotion as an officer

In 1633 Bruay became lieutenant colonel and commander of the imperial regiment Alt-Sachsen of Julius Heinrich von Sachsen-Lauenburg, which was under General Heinrich von Holk in Bohemia and Sachsen. The next year the regiment fought in victory at the Battle of Nördlingen, which broke Sweden's hold on southern and central Germany. In 1635 Bruay became colonel and proprietor of the regiment. In July of that year, during the siege of Mainz, he stayed in the Gustavsburg, which had been conquered by the Swedes, and awaited orders from the imperial commander-in-chief Matthias Gallas. With his troops, Bruay then moved under Gallas to Lorraine against the French who had entered the war. Bruay's troops moved into winter quarters in early 1636 around Coburg. In April, one and a half companies of his regiment moved into the county of Schwarzburg-Sondershausen. At the request of the counts from Elector Johann Georg von Sachsen, he ordered the troops to withdraw, who left the county at the beginning of May after having extorted larger compensation from the citizens. In the second half of the year, Bruay accompanied the French campaign under General Gallas to Burgundy. From there he reported in October to Melchior von Hatzfeldt on the conquest of Mirebeau-sur-Bèze Castle. After the campaign was broken off, Bruay was sent in January as reinforcements to the Lower Rhine-Westphalian Reich circle, where Hatzfeld's army, which had been defeated by the Swedes at Wittstock in northern Germany, had retreated. From Rotenburg an der Wümme, he asked Gallas to be sent to Flanders in early 1637 to become because he is no longer needed in northern Germany. Instead, his regiment was sent to Thuringia in April, where it extorted contributions from the residents in the vicinity of the Swedish base in Erfurt. His people plundered the town of Schlotheim and robbed many fugitive residents on the Hainleite. In May his regiment came to Franconia, in the middle of the year he moved to Pomerania under Gallas, who pushed the Swedes back to the Baltic coast with his and Hatzfeld's army and tried to enclose them in their coastal forts. beginning