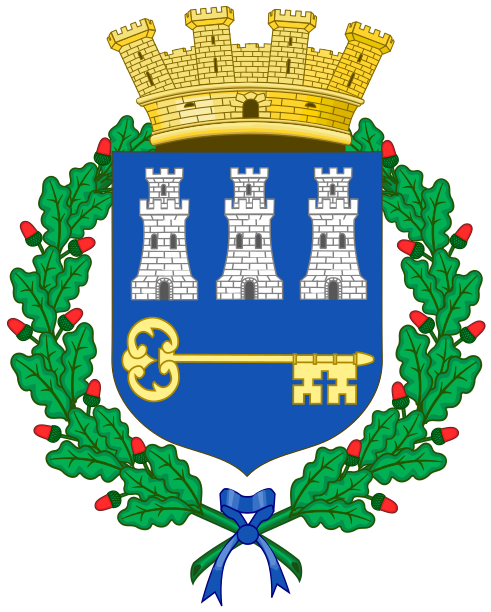 Havana (Spanish La Habana), full name Villa de San Cristóbal de la Habana, is the capital of the Republic of Cuba and at the same time an independent province. With around 2.10 million inhabitants and an area of ​​728.26 km², it is the second largest metropolis in the Caribbean after Santo Domingo. The city borders in the north on the Atlantic Ocean or the Strait of Florida and extends south and west of the Bay of Havana ("Bahía de La Habana"). The river Almendares crosses the city from south to north and finally flows west of the bay into the Florida Strait. The bay to the east of the center is home to the city's three major ports: Marimelena, Guanabacoa and Atarés. Havana was founded by the Spanish in 1519 due to its strategic location. The city served as a fulcrum from which the Spaniards continued to conquer the Caribbean-Central American region as far as North America. Philip II of Spain granted Havana city rights in 1592, but Havana had been the capital of Cuba since 1552. The sinking of the USS Maine in Havana Harbor in 1898 immediately sparked the Spanish-American War. The city is the political center of the country and the seat of government, numerous ministries and companies as well as over 90 embassies. Marta Hernández Romero (PCC) has been the mayor of Havana since 2011. The city is also a tourist center of Cuba, in 2010 1.17 million tourists visited the city, 46% of all visitors to the country. The old town, La Habana Vieja, has been a UNESCO World Heritage Site since 1982.

The city of La Villa de San Cristóbal de La Habana was founded on November 16, 1519 at the behest of the Spanish King and Roman-German Emperor Charles V. The name is made up of the name of the city's patron, San Cristóbal, and the name under which the settlement was previously known: Habana. The inhabitants of Havana are called Habaneros. There are various hypotheses about the origin of the name Habana. The most common of them says that the name can be traced back to a local Taíno chief named Habaguanex, who controlled the areas of the first settlement on the south coast of what is now Mayabeque Province.

Havana is located on the northwest coast of Cuba, south of the Florida Keys, where the Gulf of Mexico meets the Caribbean. The city extends mainly south and west of the bay, which divides the city into its three main ports: Marimelena, Guanabacoa, and Atarés. The Almendares River flows through the city from the south and flows into the Florida Strait a few kilometers west of the bay. The city is located on low hills that rise slightly above the strait. One of the highest points is a 60 meter high limestone hill that extends from the east of the city to the colonial fortresses of La Cabaña and El Morro. There is also a slight elevation in the western part of the city in the area of ​​the University of Havana. Outside the urban area, Havana is bordered by higher hills to the west and east.

Havana is an independent Cuban province. Havana can be roughly divided into the inner-city districts of Old Havana (Habana Vieja), Centro Habana and Vedado, as well as the suburbs. Havana's old town is a UNESCO World Heritage Site and there are also many tourist attractions such as Plaza Vieja or the Malecón promenade. In the newer district of Vedado, which is located in the north-west of the city, numerous nightlife facilities and shopping opportunities were created, especially in the 20th century, which today compete with those in the old town. The city is divided into 15 districts (Municipios), which in turn are divided into 105 districts (Consejos populares)