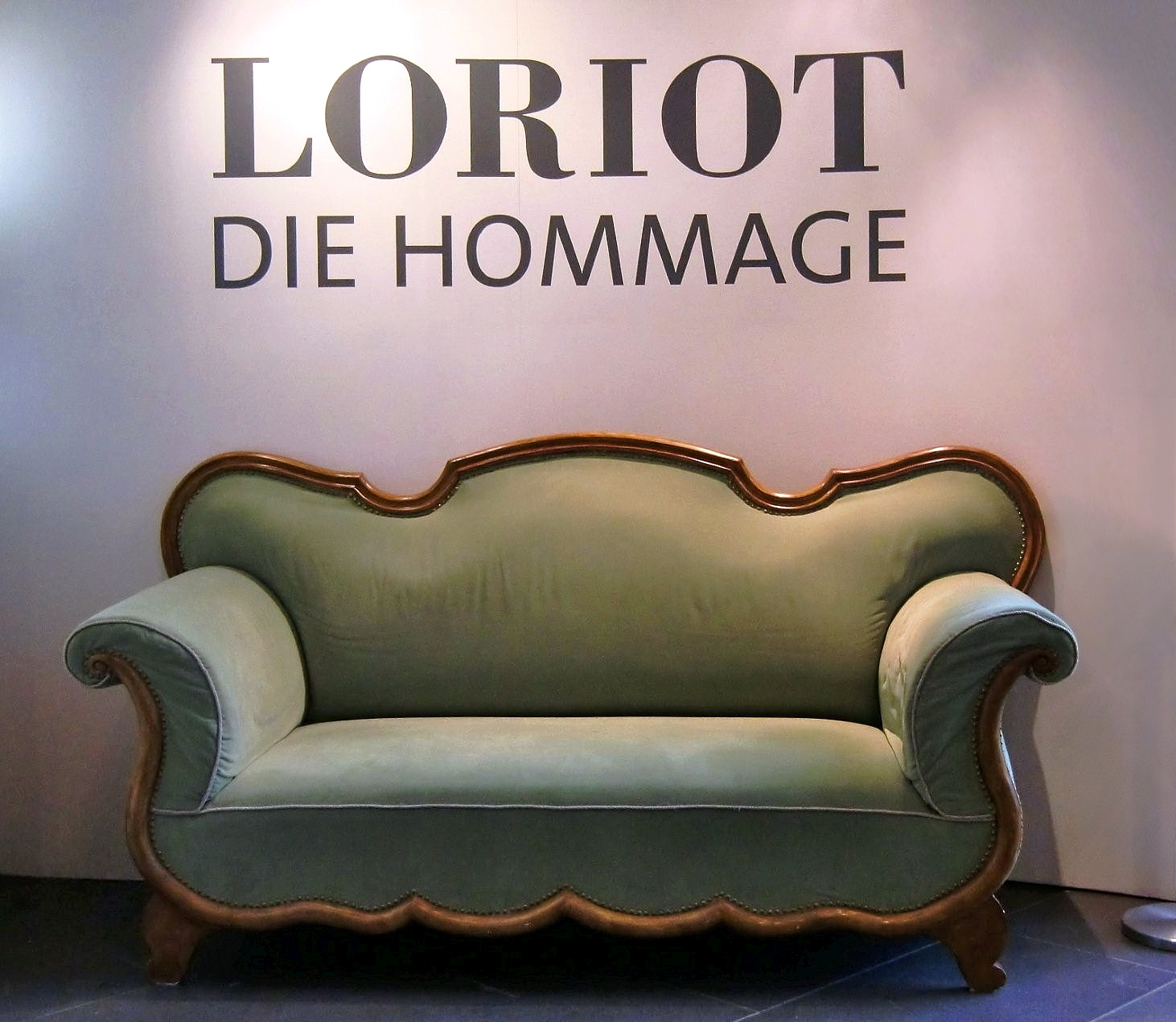 Loriot is a German comedy television series produced by Radio Bremen from 1976 to 1978. Sketches and cartoons by and with Loriot were shown in each of the six episodes (numbered with the Roman numerals I–VI). Some of these achieved cult status. In the 1990s, the short films were reassembled into 14 programs of 25 minutes each, supplemented with works from other television programs featuring Loriot. In October 2007, the six episodes in largely the original order and length on the DVD box Loriot - published the complete television edition.

In the mid-1970s, Loriot decided to produce a follow-up program to his Cartoon series (1967–1972; Telecabinet special, 1974) that he had produced for the Süddeutscher Rundfunk. He followed the call of Dieter Ertel, the program director at Radio Bremen at the time, who offered him ideal working conditions, and rejected offers from other, larger television stations. Ertel, who from 1968 to the end of 1973 was head of the culture and society television program department at SDR, already knew Loriot from their collaboration on cartoons, which led to a friendship. In addition to Loriot, the editorial team for the new series included Jürgen Breest, head of television at Radio Bremen, and Stefan Lukschy. Loriot wrote the screenplays for all episodes and directed them. Evelyn Hamann, who acts as Loriot's comedian and main actress in many sketches, thwarted Loriot's ideas of the female lead when they first met. He had in mind a medium-sized, plump, 50-year-old, blond, permanently waved housewife, who did not correspond at all to the slender, tall and still young Hamann with her brunette mane. However, she convinced Loriot with her precision and versatility, her calmness and her voice, which made him change his concept. Most of the shooting took place in Bremen. This is how the sketch Gran Paradiso came about in the large housing estate Tenever in Bremen-Osterholz, which was still under construction at the time. The sketch parking fees was filmed at Ulrichsplatz in downtown Bremen.

Loriot hosts the program and, together with other actors, parodies everyday situations in sketches. Next to them are short cartoons drawn by Loriot. A green Biedermeier-style sofa serves as a seat. In episodes V and VI, Evelyn Hamann acts as co-moderator.

Episodes I and II have subtitles, which were omitted from episode III.

First aired: October 18, 1976 The original version of Episode II also included the animated film The Mad Baker by Ted Petok, which was actually already intended for the cartoon series. This film was omitted from later TV reruns and releases on VHS cassettes and DVDs, since only the dubbing came from Loriot. Instead of this six-minute film about a man-devouring chocolate cake, which Loriot hosted as an adaptation of Frankenstein, the animated film Der Kunstpfeifer and the sketch Flute Concerto were later broadcast in episode II.

First Aired: December 7, 1978 The films in Episode VI are more intertwined than in the previous episodes and follow a plot that builds on one another. Thematically, there is a Christmas focus corresponding to the "quiet pre-Christmas period in which we are now" (welcome text Loriots be