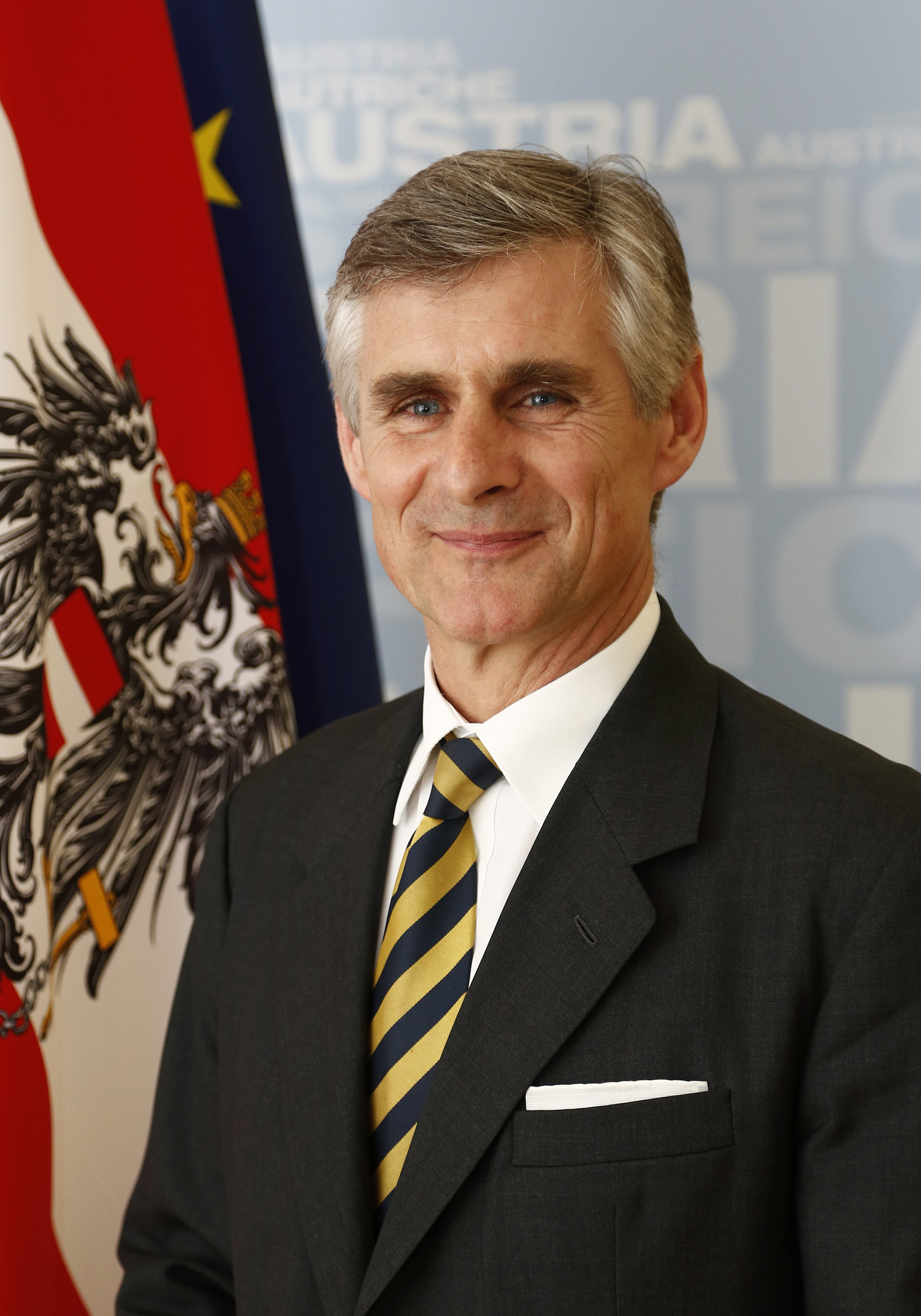 Michael Linhart (born August 31, 1958 in Ankara, Turkey) is an Austrian diplomat and since October 11, 2021 Federal Minister for European and International Affairs of the Republic of Austria (Federal Government Schallenberg). Before that, he was Ambassador of the Republic of Austria to France from 2018 to 2021 and Secretary General at the Federal Ministry for Europe, Integration and Foreign Affairs from 2013 to 2018.

Michael Linhart was born on August 31, 1958 in Ankara, Turkey, where his father was a diplomat at the Austrian embassy. He attended high school in Feldkirch in his Vorarlberg homeland and graduated there in 1976. Subsequently, from 1976 to 1977 he did his military service in the Austrian Armed Forces before he began studying law at the universities of Salzburg and Vienna. In 1985 Linhart received his doctorate in law in Vienna. In the same year he completed the legal practice. Michael Linhart joined the diplomatic service in 1986 and was deployed first in the Foreign Ministry itself and then in the Austrian Embassy in Addis Ababa. In 1988 he was transferred to the embassy in Damascus, where Linhart became the first embassy secretary and deputy head of the embassy. Four years later, in 1992, Linhart became counselor and deputy head of the embassy in Zagreb, which he remained until 1995. In August 1995 Michael Linhart was appointed personal secretary in his cabinet by then Foreign Minister Wolfgang Schüssel, with which he returned to Vienna. After Schüssel rose to the position of Federal Chancellor in 2000, Linhart was appointed his personal advisor on foreign policy issues and at the same time was appointed Austrian ambassador to Damascus. From 2003 to 2007 he was managing director of the newly founded Austrian Development Agency of the Ministry of Foreign Affairs. Linhart was reappointed to the post of ambassador in 2007 when he became the Austrian ambassador in Athens. Michael Linhart returned to Austria in 2012 to become head of the development cooperation section in the Foreign Ministry. On December 2, 2013, Linhart was appointed Secretary General in the Ministry of Foreign Affairs, making Linhart the highest official in the Ministry. Under the new Foreign Minister Karin Kneissl, Linhart's appointment as Secretary General was not extended, which is why he was appointed to this position by Johannes Peterlik on June 1, 2018 was replaced. In the summer of 2018, Michael Linhart subsequently took up the post as Austrian ambassador in Paris. Linhart held this diplomatic post until his appointment as Foreign Minister of the Republic of Austria in October 2021.

On October 11, 2021, Michael Linhart was sworn in as Foreign Minister by Federal President Alexander Van der Bellen as the successor to Alexander Schallenberg, who was appointed the new Austrian Chancellor on the same day. After the resignation of Chancellor Sebastian Kurz, Schallenberg succeeded him as head of government and in his first official act proposed Linhart as his successor in the Foreign Ministry.

Michael Linhart is married and has three children. His younger brother Markus Linhart (* 1959) was Mayor of Bregenz from 1998 to 2020. Michael Linhart has been a member of the Catholic student association KHV Babenberg Vienna in the ÖCV since 1977.