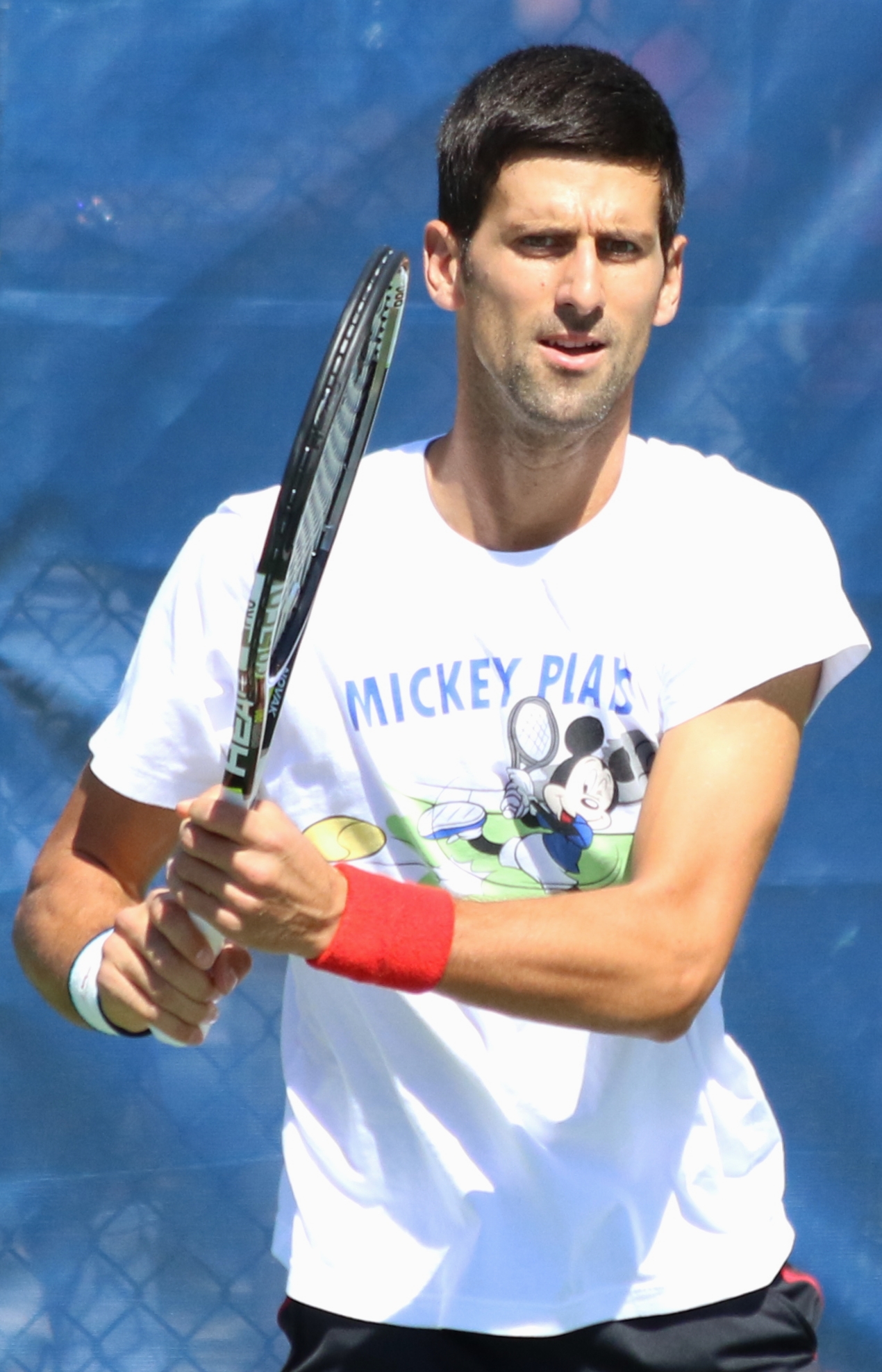 Novak Đoković (Serbian Cyrillic [nôʋaːk dʑôːkoʋitɕ], English Novak Djokovic; born May 22, 1987 in Belgrade, SR Serbia, SFR Yugoslavia) is a Serbian tennis player. Đoković is the current world no. He also holds the record for most weeks in first place. In his career he has won 86 singles titles and one doubles tournament. Đoković has been successful in Grand Slam tournaments twenty times and thus holds the record together with Roger Federer and Rafael Nadal. He is one of three players who have won each of the four Grand Slam tournaments at least twice. He won the Australian Open nine times (record), Wimbledon six times, the US Open three times and the French Open twice. Success at the 2016 French Open made him the third player in history, after Don Budge (1938) and Rod Laver (1962 and 1969), to win all four consecutive Grand Slam tournaments. In addition, Đoković won the ATP Finals five times, 37 tournaments in the ATP Masters 1000 series and the Davis Cup in 2010. Đoković was the first and only player to date to win at least one success (Golden Masters) in all current tournaments in the Masters series. Đoković also became the first player in history to reach $100 million and $150 million in tournament prize money respectively.

Novak Đoković is a polyglot; In addition to his native Serbian, he also speaks English, French, Italian, German, Slovak and Spanish. He grew up in Belgrade, later he moved to Monaco. At the end of 2020 he bought a villa in Marbella in southern Spain. On July 10, 2014 he married his "childhood sweetheart" Jelena Ristić, with whom he had been in a relationship since 2005. His son was born in October 2014 and his daughter in September 2017.

Together with father Srđan, mother Dijana and his two younger brothers Marko and Đorđe, Novak Đoković grew up in the Serbian capital of Belgrade. Đoković started playing tennis at the age of four and practiced the sport himself during the Yugoslav wars. At the age of twelve he came to Nikola Pilić's Tennis Academy in Munich. In 2003 he made his professional debut and was 679th in the ATP rankings at the end of the year.

In the juniors he made it into the semi-finals of the Australian Open in 2004. At the Lambertz Open 2004 in Aachen he won his first ATP Challenger tournament. As a professional in 2005, he reached the third round qualifiers at both Wimbledon and the US Open, defeating some higher-ranked players such as Gaël Monfils and Mario Ančić. He ended the year in 78th place in the rankings. In 2006 he reached the semi-finals of the ATP tournament in Zagreb and the quarter-finals of the French Open, when he only had to retire against eventual winner Rafael Nadal after falling 2-0 sets due to back problems. On his way to the quarterfinals, he beat Fernando González and Tommy Haas, two players who were well ahead of him in the world rankings. In July he won the ATP tournament in Amersfoort, Netherlands. In October he won in Metz, France, which took him up to 16th in the rankings.

In 2007 Djokovic reached the round of 16 of the Australian Open, where he lost to world number one Roger Federer. In March he reached the final of the Masters tournament in Indian Wells, where he lost to Rafael Nadal. With these results, Đoković was the first Serbian tennis player to reach the top ten. On April 1, he became the youngest player in the history of the tournament to win the Masters tournament in Miami when he defeated Guillermo Cañas 6-3, 6-2 and 6-4. At the Masters Turn