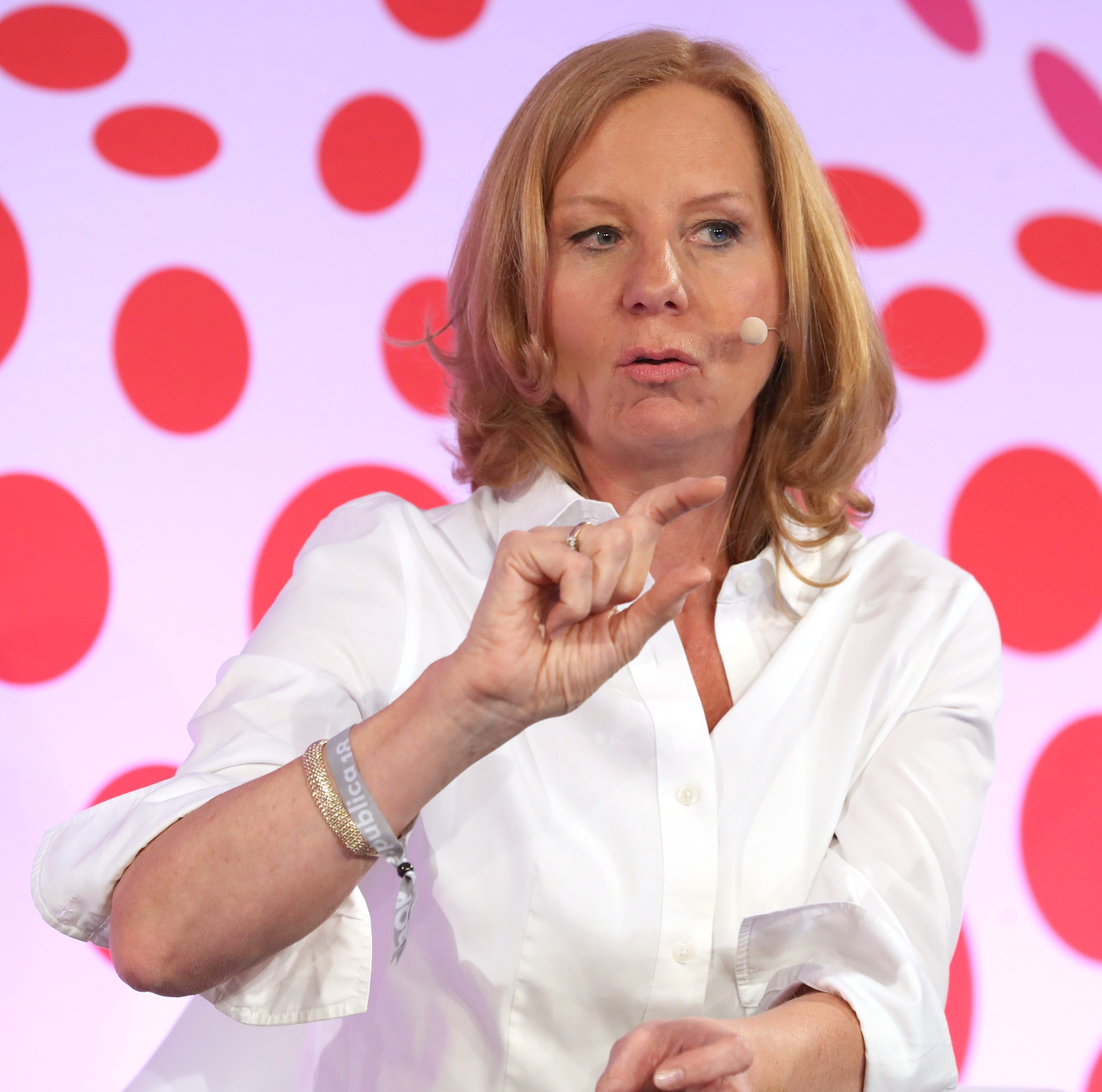 Patricia Schlesinger (born July 14, 1961 in Hanover) is a German journalist and television presenter. She has been director of RBB since July 1, 2016, and chairwoman of ARD from January 1, 2022 to August 4, 2022. She resigned from these offices at the beginning of August 2022 after media reports made public allegations that she had repeatedly billed expenses incorrectly and accepted benefits, and that she had also come under political pressure as a result. Schlesinger was initially on leave as director until the final termination of the employment relationship. Shortly after her resignation, it became known that a public prosecutor had opened an investigation against her on suspicion of infidelity, acceptance of advantages and nepotism. The Broadcasting Council of Rundfunk Berlin Brandenburg (RBB) dismissed the resigned director Patricia Schlesinger with immediate effect on August 15, 2022. Before moving to RBB, she was head of the culture and documentation program at NDR television from 2007. From June 2019 to August 2022 she was also chairwoman of the supervisory board of the ARD production company Degeto Film.

Schlesinger's father, Peter Schlesinger, fled East Germany in the 1950s and was a director at Preussag. Her grandfather Artur Schlesinger was a resistance fighter and later, as a politician of the GDR block party LDPD, a member of the People's Chamber and Saxon Minister of Health; her great-grandmother Rieke Schlesinger died in 1942 in the Theresienstadt concentration camp. Schlesinger attended high school in Bad Nenndorf and graduated from high school in 1980. She then studied economic geography, political science and social and economic history in Hamburg. Meanwhile, in 1983, she worked as a freelancer for the NDR and the Hamburger Abendblatt. In 1984 she continued her studies in Aix-en-Provence. After graduating in Hamburg, Schlesinger completed a traineeship at NDR in 1988/89; In 1990 she became a reporter for the ARD magazine Panorama. From 1995 to 1997 she was head of the ARD foreign studio in Singapore, where she was responsible for reports from twelve Southeast Asian countries. Schlesinger returned in 1997 and took over the moderation of Panorama until the end of June 2001. At the same time, from 1999 she was head of the international television department. She was also often seen on the satire magazine extra 3 and moderated several ARD focal points. In August 2001, Schlesinger took over as foreign correspondent from Robert Hetkämper at the ARD studio in Washington. In 2004 she returned to Hamburg and became head of the International and Current Affairs department at NDR. Her husband, the journalist Gerhard Spörl, was Spiegel's USA correspondent in Washington at the time and, after returning to Hamburg together, from January 2005 to 2010, became head of the international department at Spiegel's Hamburg headquarters. In March 2006, Schlesinger took over the management of the NDR department for documentation and reports in the program area culture. From May 7, 2007 she was the head of the program area culture and documentation. In April 2016 Schlesinger was elected director of the RBB after six ballots. Her opponent was Theo Koll. She took office on July 1, 2016. On September 10, 2020, she was unopposed for a second term. On June 6, 2019, she was elected to succeed Lutz Marmor as Chair of the Supervisory Board of the ARD production company Degeto Film. On January 1, 2022, she took over the position of ARD chairwoman from Tom Buhrow as the first RBB director. Schlesinger gave up the ARD chairmanship on August 4, 2022 and the RBB chairmanship on August 7, 2022. On August 14, 2022, she was dismissed from the Degeto Supervisory Board. Schlesinger has been married to the journalist Gerhard Spörl since 1999 and is the mother of a daughter (* 2000).

Investigations and dismissal as RBB director