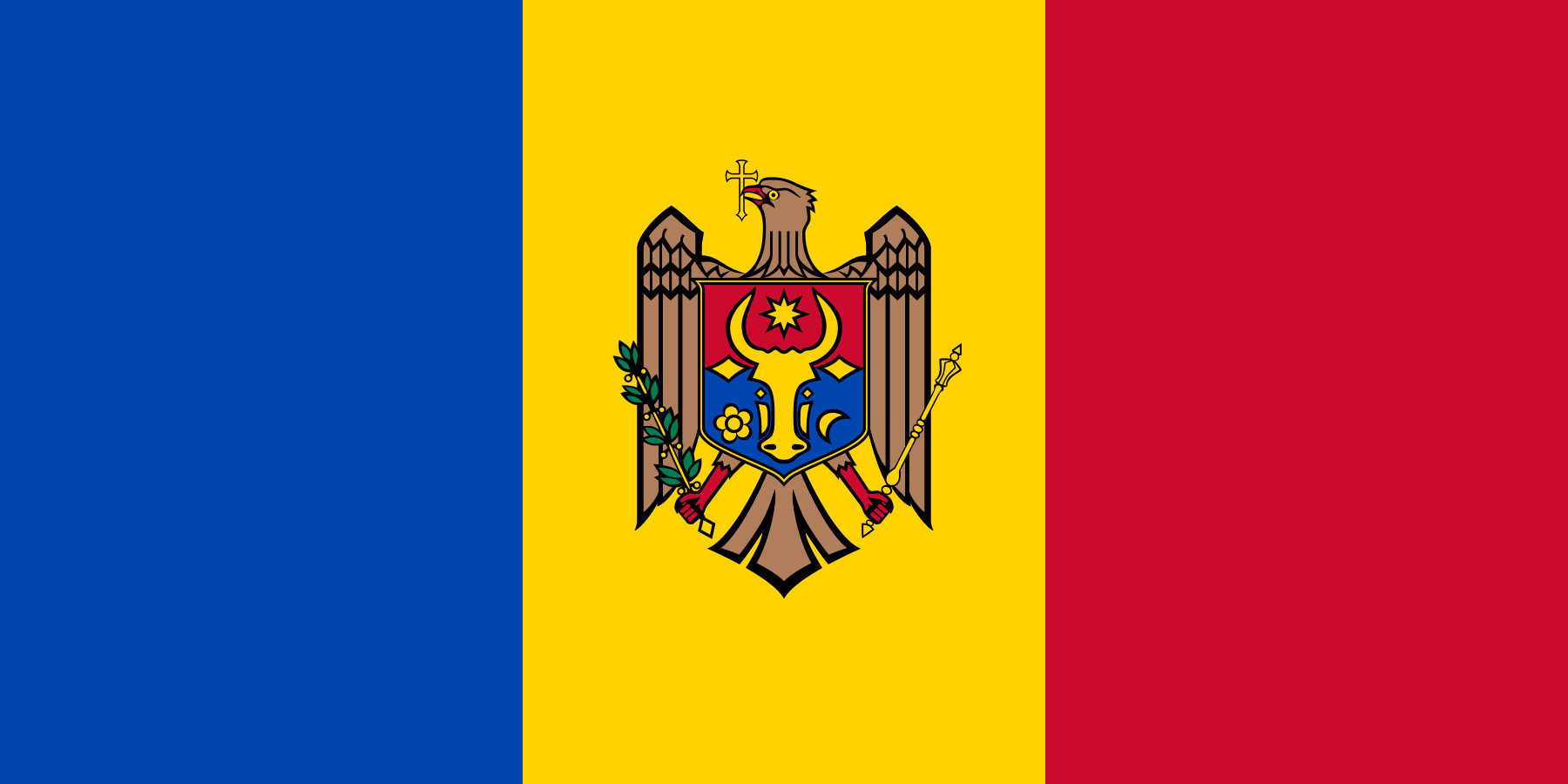 The Republic of Moldova (Moldau for short; officially Republica Moldova in Romanian, in Switzerland officially Republic of Moldova or Moldova; commonly also Moldova) is a landlocked country in Southeastern Europe. It borders on the EU state of Romania to the west. In the north, east and south, the Republic of Moldova is completely surrounded by Ukraine, because the Ukrainian region of Budschak, which was separated from Bessarabia, lies between Moldova and the Black Sea. Historically, the territory belonged to this state from the founding of the Principality of Moldova, from 1812 to the Russian Empire, after the First World War largely to Romania, since 1940 to the Soviet Union. The Republic of Moldova has only existed as an independent state since 1991, when the Moldavian SSR declared itself independent during the dissolution of the Soviet Union. Since then, the country's political development has been significantly hampered by the Transnistria conflict. The country has been an EU accession candidate since June 23, 2022.

The Republic of Moldova stretches 350 kilometers north-south and 150 kilometers west-east, covering a total area of ​​33,843 square kilometers. This makes the country one of the smaller ones in a global comparison. The core area lies between the two largest rivers, the Dnister (Moldovan/Romanian: Nistru) and the Prut (Prut), and thus in the historical landscape of Bessarabia. The north borders on the Podolian Plateau of western Ukraine. The southernmost point of the Republic of Moldova is Giurgiuleşti, where the country has an approximately 600 meter long access to the Danube. The south-eastern tip of the country extends to a little more than two kilometers from the Dniester-Liman, the estuary of the river Dniester into the Black Sea. A smaller part of the country with about 17% of the population on 12% of the area lies east of the Dniester and split off in 1992 in the course of the Transnistria conflict under the name Transnistria.

The Prut flows into the Danube near the southern border of the Republic of Moldova. The larger tributaries (Bîc, Răut and Botna) run mostly parallel and drain to the Dniester. The landscape is flat (between 30 m and 430 m) and 80% cultivated land, thanks to the fertile black earth in the steppe of the south. In the north there are hilly plains with sparse oak forests and tree steppes. The highest point in Moldova is Dealul Bălăneşti (430 m). The warm, dry climate allows for large-scale wine and fruit growing. Native animals include deer, wild boar, rabbits, foxes, wolves, weasels, polecats and lynxes, as well as rodents. The central part of the country, colloquially known as Codrii ('the woods'), is predominantly covered with oak and beech forests.