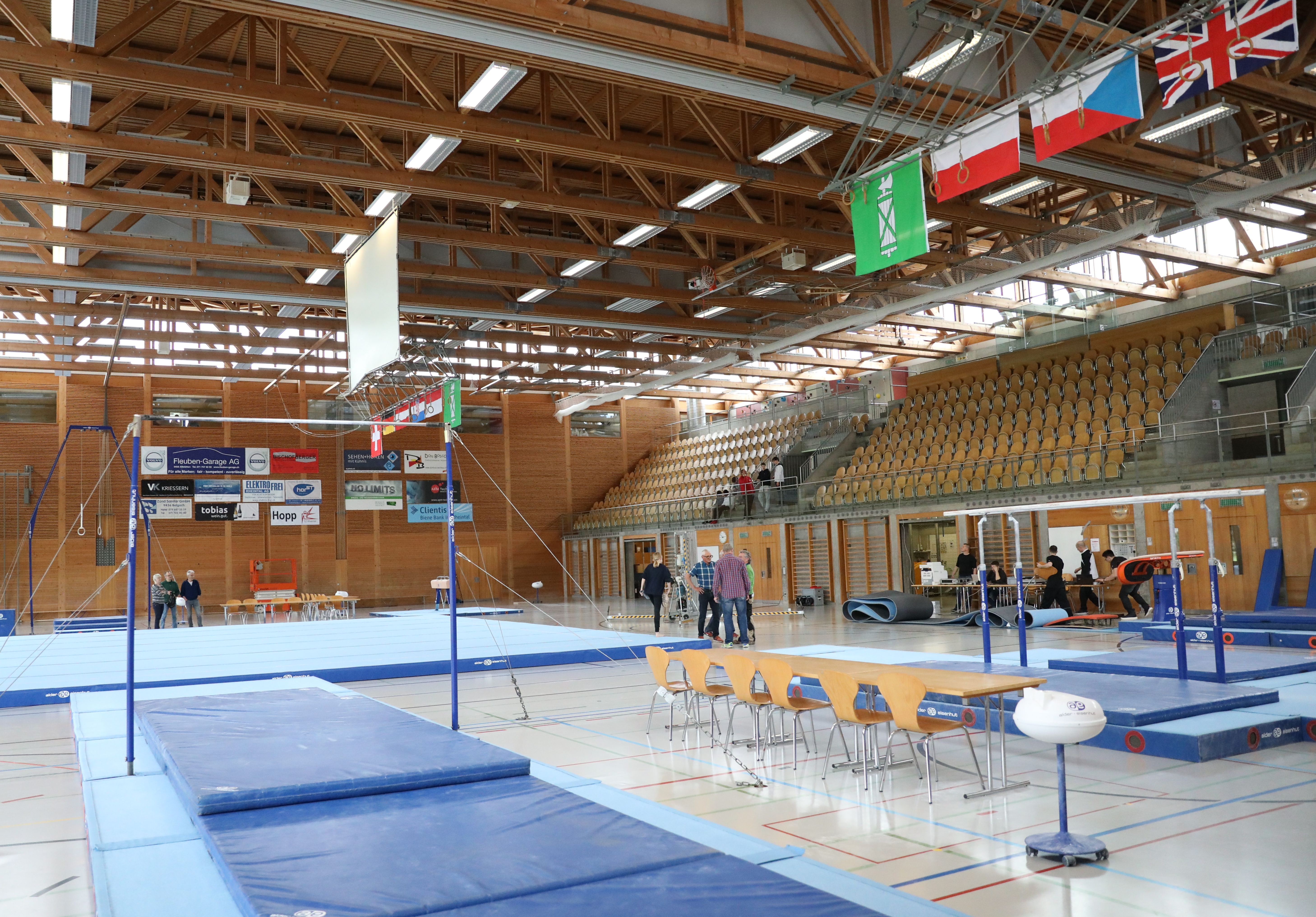 The Rheintalcup is the only international artistic gymnastics tournament for male juniors and seniors in Switzerland. With the exception of the first edition in 1995, the competition took place in Widnau in the St. Gallen Rhine Valley. The Rheintalcup serves as a qualifying competition for older gymnasts for various national and international competitions in the junior and senior sections. On a second day of competition, younger Swiss gymnasts compete as part of the annual Eastern Switzerland Cup.

In the years 1985 to 1994 artistic gymnastics competitions took place in the St. Gallen Rhine Valley. The Meyer Cup was held ten times in Diepoldsau before the first Rhine Valley Cup took place at the same location in Kleewies on April 9, 1995. The competition got its name from the region. Since the second edition in 1996, the competition has been held annually in Widnau, most recently in the Aegeten sports hall. There were exceptions to the annual rhythm in 2006, when the St. Gallen Artistic Gymnastics Days took place instead, and in 2020 and 2021 due to the cancellations due to the COVID-19 pandemic. The 25th anniversary edition, which was already planned in these years, was made up for in 2022. At first the competition only consisted of a regional part, in later years it was supplemented by an international part.

The organizer of the competition is the Turnzentrum Rheintal. The association was founded in 1995 from the TZ Diepoldau (later KTZ Diepoldsau-Schmitter) and offers training opportunities for boys from four to 13 years of age before they can switch to the Regional Training Center East in Wil if they perform well. The competitions at the Rheintalcup take place early in the competition year and often serve as orientation. Unlike other international competitions in other countries, the largest international competition in artistic gymnastics for male juniors and seniors in Switzerland is not organized by a national but by a local organizer. The Swiss Cup, which has an even higher international profile and takes place at the end of the competition year, offers a kind of cup competition with duels between two countries and separates the junior and senior competitions instead of an all-around competition with finals. As is usual with other competitions of this kind, the Rheintalcup is supported not only by entry fees, but also primarily by sponsorship, raffles and the use of volunteers from the association, and generates a quarter of the annual budget of the Rheintal Gymnastics Center. In addition to show competitions of local gymnastics groups, majorettes from the Czech Republic are part of the program and show their exercises at the award ceremonies and accompany the gymnasts when they march in and change apparatus at their competitions. In the sports center Aegeten itself there are rooms for participants in the competition.

Since the competition weekend cannot take place in the small training hall of the TZ Rheintal, the multi-purpose hall in the Aegeten sports center in Widnau will be converted for the occasion. The mats prescribed by the International Gymnastics Federation and the six pieces of Olympic gymnastics apparatus are set up on the hall floor by volunteers from the association. As is usual in international competitions, there will be a podium training session on the set-up equipment before the competition, which will allow the gymnasts to make final preparations. On the one hand, the special features of these devices should be learned in order to adapt to the competition. On the other hand, entire exercises or relevant elements can be tried out again on the equipment on site in order to determine the final exercise for the competition together with the trainer. Since the training for juniors and seniors from all participating countries is designed as free training, there is also the opportunity to do gymnastics