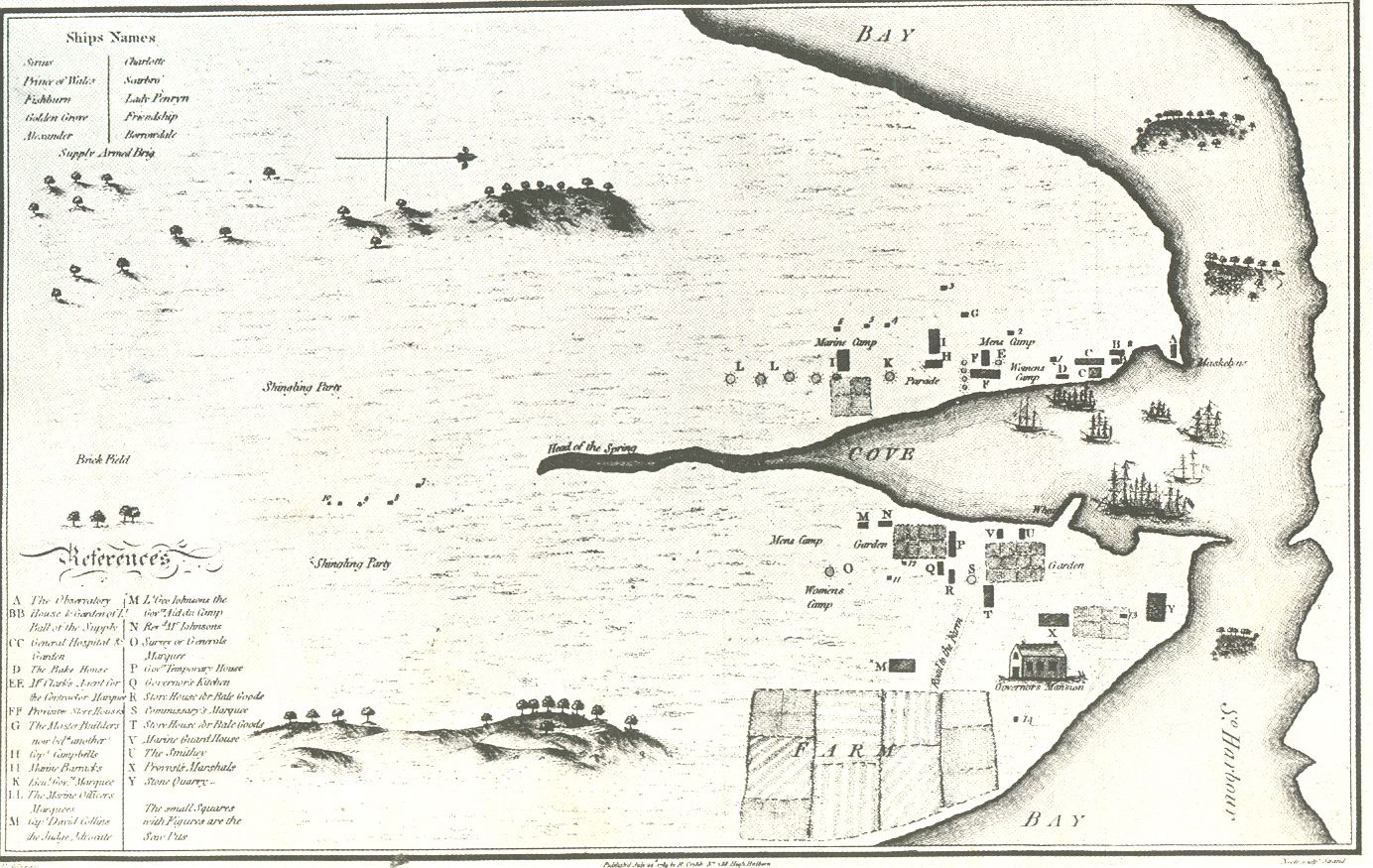 The term convict colony Australia is common for designating early Australia. In the former colony of Australia there were several convict colonies first in Sydney and the later resulting New South Wales, a "branch" of Sydney on Norfolk Island, also in Tasmania, then "Van Diemen's Land" and towards the end of the convict shipments of 1851-1868 in Western Australia. The shipping and moving of convicts to Australia, called "transportation" in English, began in 1787, with the departure of the eleven ships of the First Fleet, and legally ended on June 26, 1857. In fact, however, it did not end until January 9, 1868, when the ship Hougoumont landed in Fremantle, Western Australia. In an official statement, the Australian government assumes a total of around 162,000 convicts who were transported on 806 ships.

Up until the early 18th century, English criminal law imposed the death penalty for high treason, murder, manslaughter, bodily harm, robbery, rape and theft, including forgery and counterfeiting. Deportation to penal colonies was considered a substitute for the death penalty. It remained in force as a substitute for the death penalty until June 26, 1857. A law from 1718 permitted deportation for offenses with a penalty of seven years, including petty theft. This meant that almost all crimes could be punished with the same level of punishment. In 1784 King George III. empowered by an Act of Parliament to designate suitable places of dispatch. He and the Council of State decided on December 6, 1786 to establish a prison site on the east coast of Australia. Captain Arthur Phillip was appointed the first leader of the transport and also the first governor of New South Wales.

The social situation of the English population was not bad until the loss of the American colonies in the War of Independence of 1783, but as a result of the mechanization of work in factories with low wages, child labor and long working hours without opportunities for recreation, impoverishment set in. With the loss of the American colonies, the social situation continued to deteriorate and the crime rate continued to rise. Previously, criminals had been banished to the American colonies for punishment. The prisons and the alternative accommodation in prison ships were exhausted to accommodate the numerous prisoners. New alternatives for accommodation were needed. These factors led to the British government's decision in 1787 to establish a penal colony in New Holland, as Australia was then called.

Another possible reason for the establishment of the Australian colony is that England, after losing the North American colonies, had gotten into a politically defensive position towards France and wanted to strengthen its military presence in the Pacific region by establishing a fortified convict colony.

On May 9, Captain Arthur Phillip, the first Governor of New South Wales, arrived in Portsmouth and on May 13, 1787, the eleven-ship fleet of the First Fleet cast off from Mother Bank near the Isle of Wight. There were two ships of war, three ships with provisions, implements and stores, and six ships for transporting the convicts. The warships Sirius and HMS Supply were under the command of Captain John Hunter. The Sirius was Governor Phillip's flagship. The number of soldiers including officers of the Royal Navy was 212 (of which 28 Of