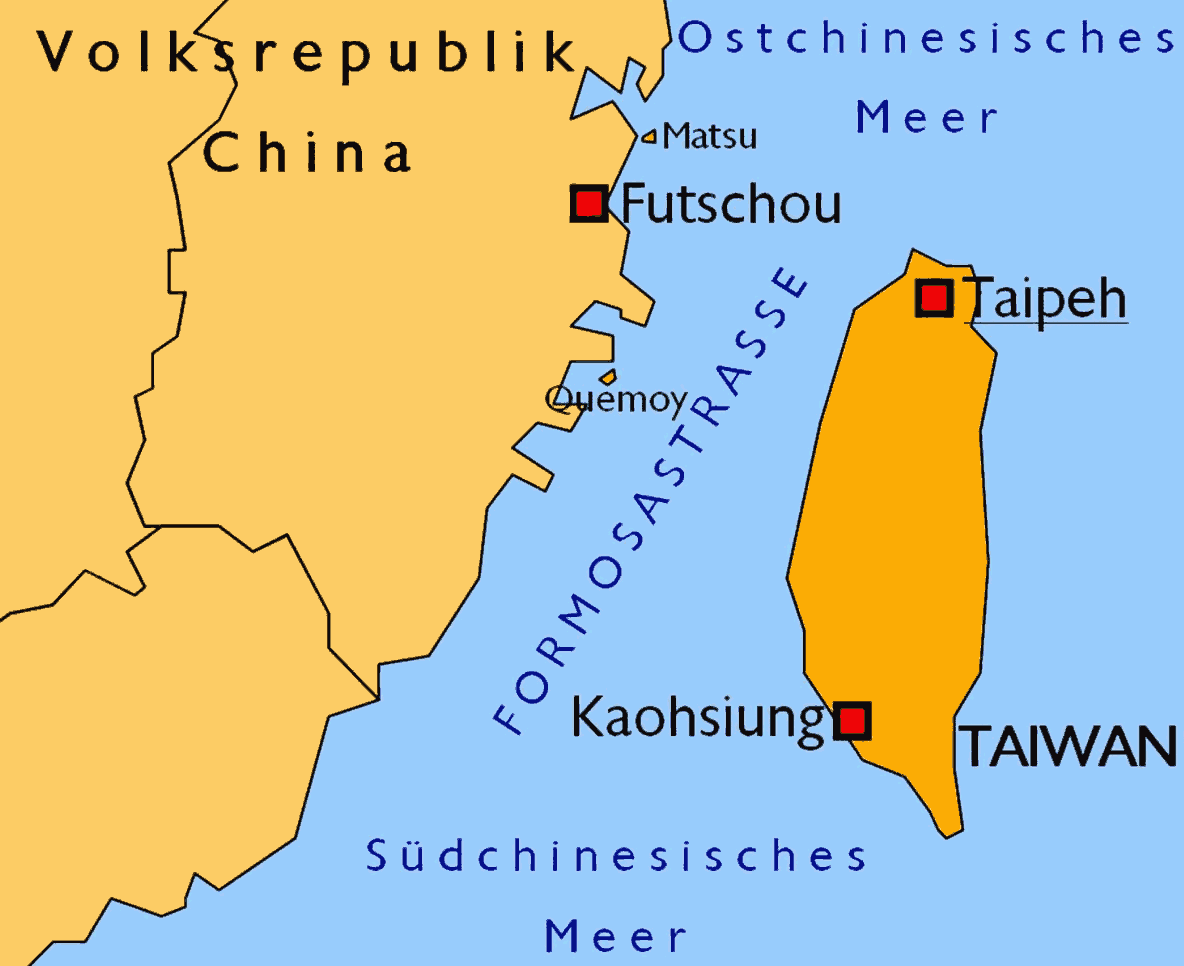 The Taiwan conflict, also known as the China-Taiwan conflict, is the dispute between the People's Republic of China and the Republic of China that followed the Chinese Civil War over the status of the island of Taiwan, the islands belonging to Taiwan (including the Penghu Islands, Lü Dao, Lan Yu) and other islands that historically belong or belonged to the provinces of Fujian (Kinmen, Matsu Islands), Guangdong (Dongsha Islands), and Hainan (Taiping Dao). The People's Republic of China regards Taiwan as an "inseparable part of Chinese territory" (often inaccurately described as a "breakaway province"), while the Republic of China sees Taiwan as a sovereign state from which mainland China "broke away" with the founding of the People's Republic in 1949 . Both states claimed the right to sole international representation for all of China (one China policy). In the 1950s, the Taiwan conflict was settled militarily, from the 1980s onwards there was a process of gradual rapprochement, which was mainly based on economic interests. Since Taiwan's President Ma Ying-jeou took office in 2008, relations between the two sides have steadily improved, which manifested itself above all in the Framework Agreement on Economic Cooperation (ECFA) signed in 2010. However, relations deteriorated again after President Tsai Ing-wen took office in 2016, after Tsai clearly emphasized Taiwan's right to political self-determination on several occasions.

After the end of the First Sino-Japanese War in 1895, the victorious Japanese received the island of Taiwan (then called Formosa) and the Pescador Islands from China in the Treaty of Shimonoseki. The people protested against the treaty by establishing the Democratic Republic of Taiwan. The Japanese took military action against this first republic in Asia. In addition, during the colonial rule, rebellions by the original inhabitants of the island were put down by the Japanese and Chinese several times and a system of reservations was finally applied. Under Japanese rule, the island developed dynamically, resulting in an economic advantage over the mainland. By the end of Japanese rule in 1945, the value added of Taiwanese industry had increased 1,600-fold and was thus second only to Japanese industry in Asia. Among other things, the healthcare system also achieved one of the highest standards in Asia. Following the Japanese surrender at the end of World War II, Taiwan was placed back under Chinese administration, as announced in the 1943 Cairo Declaration. In 1945, the Taiwanese initially welcomed the Chinese officials and soldiers sent by the Chinese national government, although they found the Japanese economic and administrative system to be good and beneficial to the whole of China. After a short time, however, it became clear that two different worlds were colliding: the Chinese mainland was underdeveloped and had won the war imposed by Japan at great cost. Taiwan, on the other hand, had shared in Japan's economic boom and now saw itself as a representative of an advanced, material civilization that should be a model for all of China. The mainland Chinese were alienated because the Taiwanese had adopted parts of the Japanese way of life. This was one of the reasons why the Chinese on Taiwan behaved like occupiers in a foreign land, rather than liberators on an island they owned. Therefore, Japanese property was also confiscated and brought from the island to the mainland. This behavior caused the locals to feel resentment towards the mainland Chinese