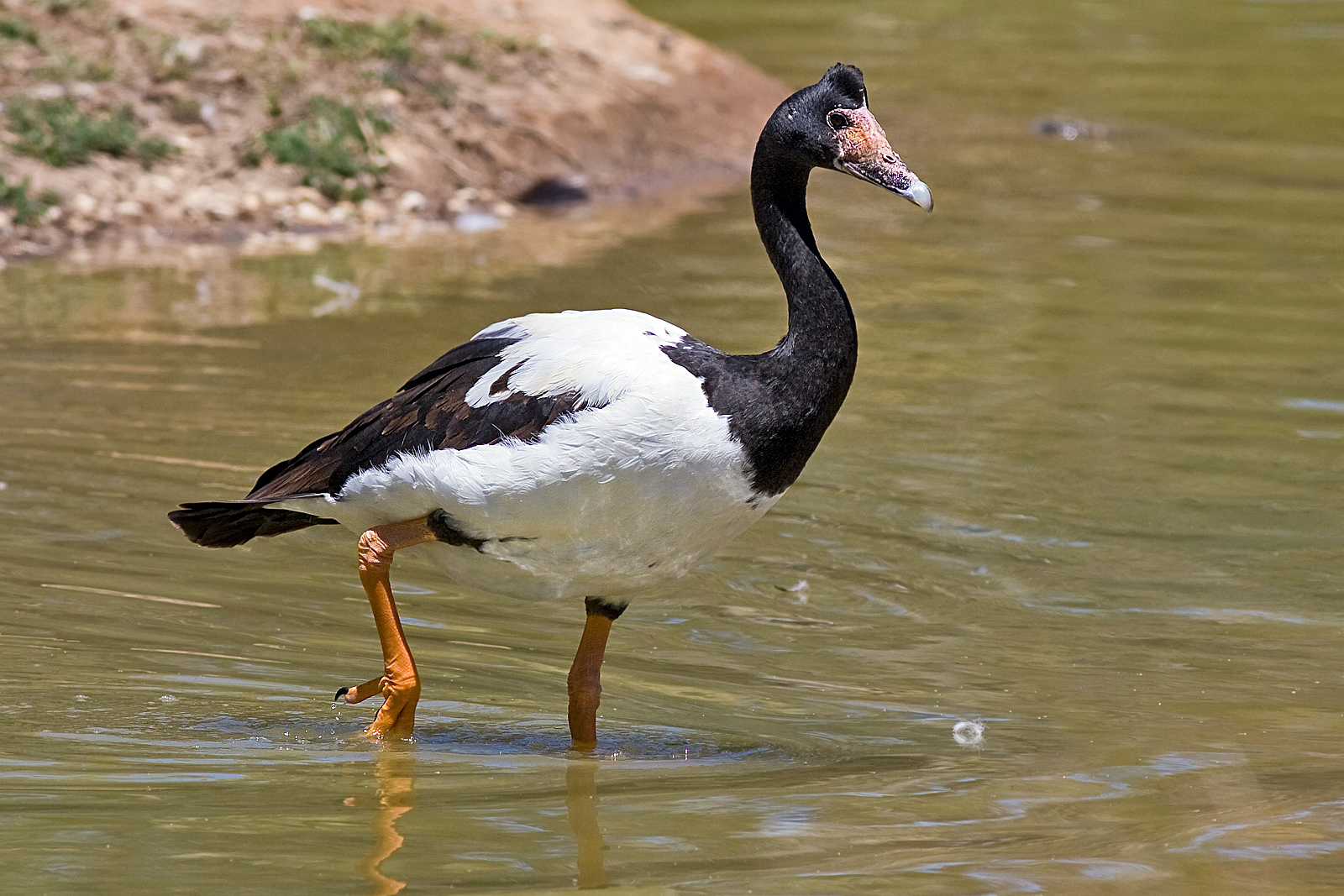 The Anseriformes are an order of neognathous birds that includes 162 species[1] divided into three families: the Anhimidae (with 3 species), Anseranatidae (with a single species), and the Anatidae (with 156 or more species of ducks or ducks). ; geese, geese or gander; swans; yaguasas; serretas; eiders; geese; cauquenes; pochards; and jars). The group was baptized by the Latin name of the goose "Anser" (the same etymology as the Spanish term ánsar), and therefore the name of this order means "those that are shaped like goose". All species in the order are highly adapted for an aquatic (at the surface of the water) existence, and all are primed for efficient swimming (although some have adapted to land). So they are really considered amphibious birds. These species are used by man as poultry, some as pets (such as the domestic duck) and it is also possible to consume their meat and eggs.

The earliest known anseriform is the recently discovered Vegavis, which lived during the Cretaceous period. The extinct Gastornithidae and Dromornithidae could be the early offshoots of the Anseriformes lineages, or they could even be the Anseriformes themselves, derived from ancestors of species in the family Anhimidae. The ancestors of the Anseriformes developed the characteristic beak structure, which they still share. The combination of the inner shape of the mandibles and the modified tongue acts as a suction pump to draw water towards the tip of the bill and expel it out the sides and rear. Through a series of fine filters called "lamellae" small particles are captured, which are then licked and swallowed. All Anseriformes have this basic structure, but many have subsequently adopted alternative feeding strategies: geese eat plants, ducks in the subfamily Merginae eat fish, and species in the family Anhimidae still have vestigial lamellae.