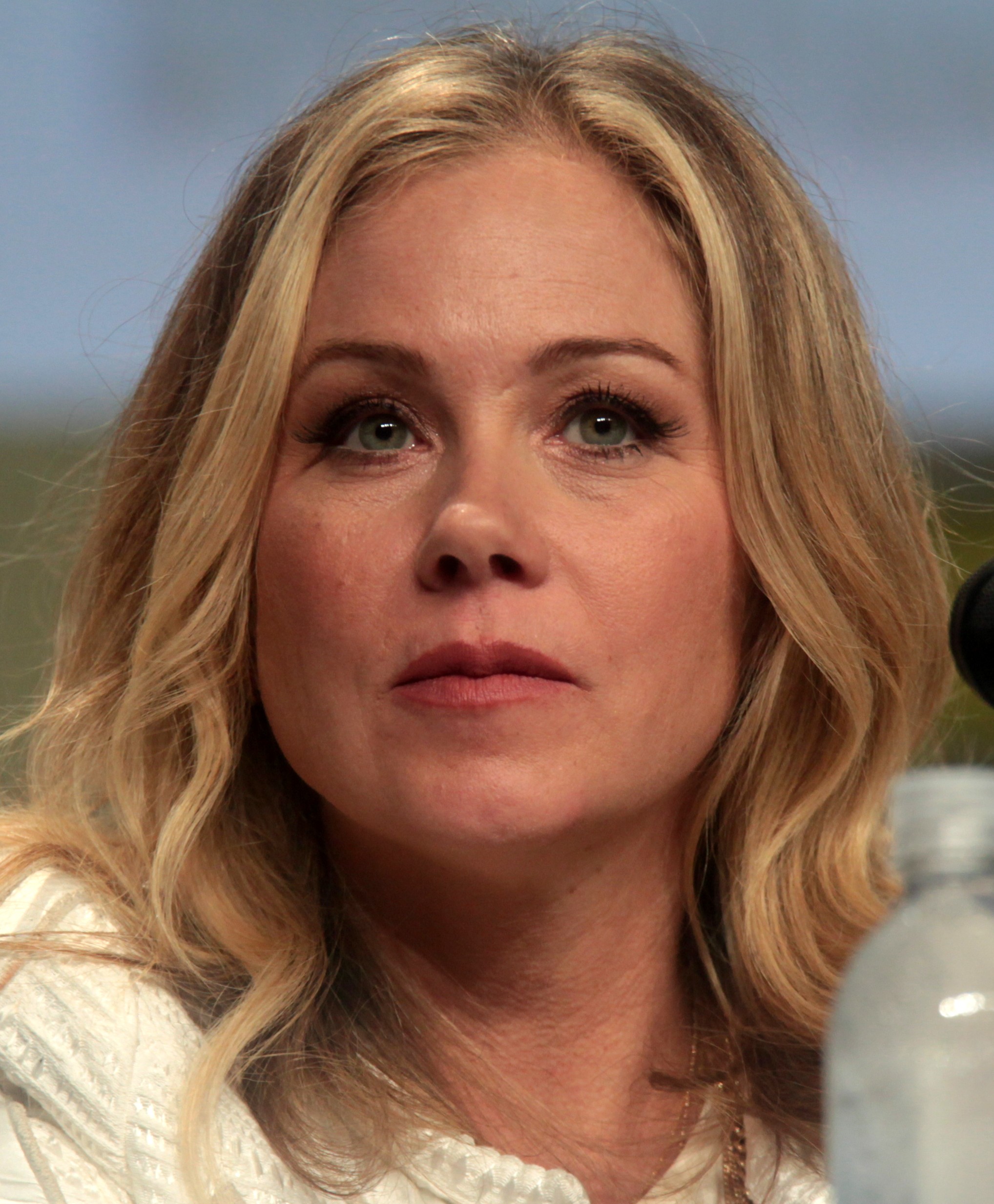 Christina Applegate (Los Angeles, California, November 25, 1971) is an American actress, best known for her role as Kelly Bundy in the television series Married ... with Children (1987-1997). Since then she appeared in important roles in film and television. She began her career in her childhood, taking on brief television roles. In 1987, she gained international recognition for playing Kelly Bundy on the sitcom Married ... with Children, her most successful role since. Aside from appearing on television, she had her first starring role in the film Streets (1990), which was followed by appearances in Don't Tell Mom the Babysitter's Dead (1991) and Vibrations (1996). After she ended Married ... with Children, in 1997, she starred in the comedy Jesse, which ran from 1998 to 2000. She then played the lead female role in the film Just Visiting (2001). Other of her film roles include The Sweetest Thing (2002), Anchorman: The Legend of Ron Burgundy (2004) and Farce of the Penguins (2007). She has received the Emmy and Tony Awards for her acting work. She starred in the series "Up All Night" until its cancellation.

Christina Applegate made her first television appearances at three months old, with her mother in a soap commercial, and five months in a Playtex commercial. Her film debut of hers was at age nine, in the movie Jaw of Satan and Beatlemania. At sixteen she rose to fame playing the role of Kelly Bundy Ditzy on the Fox comedy Married with Children. She stayed on that series for ten years (1987-1997). At the same time, she acted in the movies Until Dawn (1988, NBC), Streets (1990), Vibrations (1995), Across the Moon (1995), Wild Bill (1995), Mars Attack! (1996) and Nowhere (1997). In 1995, she was one of the founders of The Pussycat Dolls. In 1997, Married with Children was canceled. At age twenty, she worked as a dancer for a month at a Los Angeles venue to experience life. In 1998, he was cast by NBC in the lead role in the comedy Jesse (1998-2000), which began to receive rave reviews. Thanks to the series, Applegate was chosen by People magazine as "Favorite Actress in a new television series", while he earned a Golden Globe nomination for best actress in a comedy. Jesse was canceled in 2000. Subsequently, Applegate continued to act in films such as Heroes (2002), Wonderland, View from the Top, Surviving Christmas and The Reporter: The Legend of Ron Burgundy (2004). Regarding her work on her television in 2004, she won an Emmy for Outstanding Guest Actress in a Comedy for her portrayal of Amy Green on the series Friends (November 2002 to October 2003). In 2004, she made her Broadway debut in the musical Sweet Charity, in the role of Charity Hope Valentine. For this role she was nominated in 2005 to award Tony for best actress in a musical. In 2006, she was featured in an ad campaign You've Got To Find Our Hanes Today and in Jessica Simpson's A Public Affair music video, along with Eva Longoria, Ryan Seacrest, and Christina Milian. In 2009, she provided the voice of her for the character Brittany Chipetts one in the movie Alvin and the Chipmunks 2 (The Squeakquel). Christina starred in the ABC sitcom Samantha Who? (2007-2009), series about a thirty-year-old girl who suffers amnesia after an accident and has to rediscover her life, her relationships and herself.

On August 3, 2008, People magazine noted that the actress had been diagnosed with breast cancer, which was confirmed by her representative. [2] On the 19th of the same month, it was announced that Applegate was free of the disease and that to avoid relapse she had undergone a double mastectomy. [3] After analysis that she was pr