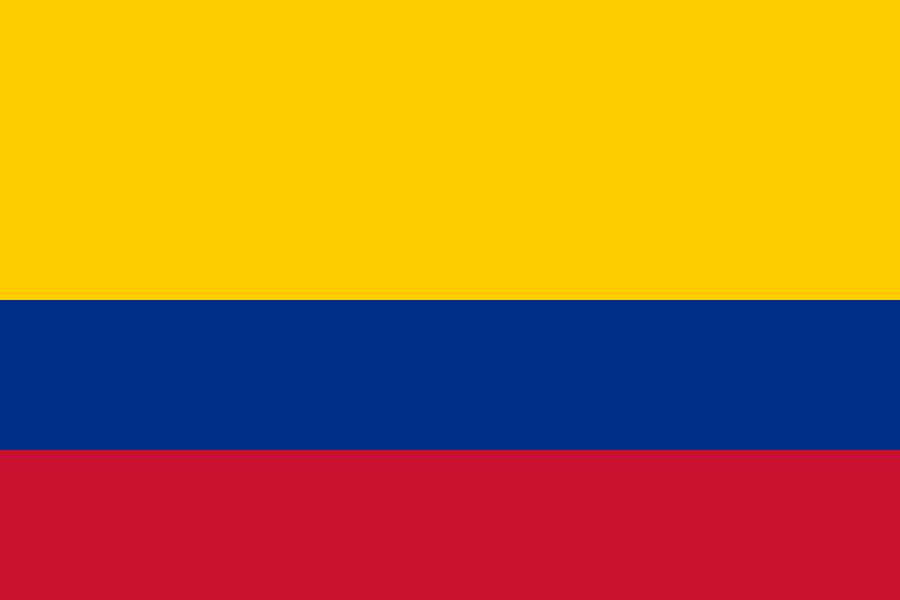 Colombia, officially the Republic of Colombia, is a sovereign country located in the northwestern region of South America. It is constituted in a unitary, social and democratic state of law whose form of government is presidential. It is a politically organized republic in 32 decentralized departments and the Capital District of Bogotá, seat of the National Government.[15] Including Malpelo Island, Cayo Roncador and Serrana Bank, the country covers an area of ​​1,141,748 km²,[3] making it the twenty-fifth largest country in the world and the seventh largest in the Americas. It claims as territorial sea the area up to 12 nautical miles away,[4] maintaining a border dispute in this regard with Venezuela and Nicaragua.[16][17] It limits to the east with Venezuela and Brazil, to the south with Peru and Ecuador and to the west with Panama; In terms of maritime limits, it borders Panama, Costa Rica, Nicaragua, Honduras, Jamaica, Haiti, the Dominican Republic and Venezuela in the Caribbean Sea, and with Panama, Costa Rica and Ecuador in the Pacific Ocean.[18] It is the only nation in South America that has coasts on the Pacific Ocean and access to the Atlantic through the Caribbean Sea,[19] in which it has various islands such as the archipelago of San Andrés, Providencia and Santa Catalina.[20]​ It is the twenty-eighth most populous country in the world, with a population of 51 million inhabitants,[5][21] it is also the second nation with the most Spanish-speakers, only behind Mexico.[22] It has a multicultural population, the reflecting the influence of large-scale European colonization, native peoples, and African labor, with waves of migration from Europe and the Middle East during the 20th century.[23] Colombia's purchasing power parity gross domestic product occupies fourth place in Latin America and 28th place worldwide. Colombian nominal GDP is the fourth largest in Latin America and ranks 28th worldwide.[24] The human presence in Colombia dates back more than 14,500 years.[25][26][27] After thousands of years of cultural formation, various pre-Columbian cultures emerged in the current Colombian territory, such as the Muiscas, Taironas and quimbayas. By colonizing these cultures, Spain created the Viceroyalty of New Granada with its capital in Santafé (today Bogotá). In the year 1810 the War of Independence began, after which the country that is currently known as Colombia emerged. During the 19th and 20th centuries, the country was characterized by instability and a large number of civil wars;[28] the last of these conflicts, known as the internal armed conflict, began in 1960. In 2012, after more After fifty years of conflict, the government of then President Juan Manuel Santos began peace talks with the FARC-EP. In 2016, a final agreement was reached that, despite not being approved in the plebiscite of October 2 of the same year, was implemented with modifications in 2017. To date, the Government of Colombia is advancing the process of implementing the agreements. and starting new talks with the ELN, which has stated its intention to contribute to the end of the conflict. Colombia has a diversified economy and has an important service component. The country's economic output is dominated by its domestic demand, and household consumption spending is the largest component of GDP.[29] GDP in 2016 was $720,151 million.[30] The Development Index Colombian human population is 0.747 and its average life expectancy is 75.1 years.[10][31] Colombia is part of the CIVETS group, considered as six main emerging markets. It is a member of the OECD,[32] the UN, the OAS, the Pacific Alliance, the CAN and other international organizations; It is also the only Latin American country