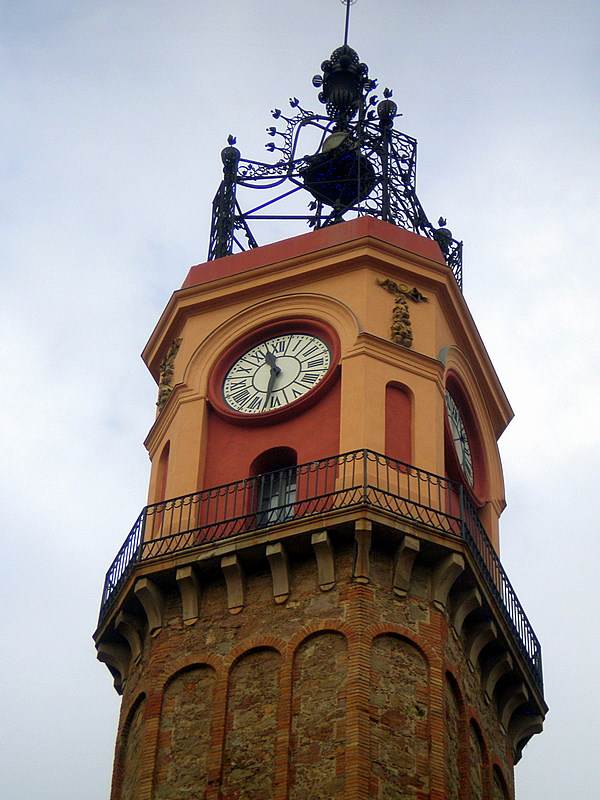 The district of Gracia (in Catalan, Districte de Gràcia) is one of the ten districts into which the city of Barcelona is administratively divided. It is the sixth district of the city and includes the territory of the old Villa de Gracia, agglutinated from the parish in 1628 and independent population of Barcelona between 1821 and 1823 and from 1850 until it was added to Barcelona in 1897. It is the smallest district of Barcelona, ​​with an area of ​​4.19 km², but it is the second with the highest demographic density (28,660 inhabitants per square kilometer), having a population of 120,087 inhabitants according to data from the National Institute of Statistics of Spain of January 1, 2005. The District of Gracia brings together the neighborhoods of Villa de Gracia, Camp d'en Grassot i Gràcia Nova, La Salud, El Coll, Vallcarca and Los Penitentes. The district councilor is Eloi Badia Casas, from Barcelona en Comú. Gracia borders the Ensanche districts to the south, Sarriá-San Gervasio to the west, and Horta-Guinardó to the east.

The greatest cultural and tourist attraction in the district is undoubtedly Park Güell, the admired work of Antoni Gaudí. Even so, the lively life in the narrow streets of Gràcia, full of bars, restaurants and shops make the district one of the most attractive places in the city. Gràcia retains the character of an independent municipality despite the fact that it has been part of Barcelona for more than a hundred years. Gracia has a great associative wealth thanks to the activity of its dozens of civic and social entities. The Fiesta Mayor de Gracia, which takes place in mid-August, is the most vivid example. The streets of Gracia are adorned with spectacular decorations prepared by the residents for months, who fight to obtain the award for the best decorated street. The Gracia festivals, popular throughout Catalonia, attract citizens from all over Barcelona and even foreigners, who flock to the district to enjoy the summer terraces and live music performances that proliferate in all squares. Another important festivity is the Feast of San Measure (March 3). It is worth mentioning the important gypsy presence that historically has existed in Gracia, and that has contributed to give the neighborhood character. Various artists have emerged from it, such as El Pescaílla, born on Calle Fraternidad de Gracia, and considered the founder of the Catalan rumba, which would later be cultivated by other artists from Gracia such as Sabor de Gràcia, or Moncho, a performer considered the king of the bolero.

The district of Gracia is made up of five neighborhoods: [1]

Monuments and places of interest