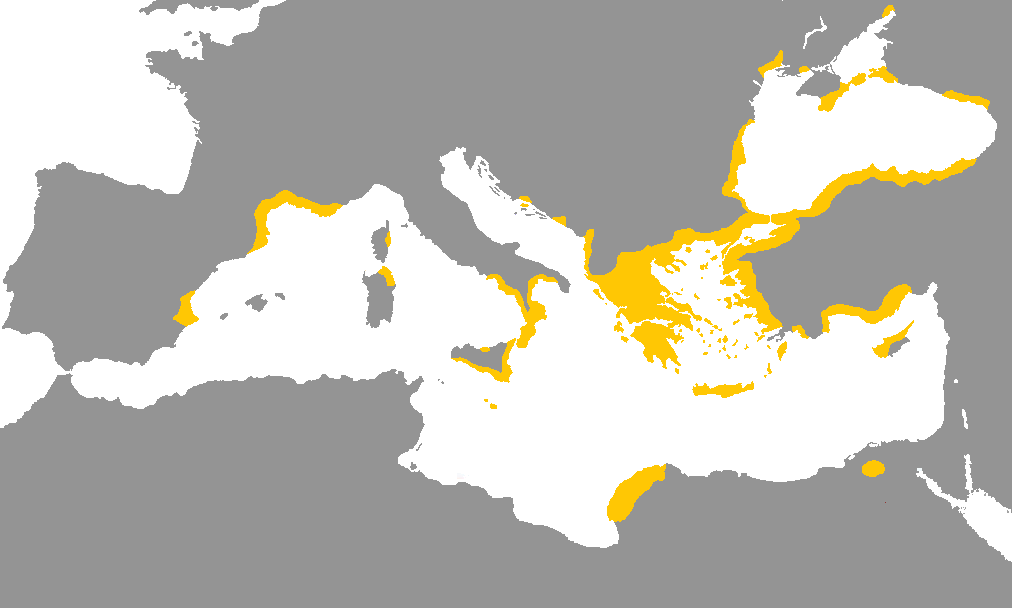 Ancient Greek (autoglottonym: Ἀρχαία Ἑλληνική γλώσσα, Archaic Hellēnikḗ glṓssa) refers to the language spoken in Greece during Antiquity. Originally divided into several dialectal branches, during the Hellenistic period a common variety of the so-called language predominated: koine. From the Middle Ages it gave way to a language called: modern Greek. Ancient Greek is the language of many great literary works, including the Homeric poems and the New Testament. It has had a great influence on many of the modern languages ​​of the present day, through, mainly, Latin.

Greek belongs to the group of Indo-European languages, which derive from a mother tongue that was spoken over a large extent of territory of Europe and Asia before the second millennium a. C. One of the theories about the formation of Greek explains it by massive immigration that reached as far south as the Balkans around the 20th century a. C. These Indo-European immigrants would have picked up some elements of the languages ​​of the pre-Hellenic peoples spoken by the inhabitants who were already there when they arrived.[1]

In the Bronze Age various dialects of Greek were emerging, although neither how the fragmentation occurred nor how they were distributed during this period is known with precision. It is from the historical period (8th century BC) that an overview of dialectal distribution can be established.[2] Although these dialects were mutually understandable there were systematic phonological and grammatical differences between them. Among the registered Greek variants are: Ionian-Attic Greek, spoken in Attica (the region of Athens), the Aegean islands, Microasiatic Ionia and the overseas Ionian colonies. Doric Greek, spoken in the southeastern Peloponnese, Crete and the Microasiatic Doria; in addition to being the lingua franca in the Italic colony of Magna Grecia. Aeolian Greek, spoken in Thessaly, Beocia, the northern Cycladic Islands, the island of Lesbos and, to a lesser extent, in Microasiatic Aeolia. Northwestern Greek, spoken in the northwestern Peloponnese, central Greece and Epirus; although the Greeks considered μιξοβάρβαρος (‘semi-barbaric’) to the language of the peripheral regions of the northwest); The Greek arcade-Cypriot, last redoubt of the Mycenaean Greek, proper to the descendants of the surviving Mycenaean refugees of the Dark Ages settled in Arcadia and Cyprus. The Pamphylian Greek, also considered μιξοβάρβαρος by the Greeks of the motherland, spoken on the coast of Pamphylia; and effectively contaminated by influences drawn from non-Greek epicurean language.

Greek dialect which replaced Arkado-Cypriot in most of the Peloponnese. It was probably introduced into the Greek peninsula from the Balkans during the emigrations of the Dorians (around 1150 BC). It was also spoken in the Southern Cyclades, Crete, the Dorian colonies of Asia Minor, Sicily, and Italy.

Originally from the region of Thessaly and Beocia, it was carried by settlers to the region of Aeolia. It was the language in which Alcaeus and Sappho wrote their poems, and Theocritus, in three of the Idylls. Aeolian speakers are thought to represent the second migratory wave of Greeks (Hellens) from central Europe.

The Arkado-Cypriot dialect descends from the language spoken in the Peloponnese during the Mycenaean period. He perished in the region of Arcadia, which saw freedom from the lla