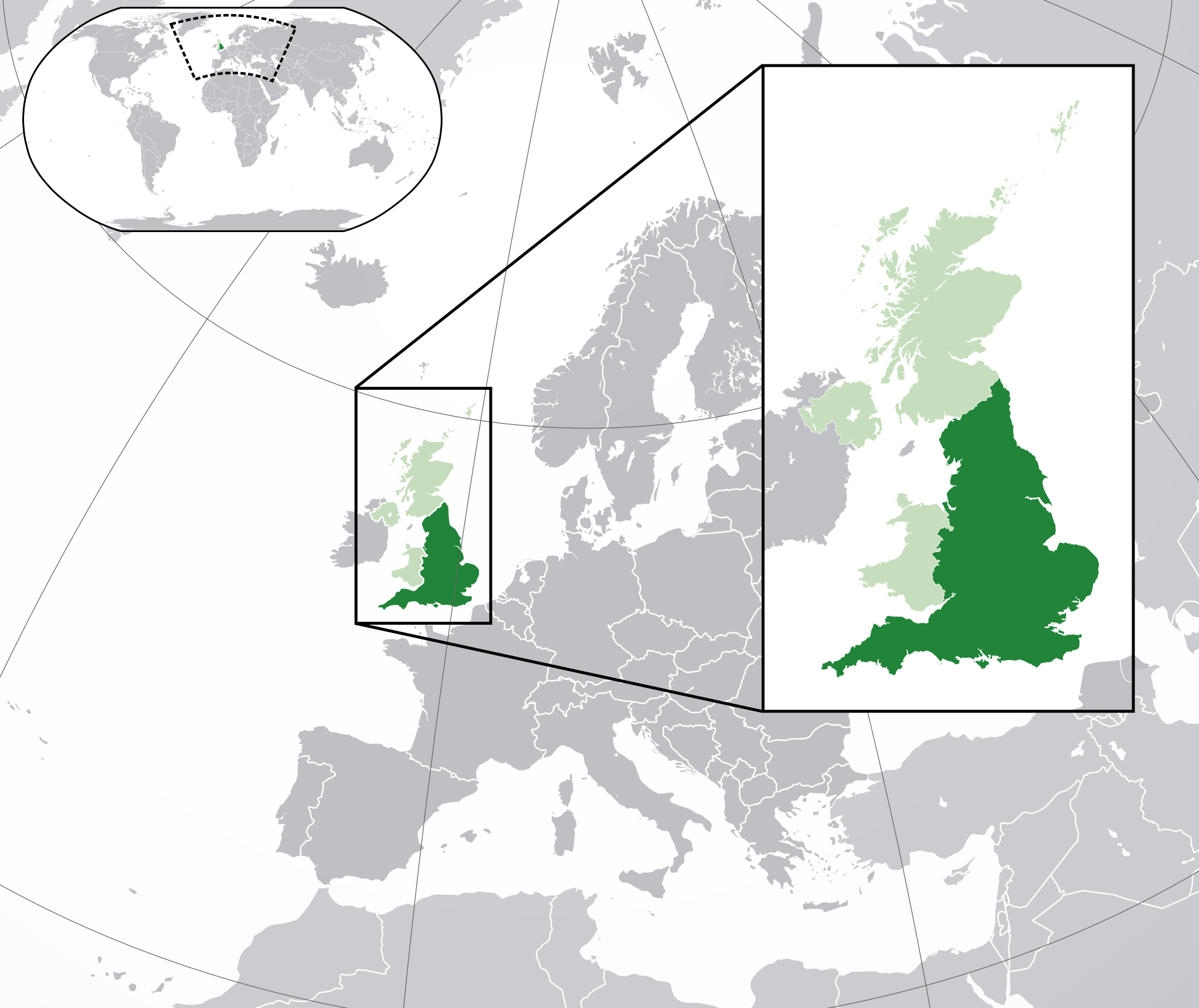 England (in English, England / ˈɪŋɡlənd /) is one of the four constituent nations of the United Kingdom. Its territory is geographically formed by the southern and central part of Great Britain, an island that it shares with Scotland and Wales, and about 100 smaller islands such as the Isles of Scilly and the Isle of Wight. It is bordered to the north by Scotland, to the west by Wales - its two land borders - to the northwest by the Irish Sea, to the southwest by the Celtic Sea, to the east by the North Sea and to the south by the English Channel. England accounts for 84% of the population and 85% of the UK's GDP. The current territory of England has been inhabited by various cultures for about 35,000 years, but takes its name from the Angles, one of the Germanic peoples who settled there during the 5th and 6th centuries. It became a unified state in 927 and since the Age of Discovery, which began in the 15th century, it has had a great cultural and legal impact around the world. The English language, the Anglican Church, and the law of England — taken as the basis for the legal system of many other countries in the world — developed in England, and the parliamentary system of government has been widely adopted by other nations. The Kingdom of England - which from 1284 also included Wales - was an independent state until 1707, when Queen Anne of Great Britain signed the Act of Union with Scotland, to create the Kingdom of Great Britain. In 1801 the Kingdom of Ireland joined the Kingdom of Great Britain thus creating the United Kingdom of Great Britain and Ireland until 1922. With the independence and partition of Ireland since then it is the United Kingdom of Great Britain and Northern Ireland.

At the end of the Roman mandate over Britain, (the southern part of Great Britain), the island was invaded, both by Celtic peoples from Scotland and Ireland and by Germanic peoples from the present-day Netherlands, Germany, and Denmark, mainly Angles, Saxons and Jutes. These tribes eventually merged with each other and, in a way, with the local population, mainly the Britons, founding a series of kingdoms in southeastern Britain. This area was given the Latin name Anglae ​​terra (Land of the Angles) by the Franks, which later came to be used in most of Europe. Later, the English themselves translated this name as England. It is curious that the name of this territory varies depending on where the name comes from: for continental Europeans, the name "Land of the Angles" was the one that lasted, even though the Angles were further north than the Saxon kingdoms on the island. . Undoubtedly, it was influenced by the fact that the Anglo kingdoms of Northumbria, Mercia and East Anglia covered 80% of the territory of the Heptarchy and they corresponded to political supremacy during the 6th and 7th centuries, especially during the reigns of Edwin of Northumbria and from Penda and Offa from Mercia. To this political supremacy of the Angles was added a cultural primacy, since the monasteries of Northumbria, especially that of Lindisfarne, became cultural centers of the first order, from which great figures such as Alcuin of York and Bede the Venerable emerged, who had a great influence on the development of the culture of Merovingian and Carolingian Europe. In addition, there was a fact that played against a hypothetical Saxonland: and that is that on the continent, on the eastern border of the kingdom of the Franks, the people of the continental Saxons settled, which after being subdued by Charlemagne, became integrated into the Carolingian Empire and later in the Holy Empire. The use of the terms Anglia and angli avoided annoying homonyms and avoided the possibility of confusing the Anglo-Saxons with the Saxons of the continent. Within the framework of the Anglo-Saxons themselves, the Historia Ecl