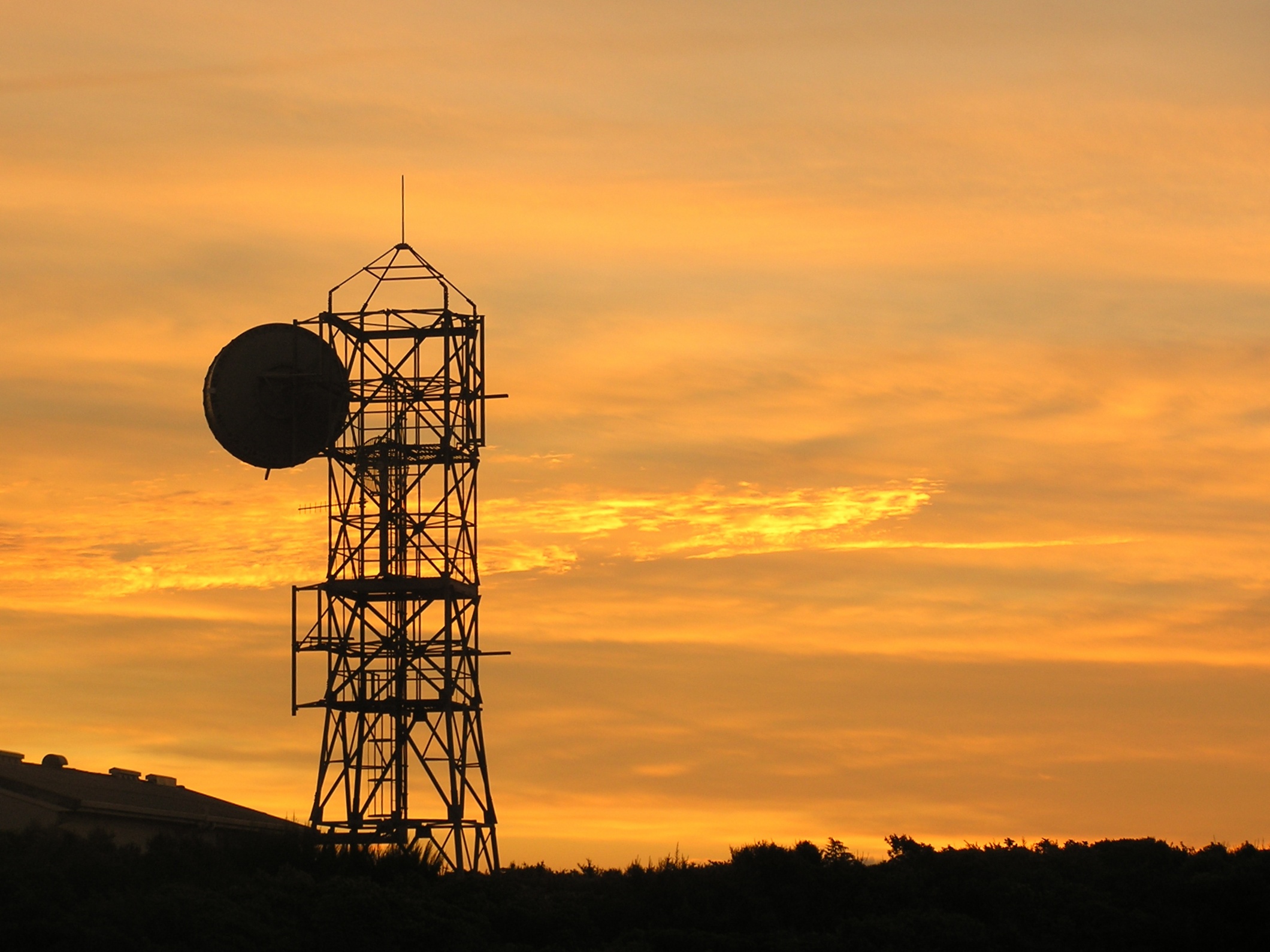 Electromagnetic waves are called microwaves; generally between 300 MHz and 30 GHz,[1] which assumes an oscillation period of 3 s (3×10−9 s) to 33 s (33×10−12 s) and a wavelength in the range of 10 mm to 1 m. Other definitions, for example those of the IEC 60050 and IEEE 100 standards, place its frequency range between 1 GHz and 30 GHz, that is, wavelengths between 30 centimeters and 10 millimeters. The microwave range is included in the radio frequency bands, specifically in those of UHF (ultra-high frequency - ultra high frequency) 0.3-3 GHz, SHF (super-high frequency - super high frequency) 3-30 GHz and EHF (extremely high frequency) 30-300 GHz. Other radio frequency bands include waves of lower frequency and longer wavelength than microwaves. Microwaves of higher frequency and shorter wavelength—on the order of millimeters—are called millimeter waves. The existence of electromagnetic waves, of which microwaves are a part, was predicted by Maxwell in 1864 from his famous Maxwell Equations. In 1888, Heinrich Rudolf Hertz was the first to demonstrate the existence of electromagnetic waves by building an apparatus for generating and detecting radio frequency waves. Microwaves can be generated in various ways, generally divided into two categories: solid-state devices and vacuum tube-based devices. Solid-state microwave devices are based on silicon or gallium arsenide semiconductors, and include field-effect transistors (FETs), bipolar junction transistors (BJTs), Gunn diodes, and IMPATT diodes. Specialized versions of standard transistors have been developed for high speeds that are commonly used in microwave applications. Vacuum tube-based devices operate by taking into account the ballistic motion of an electron in a vacuum under the influence of electric or magnetic fields, including the magnetron,[2] the klystron, the TWT, and the gyrotron.

Etymology of the word

It comes from the prefix “Micro-” (from the Greek μικρό [mikró]) which means “small” and the word “waves”. That is, microwaves are "small waves."

High power microwave sources use specialized vacuum tubes to generate microwaves. These devices work on different principles than low-frequency vacuum tubes, using the ballistic motion of electrons in a vacuum under the influence of controlled electric or magnetic fields, and include the magnetron (used in microwave ovens, the klystron, the traveling wave tube (TWT), and the gyrotron. These devices work in the density modulated mode, rather than the current modulated mode. This means that they work on the basis of groups of electrons flying ballistically through them, instead of using a continuous flow of electrons. Low power microwave sources use solid state devices such as field effect transistor (at least at lower frequencies), tunnel diode, Gunn diode and IMPATTs diode.[3] Low power sources are available as benchtop instruments, rackmount instruments, plug-in modules, and in card-level formats. A maser is a solid-state device that amplifies microwaves using principles similar to a laser, which amplifies higher frequency light waves. All hot objects emit low-level microwave blackbody radiation, depending on their temperature, so microwave radiometers are used in meteorology and remote sensing to measure the temperature of objects or the ground.[4] The sun[ 5]​ and other astronomical radio sources