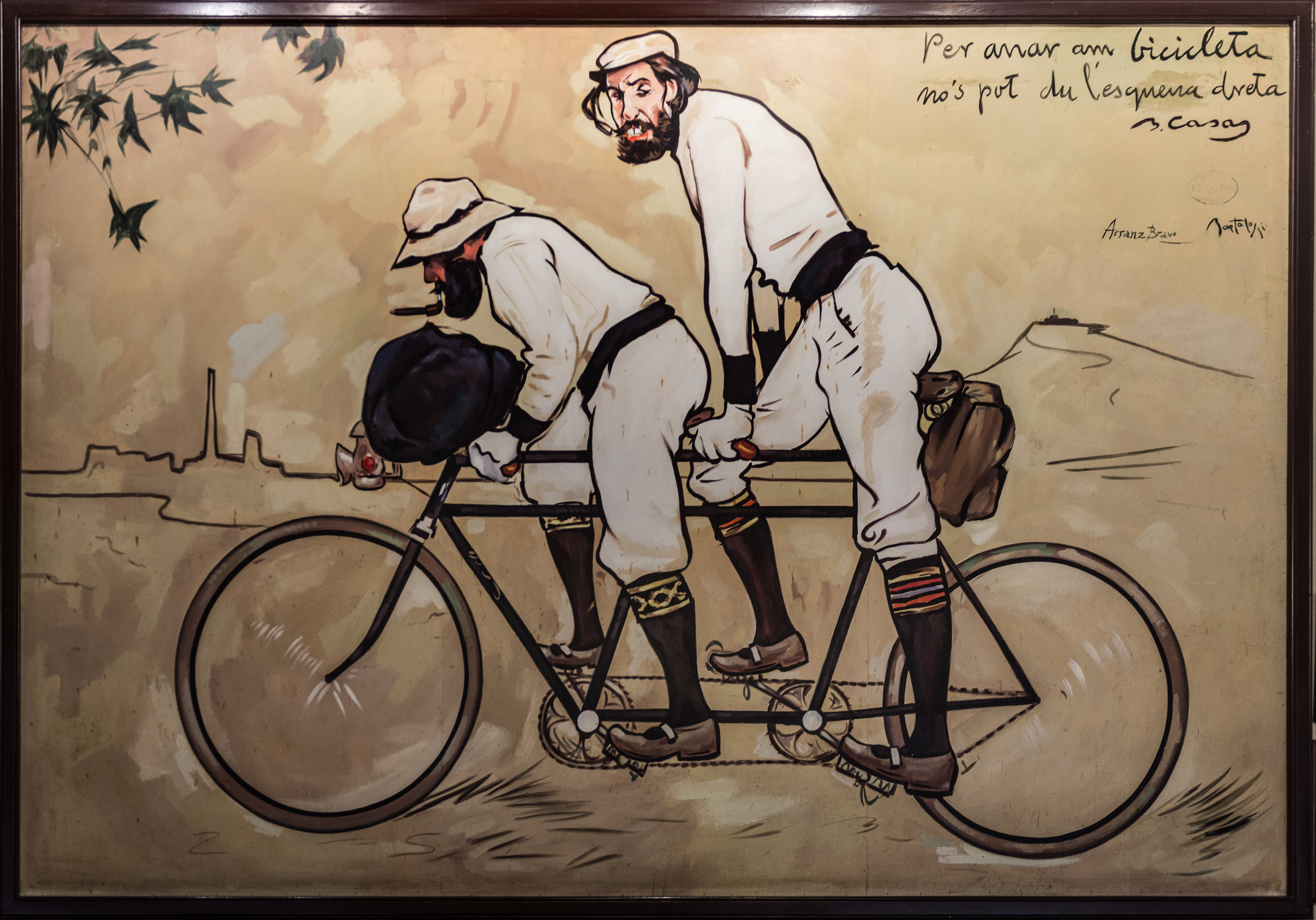 Catalan modernism (modernisme català in Catalan) is the historiographic denomination of a mainly architectural style, although it also develops in the other plastic arts (painting and sculpture), and especially in design and decorative arts, which receive special attention . Although it is part of a general trend that arises throughout Europe (known in each country as modernism, art nouveau, Jugendstil, sezession, etc.), in Catalonia it acquires its own and differentiated personality. Its geographical name is due to its particular relationship with Catalonia and mainly with the city of Barcelona, ​​which were intensifying its differential characteristics within the Spanish culture for ideological and socioeconomic reasons, after the resurgence of the Catalan culture called "Renaixença" and in the context of a spectacular urban and industrial development. From the hands of Catalan architects, this style has however notable achievements in cities such as Cartagena, Carcagente, Comillas, Novelda, Astorga, Melilla or León and it is located chronologically at the end of the 19th century and the beginning of the 20th century; having as significant milestones the Universal Exhibition of Barcelona (1888) and the International Exhibition of Barcelona (1929). [1] The Catalan modernist painters (Ramón Casas, Santiago Rusiñol, Joaquim Sunyer, Hermenegildo Anglada Camarasa, Juan Brull, Ricard Canals, Javier Gosé, Josep Maria Sert, Miguel Utrillo), very connected with the avant-garde of Paris, had in the tavern Els Quatre Gats your meeting place. Pablo Picasso came out of the group. The Catalan modernist architects (Elías Rogent, Lluís Domènech i Montaner, Josep Puig i Cadafalch, Enric Sagnier, Juan Rubió, Josep Maria Jujol) developed their own language, from which Antoni Gaudí started to develop his particular, very personal artistic universe. [2 ] Currently, many of these modernist works are exhibited in Catalan museums such as the Museum of Catalan Modernism [3] and the National Museum of Art of Catalonia (MNAC).

At the end of the 19th century, architectural trends emerged in Europe that broke with traditional criteria and sought new ways of building with a view to the 20th century, which gave great relevance to aesthetics. This movement is a consequence of the Industrial Revolution, which has taken root in various countries, and the advances derived from it, such as electricity, the railroad and the steam engine, which have completely changed the way of life of the population. and they have originated a growth of the cities, in which industries have been established that run a growing number of bourgeoisie. Modernism is thus an urban and bourgeois style.

Modernism rejects the unattractive style of industrial architecture of the first half of the 19th century, and develops new architectural concepts based on nature, consisting of the construction materials used, the forms of the buildings and the figures of its facades. The architects and their sculptors place birds, butterflies, leaves and flowers outside the buildings as decorative elements, either as attached figures or as an ornament to stone or ceramic. Larger figures, fabulous animals or people are also placed, and colored ceramic elements are placed on the cornices. The windows and balconies have wrought iron bars, which are artistically carved and contain motifs inspired by nature. [4] The development of modernism is promoted in Catalonia by the bourgeoisie, which feels Catalan and is cultured and sensitive to art. This bourgeoisie sees in this new architecture the way to satisfy its desire for modernization, to express its Catalan identity, and to discreetly reveal its wealth and distinction. There were more than 100 archit