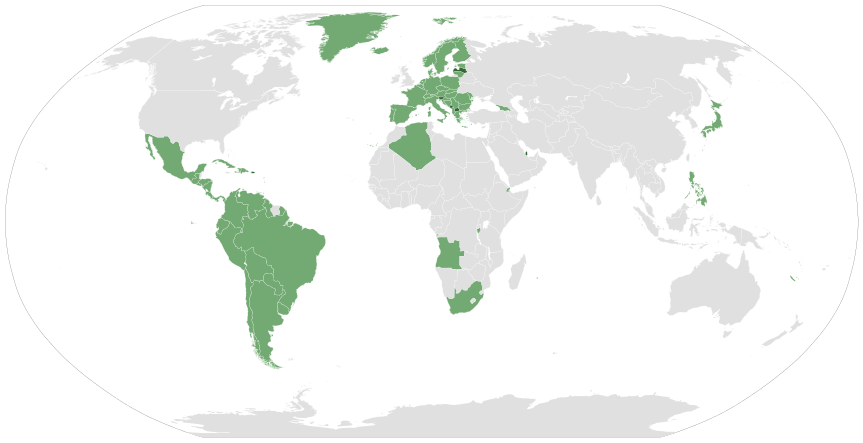 A municipality is an administrative entity that can group a single locality or several, The municipality is made up of a territory clearly defined by a municipal term with fixed limits (although sometimes it is not continuous territorially, being able to extend outside its limits with exclaves and presenting enclaves of other municipalities) and the population that inhabits it legally regulated by instruments statistics such as the municipal register and mechanisms that grant rights, such as avecindamiento or legal neighborhood, which only considers the inhabitant who meets certain characteristics —origin or seniority— as a neighbor and not the mere resident. The municipality is governed by a collegiate body called the town hall, municipality, mayor's office or council, headed by a single-person institution: the mayor (in the Old Regime in Spain there was a mayor for the noble state and another for the common state; and, in the main cities, a corregidor appointed by the king). By extension, the term municipality is also used to refer to the town hall or municipality itself. In most modern states, a municipality is the smallest administrative division that has its own representative, democratically elected leaders. In some Spanish municipalities, the medieval system of government, management and decision by assembly participation called open council still works. In Ancient Rome, a municipium (Latin word that originates from the Castilian “municipality”) was a free city that was governed by its own laws, although its inhabitants enjoyed very different legal situations, since they obtained their rights not by residing in it. , but by the possession of Roman citizenship, the condition of freedom or slavery, etc. In some countries, entities equivalent to municipalities are called "communes"; for example, the French commune, the Italian comune or the Swedish kommun. The term comes from the medieval commune (Italian City-States, Free Imperial City).

Municipalities and equivalents in different countries

Wiktionary has definitions and other information on municipality.