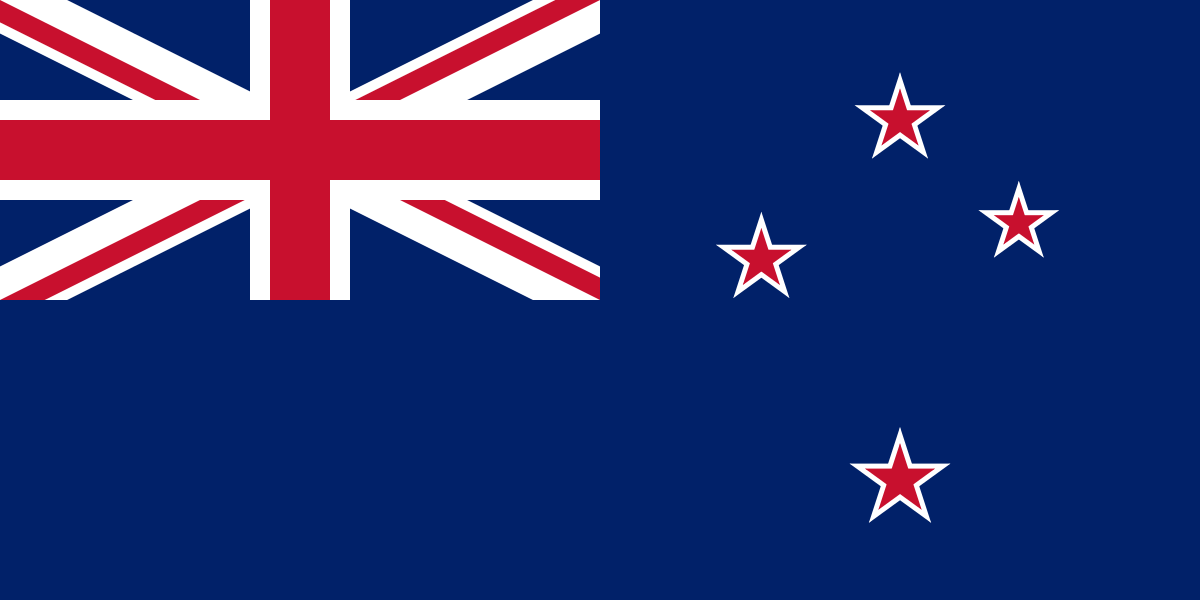 New Zealand [n 1] (in English: New Zealand; in Maori: Aotearoa, "land of the great white cloud")[5] is a country in Oceania, located in the southwest of the Pacific Ocean and constituted in a monarchy parliamentary It is made up of two large islands: the North Island and the South Island, along with a large number of smaller islands, including Stewart Island and the Chatham Islands. The Kingdom of New Zealand also includes the Cook Islands and Niue (self-governing states in free association), the Tokelau Archipelago, and the Ross Antarctic Dependency. The capital of New Zealand is the city of Wellington, located on the North Island. New Zealand, notable for its geographic isolation, is located about 2,000 kilometers southeast of Australia in the Tasman Sea, and its closest neighbors to the north are New Caledonia, Fiji, and Tonga. Due to this long isolation, an endemic fauna dominated by birds developed in the country, many of which became extinct after the arrival of humans and mammals that were introduced without any control.[6] Most of the population New Zealand population is of European descent; indigenous Māori are the largest minority.[7] Asians and Polynesians are also significant minorities, especially in urban areas. Although it has three official languages, the most widely spoken, by far, is English.[8] Elizabeth II, as Queen of New Zealand, is the country's head of state and is represented by a Governor General,[9] while executive power is exercised by the Cabinet and the Prime Minister. Its cities are among those with the best quality of life in the world. New Zealand is a developed country that ranks high in international rankings on many issues, including freedom from corruption, level of education, and economic freedom,[10] and also stands out on its Human Development Index, which ranks it thirteenth in the world in 2016, and its democracy indices, which place it in the vast majority of major publications and studies as the freest country with the greatest respect for civil rights in the world .[4]​

Maori refer to the North Island as Te Ika-a-Māui (the fish of Maui) and the South Island as Te wai pounamu (the green stone waters) or Te Waka or Aoraki (the Aoraki canoe).[11] ] Until the early 20th century, the North Island was also known as Aotearoa (colloquially translated as 'land of the great white cloud');[5] in modern Māori, this name refers to the entire country. Aotearoa is also used in this sense in New Zealand English, where it can be used on its own or combined with the English name, Aotearoa New Zealand. The first European name for New Zealand was Staaten Land, named after the Dutch explorer Abel Tasman, who, in 1642, became the first European to see the islands. Tasman assumed that it was part of the "southern continent" discovered by Jacob Le Maire in 1615, off the southern tip of South America. This had also been named Staten Landt, meaning "land of the (Dutch) States-General".[12][13] The name of New Zealand originated with the Dutch cartographers, who called these islands Nova Zeelandia, after the Dutch province of Zeeland, (in Spanish, Zealand).[13] It is not clear exactly who coined the term "New Zealand". Zealand", but it first appeared in 1645 and may have been chosen by the cartographer Joan Blaeu.[14] In Spanish, the names "Nueva Zealand" (used in Spain and Mexico) and "Nueva Zelandia" (most used in most of Latin America) have the same validity.[15][note 1]​

New Zealand was one of the later territories