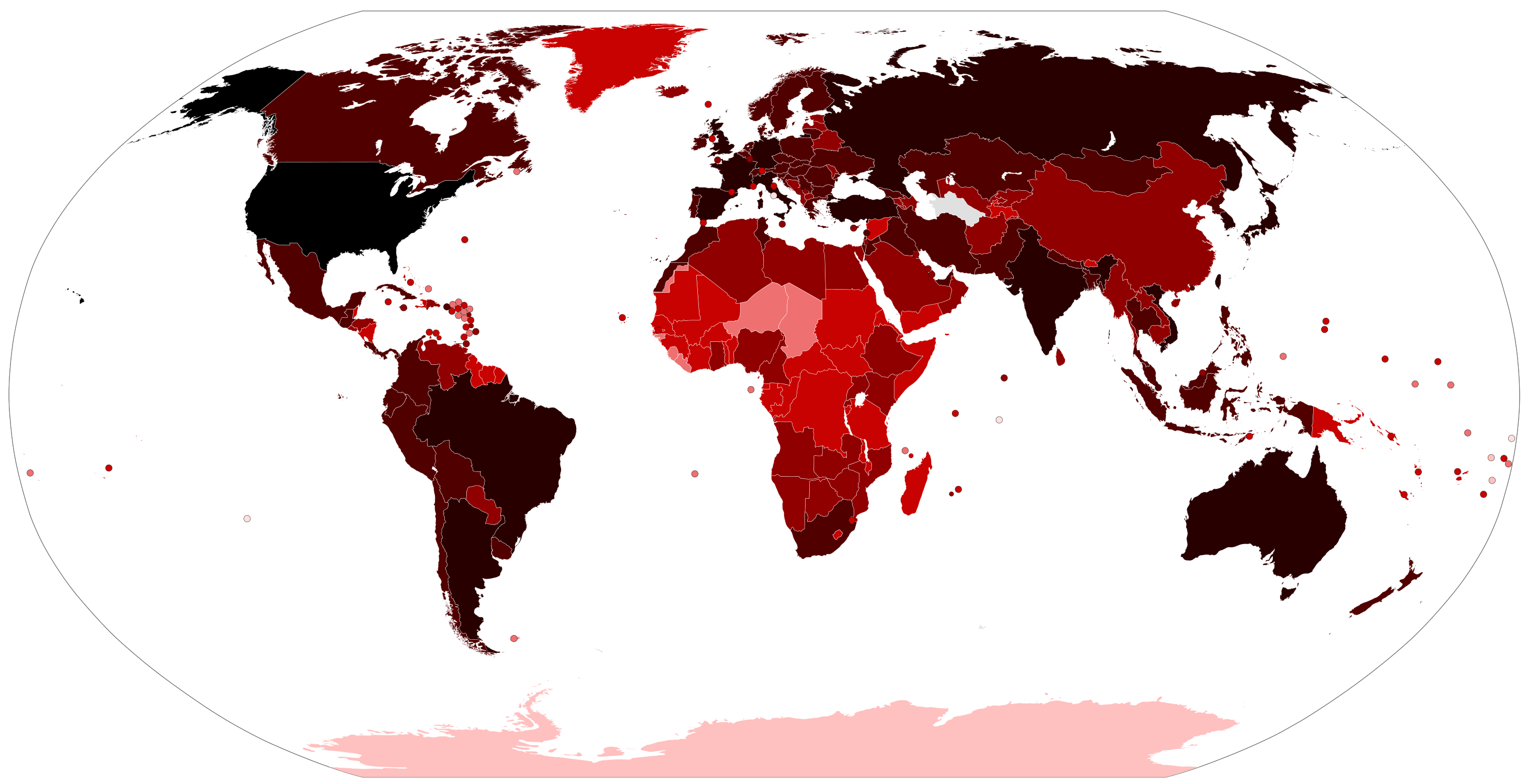 The COVID-19 pandemic, popularly known as the coronavirus pandemic or simply the coronavirus, is a currently ongoing global pandemic stemming from the disease caused by the SARS-CoV-2 virus. [7] [8] Its The first case was identified in December 2019 in the city of Wuhan, [9] capital of Hubei province, in the People's Republic of China, when cases of a group of sick people with an unknown type of pneumonia were reported. Most of those affected had ties to workers at the Huanan Seafood Wholesale Market. [10] The World Health Organization (WHO) recognized it as a pandemic on March 11, 2020, when it reported that there were 4,291 deaths and 118 000 cases in 114 countries. [11] As of October 1, 2021, more than 235 million cases of the disease have been reported in 258 countries and territories in the world, and 4,805,881 deaths. On the other hand, by October 2020, the World Health Organization estimated that at least 10% of the world population had already been infected with this disease (approximately 780 million infected people), due to the large underreporting of cases to world level. [12] [13] The virus is generally transmitted from person to person through tiny droplets of saliva, known as Flügge droplets, that are emitted when speaking, sneezing, coughing, or breathing. [14] [15] [16] documented aerosol transmission (<5μm). It is spread mainly when people are in close contact, but it can also be spread by touching a contaminated surface and then bringing contaminated hands to the face or mucous membranes. Their incubation period is usually five days, but can range from two to fourteen days. [17] [18] The most common symptoms are fever, dry cough, and breathing difficulties. [17] Complications can include pneumonia, acute respiratory syndrome, or sepsis. [19] [20] [21] As of February 2021, several vaccines were being used by different countries. [22] [23] At the WTO, A group of 99 developing countries led by India and South Africa and with the support of Doctors Without Borders called for the temporary suspension of patents on COVID-19 vaccines for the duration of the pandemic. This request is opposed, among other countries, by the majority of the members of the European Union, the United States and Brazil. [24] [25] [26] [27] [28] Recommended preventive measures include hand washing, coughing, physical distancing, and mask use, as well as self-isolation and follow-up for those suspected of being infected. [15] Age is a factor. risk factor (> 65 years) as well as the presence of chronic diseases such as diabetes, heart disease, respiratory diseases, high blood pressure or immunodeficiencies have a much higher risk of contracting the disease and of getting serious complications, so it is recommended home confinement as much as possible. [29] Likewise, it has been confirmed that other animals - such as dogs, cats, tigers, lions and bats - can contract COVID-19 just like humans. It is still under study whether animals should also take the same distancing measures as humans to prevent their spread. [30] [31] To prevent the spread of the virus, governments have imposed travel restrictions, quarantines, confinements , cancellation of events and the closure of establishments. The pandemic has had a disruptive socioeconomic effect. [32] Colleges and universities have been closed in more than 124 countries, affecting more than 2.2 billion students. [33] One-third of the world's population is confined , with strong restrictions on freedom of movement, [34] which h