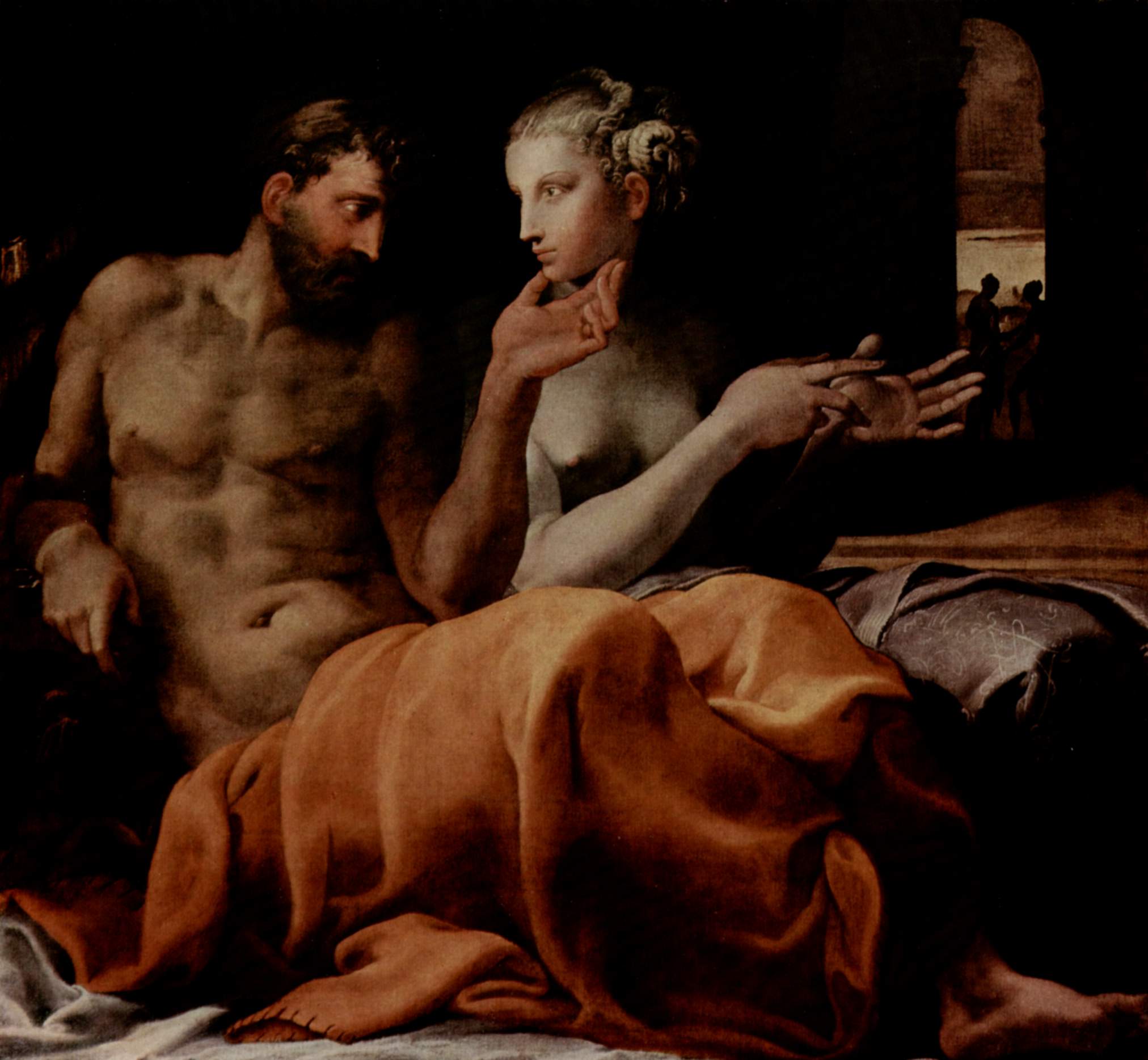 Penelope (Πηνελόπη) is a character in the Odyssey: the wife of the principal in the play, the king of Ithaca, Odysseus, whom she waited for twenty years after the Trojan War, which is why she is considered a symbol of marital fidelity. While Odysseus is absent, Penelope is pretended by several men, who settle in the palace and abusively consume his property in banquets, while they wait for the queen to choose one of them. To maintain her chastity, Penelope tells the suitors that she will accept a new husband when she finishes weaving a shroud for King Laertes, father of Odysseus. To prolong this task as long as possible, she Penelope undoes at night what she weaves during the day; However, a woman betrays her, so she is forced to finish her work, at which point Odysseus returns and kills the suitors.

Other legends about Penelope

There are several legends that tell what happened after the return of Odysseus to Ithaca, compiled in brief summaries in the mythological Library of Apollodorus. Her husband Odysseus went to Thesprotia to perform a series of sacrifices that Tiresias (Odyssey, XI) had entrusted to him and ended up marrying Queen Calídice. [1] Once dead, Odysseus returned to Ithaca and found that Penelope she had given birth to Poliportes. Some time later, Telegonus - son of Circe and Odysseus - came to Ithaca and killed, without knowing that he was his father, Odysseus. As soon as he discovered it, repentant, he brought the corpse of her father and Penelope to Circe: there, she married Telegonus and Telemachus with Circe, which made her new husband and Penelope immortal. Odysseus accused Penelope of having herself lured suitors and disowned her, so she marched to Sparta and then to Mantinea, where she died. Near Mantinea it was believed that her grave was located. [2] Penelope was seduced by Antinous and for this reason Odysseus returned her to her father - Icarius - and she was the mother of Pan together to Hermes. Penelope was seduced by Amphinome and for that reason Odysseus killed her. [3]

The weaver of dreams, a play by Antonio Buero Vallejo.

Wikimedia Commons hosts a multimedia category about Penelope.OVID: Heroidas (Heroides) or Letters from the heroines (Epistulae heroidum) I: Penelope to Ulysses (Penelope Ulixi). Spanish text (broken link available on Internet Archive; see history, first and latest version). in Scribd; From the page. 3 of electronic reproduction. Use the "zoom" resource. French text on Wikisource. English text, with electronic index, in the Perseus Project; At the top right are the active labels "focus" (to switch to annotations or Latin text) and "load" (to display text and annotations at the same time or for bilingual text). Latin text on Wikisource. Latin text on The Latin Library site. Latin text of the 2nd version (ca. 5 BC) on the site of the Bibliotheca Augustana (Augsburg). Commentary on the Heroids of Ovid. I: Penelope to Ulysses. English text, with electronic index, in the Perseus Project.BOCCACCIO: De mulieribus claris (About illustrious women) XL: De Penelope Ulixis spouse (About Penelope, Ulysses's spouse). Translation to Spanish; ed. by Pablo Hurus, from 1494. Reproduction, with indexes and engravings, in electronic facsimile, in the Parnaseo repository, of the University of Valencia. Reproduction of engraving; clicking on it, you get the text. Indices. On the repository name, see "Parnassus". Reproduction in electronic facsimile, on the website of the Hispanic Digital Library. Latin text, on the site of the Italian Library LAMB, Charles: The Adventures of Ulysses, Chapman & Hall, 1808; in English. Reproduction,