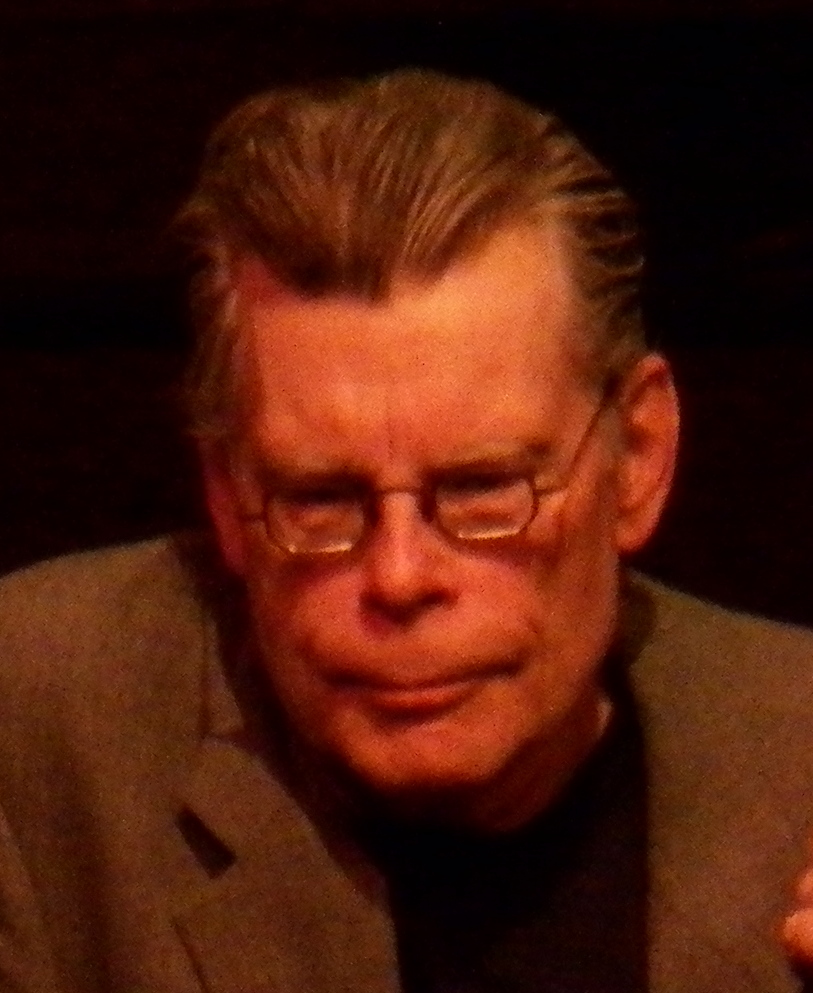 Stephen Edwin King (pronunciation: /ˈstiːvən ˈɛdwɪn ˈkɪŋ/) (Portland, Maine; September 21, 1947), better known as Stephen King and occasionally by his pseudonym Richard Bachman, is an American writer of horror novels, supernatural fiction, mystery , science fiction and fantasy literature. His books have sold more than 350 million copies [1] and most have been adapted for film and television. He has published 61 novels (seven of them under the pseudonym Richard Bachman) and seven non-fiction books. He has also written around two hundred short stories and novellas, most of which have been collected in eleven collections. Disdained by critics and literary scholars for being considered a "commercial" author,[2] his work has generated increased attention since the 1990s, although some of these circles continue to reject his books.[3] He is regularly criticized for his allegedly "non-literary" style and the excessive length of some of his novels.[3] On the contrary, his sense of narrative, his animated and colorful characters and his ability to play on the fears of readers have been targeted. of praise. Although in most of his stories he uses the resource of terror, he also regularly addresses issues such as childhood, racism and war, providing a very realistic social portrait of the United States. Her short novel "Rita Hayworth and the Shawshank Redemption" was the basis for the film The Shawshank Redemption, the highest rated on IMDb[4] and voted by Empire magazine as the best in history in its The 201 Greatest Movies poll. of All Time in March 2006.[5][6][7] Other film adaptations of his works that have achieved critical and commercial success include Carrie, directed by Brian De Palma in 1976; The Shining, directed by Stanley Kubrick in 1980; Count on Me and Misery, directed by Rob Reiner in 1986 and 1990, the latter winner of an Oscar and a Golden Globe thanks to Kathy Bates's performance as lead actress;[8] The Green Mile (1999); and The Fog (2007). King himself has occasionally dabbled as a writer, producer, and actor on some television series and movies, and also directed the feature film Maximum Overdrive. King has won numerous literary awards, including the Bram Stoker Award thirteen times, the British Fantasy Award seven times, the Locus Awards five times, the World Fantasy Award four times, the Edgar Award twice, and the Hugo and O. Henry on one occasion.[9] Being a Maine native, many of his stories take place in that state. Its use of fictitious cities located in Maine, such as Castle Rock, Jerusalem's Lot and Derry, is also frequent. He has been the husband of the writer and activist Tabitha King since 1971, with whom he has three children: Naomi Rachel (1970), Joe (1972), and Owen (1977).[10]

Stephen King was born in Portland, Maine, the second son of Donald King and Nellie Ruth Pillsbury. When King was two years old, his father left the family.[11] His mother raised him with his older brother David on her own, sometimes under great financial trouble. After living in Fort Wayne, Indiana, and Stratford, Connecticut, the family moved to Ruth's hometown of Durham. King attended Durham Elementary School and then Lisbon Falls High School.[12] As a child, King witnessed a horrible accident, one of his friends got caught on some rails and was run over by a train.[13] Although this event could have inspired King's dark creations, the writer himself has dismissed the idea. [14] He started writing from an early age, while basing himself on recently seen movies and comics. While in college he began selling stories to his