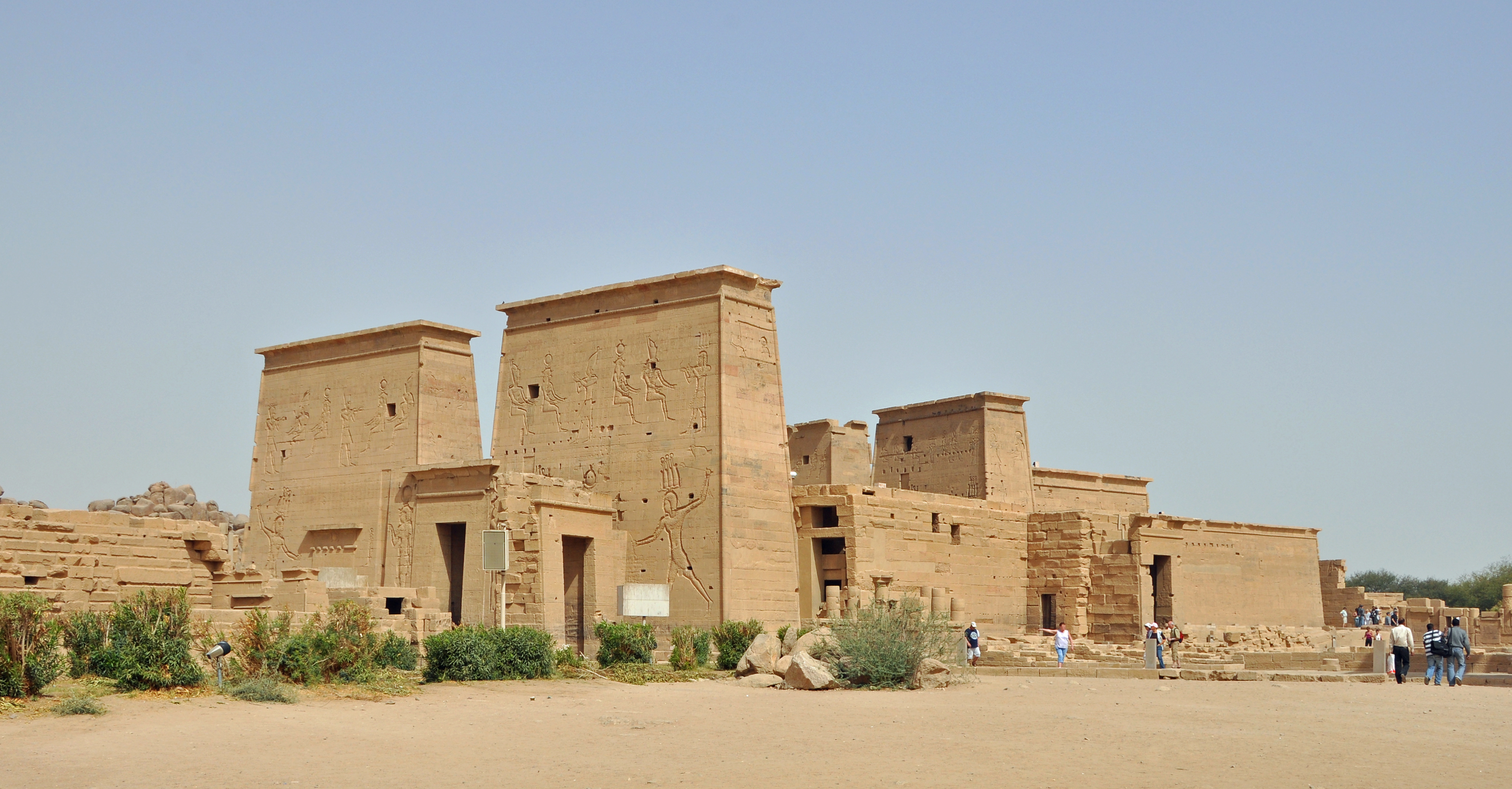 Egyptian temples were built for the official worship of the gods and the commemoration of the pharaohs of Ancient Egypt in the regions under their rule. The temples were seen as the home of the deified gods or pharaohs to whom they were dedicated, and in them the pharaohs and the Egyptian clergy carried out various rituals, the central functions of the Egyptian religion: making offerings to their gods, recreating mythological passages through festivals and ward off the forces of chaos. These rituals were seen as necessary for the gods to maintain maat, the divine order of the universe. The care of the home of the gods was the obligation of the pharaohs,[N 1] who dedicated large amounts of resources to the construction and maintenance of the temples. By necessity, the pharaohs delegated most of the rituals to a large priestly caste, although most of the common people were kept out of direct participation in the ceremonies because they were forbidden access to the most sacred areas of the temples. Despite this, the temple was always an important religious center for all Egyptians, who came to pray, make offerings and seek guidance from the oracles. The most important part of the temple was the naos or sancta sanctorum, which normally housed a cult image, a statue of the god. The rooms that surrounded the sanctuary grew in size and luxury with the passage of time, and thus the temples went from simple sanctuaries in the predynastic period (late fourth millennium BC) to the enormous stone buildings of the New Kingdom (1550 -1070 BC) onwards. These temples are among the largest and most enduring examples of all Egyptian architecture, decorated and arranged in complex patterns of religious symbolism. Its typical design consisted of a series of closed rooms, open courtyards and monumental entrances flanked by pylons, all aligned by an axis that marked the route of the processional festivals. Around the temple itself, a wall was usually created that enclosed various secondary buildings. The great temples also owned large amounts of land on which they employed up to thousands of laymen to meet their needs. The temples were, in addition to religious centers, important economic enclaves. The priests who ran these powerful institutions enjoyed great influence in the government of Egypt, and despite their ostensible subordination to the pharaoh, they sometimes posed significant challenges to his authority. Temple building in Egypt continued despite the decline of the nation and its loss of independence under the rule of the Roman Empire. However, with the arrival of Christianity, the Egyptian polytheistic religion faced increasing persecution, and the last temple was closed in 550 AD. C. For centuries, the temples suffered destruction and abandonment. It was not until the beginning of the 19th century, and especially after the Napoleonic invasion of Egypt, that interest in the country of the Nile among Westerners grew, giving rise to the birth of Egyptology and the rise of tourism to visit the remains of that civilization. Dozens of temples have survived to this day and some are world famous tourist attractions, making a major contribution to the economy of modern Egypt. Egyptologists continue to study the surviving temples and the remains of those destroyed, as they are valuable sources of information about Ancient Egyptian society.

According to Egyptian mythology, the temples of Ancient Egypt were the residence of the gods on Earth. In fact, the term that the Egyptians used to define them, ḥwt-nṯr, means "mansion (or enclosure) of a god".[1][2] The presence of the gods in the temple