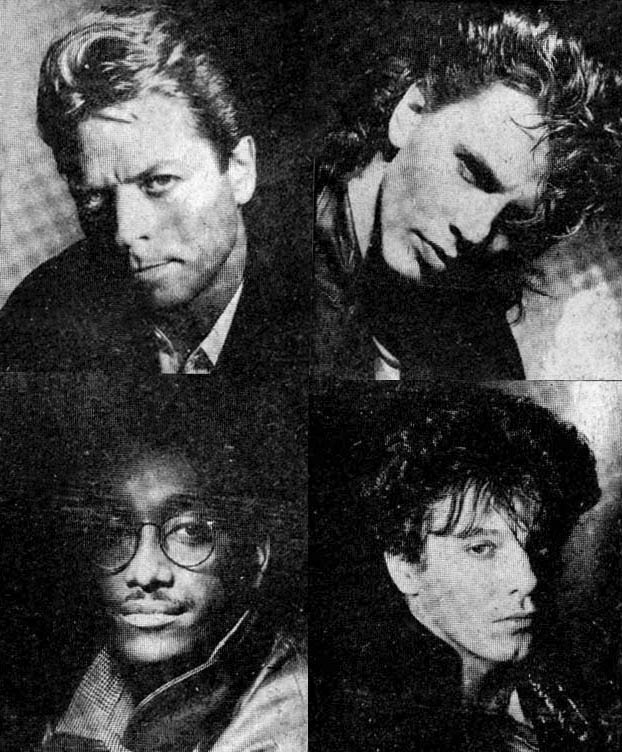 The Power Station was a British-American rock supergroup founded in New York in 1984. During a period of inactivity for Duran Duran, bassist John Taylor and his girlfriend Bebe Buell wanted to record a version of T. Rex's "Get It On". with the participation of guitarist Andy Taylor and drummer Tony Thompson of Chic. Soon after, the couple separated and, instead of recording a single, the three musicians chose to record a studio album under the name of Big Brother with different singers as guests. Among them was the British Robert Palmer, who was going to sing on a single song, but after trying the demo of "Get It On" they decided to edit the entire album with him, which unexpectedly led to the creation of The Power Station. In 1985 they released their self-titled debut album that achieved positive notoriety in world markets, especially in the United States, where it reached sixth place on the Billboard 200 and in less than a year sold more than a million copies. The success he achieved motivated them to make a promotional tour, but days before starting it, Palmer resigned to resume his solo career and they hired Michael Des Barres, lead singer of Detective, in his place. Although the tour featured several performances, including an appearance at the Live Aid benefit concert in Philadelphia, by November 1985 the band had broken up. Ten years later, the four original members got together and wrote material for a new album, but before it was finished John dropped out due to personal problems. Bernard Edwards —producer of both albums— covered his position, however, in April 1996 he died of pneumonia in Japan. The remaining three musicians finished the album and it was released in 1996 under the title Living in Fear. After a promotional tour of the United States, Japan, and Europe, The Power Station broke up. In 2003, with the passing of Robert Palmer and Tony Thompson, any possibility of an eventual reunion ended.

In the first half of the 1980s, the British band Duran Duran enjoyed great popularity thanks to their albums, singles and concert tours. In 1984, after the promotional tour of the album Seven and the Ragged Tiger (1983), the group had considered pausing their career, but at the end of that year they were invited to participate in the song "Do They Know It's Christmas?" of the Band Aid project. According to keyboardist Nick Rhodes, there was pressure to record a new production, but they, exhausted from the long, uninterrupted work schedule, said no, preferring to take a break in 1985.[1] However, this hiatus as such it never came, since its five members formed two parallel projects: Rhodes, Simon Le Bon and Roger Andrew Taylor founded Arcadia, while Andy Taylor and John Taylor, The Power Station.[2]

In a 1998 interview, John mentioned that: "I needed a break from Duran... In a way, I needed to declare my own independence." Therefore, together with Bebe Buell -his partner at the time- they decided to record a funky version of the T. Rex song "Get It On" with the participation of Andy and Chic drummer Tony Thompson.[1] John and Andy met Thompson in May 1983 in Fréjus, France, when he was part of David Bowie's band on their Serious Moonlight tour. The four, along with Thompson's bassist and Chic bandmate Bernard Edwards, met at Maison Rouge Studios in Fulham, England.[3] John's concept was for Buell to sing on the song, but before recording it the couple formally ended their relationship.[2] Parallel to this, John and Andy met with Mars Williams, saxophonist of The Psychedelic Furs, who had recently worked with Billy Idol and for