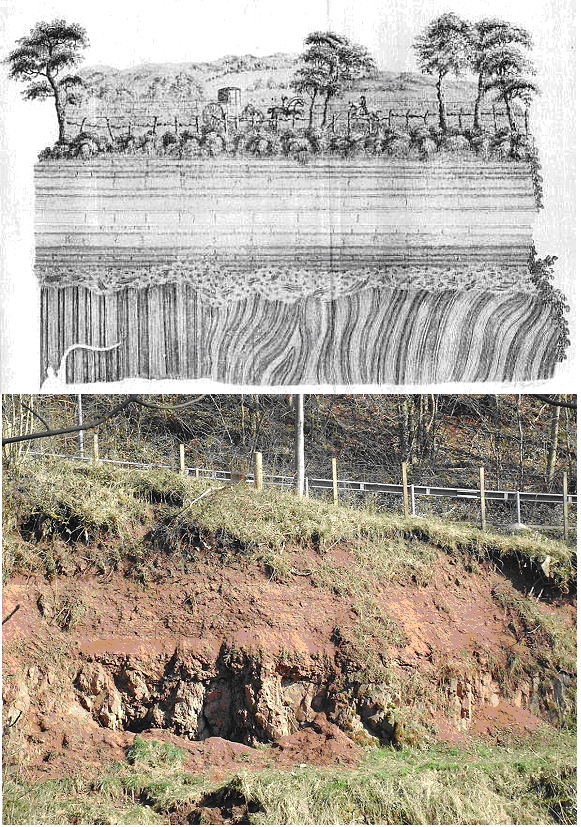 In the philosophy of science, uniformitarianism, also known as the doctrine of Uniformity, is the assumption that the same natural laws and processes that operate in current scientific observations have always operated in the universe in the past and apply everywhere. the universe.[1][2]​ It refers to the invariance in the metaphysical principles that underpin science, such as the constancy of cause and effect throughout space-time,[3] but it has also been used to describe the spatio-temporal invariance of physical laws.[4] Although an untestable postulate that cannot be verified using the scientific method, uniformitarianism has been a key first principle of virtually every field of science.[5] In geology, uniformitarianism has included the gradualist concept that "the present is the key to the past" and that geological events occur at the same rate as they always have, although many modern geologists no longer hold to strict gradualism.[6] ] Coined by William Whewell, it was originally proposed in contrast to catastrophism[7] by British naturalists in the late 18th century, beginning with the work of geologist James Hutton in his numerous books, including Theory of the Earth. of the Earth].[8] Hutton's work was later refined by scientist John Playfair and popularized by geologist Charles Lyell's Principles of Geology in 1830.[9] Today, the history of Earth was a slow and gradual process, punctuated by occasional catastrophic natural events.

The earlier conceptions[which?] probably had little influence on the geological explanations for the formation of the Earth that appeared in Europe in the 18th century. Abraham Gottlob Werner (1749-1817) proposed Neptunism, where the strata represented deposits precipitated from receding seas on top of primordial rocks, such as granite. In 1785, James Hutton proposed an opposite and self-sufficient infinite cycle based on natural history and not on the biblical account. [10][11] Hutton then looked for evidence to support his idea that there must have been repeated cycles, each involving deposition on the seafloor, uplift with tilt and erosion, and then movement underwater again for more layers to be deposited. At Glen Tilt in the Cairngorm Mountains, he found metamorphic schists penetrating the granite, in a way that indicated to him that the presumed primordial rock had melted after the strata had formed.[13][14] There were read about the angular unconformities interpreted by the Neptunists, and found an unconformity at Jedburgh where the greywacke layers at the lower levels of the cliff face had been tilted almost vertically before eroding to form a level plane, which was now under some horizontal layers of Old Red Sandstone.[15] In the spring of 1788 he took a boat trip along the Berwickshire coast with John Playfair and the geologist Sir James Hall, and found a radical unconformity that showed the same sequence at Siccar Point.[16] Playfair later recalled that "the mind seemed to grow dizzy looking so far into the abyss of time",[17] and Hutton concluded a paper in 1788 which he presented to the Royal Society of Edinburgh, later rewritten as a book, with the phrase "we find no trace of a beginning, no prospect of an end."[18] Both Playfair and Hall wrote their own books on the theory, and for decades, a vigorous debate between Huttonians and Neptunists continued. The paleontological works of Georges Cuvier in the 1790s, which are