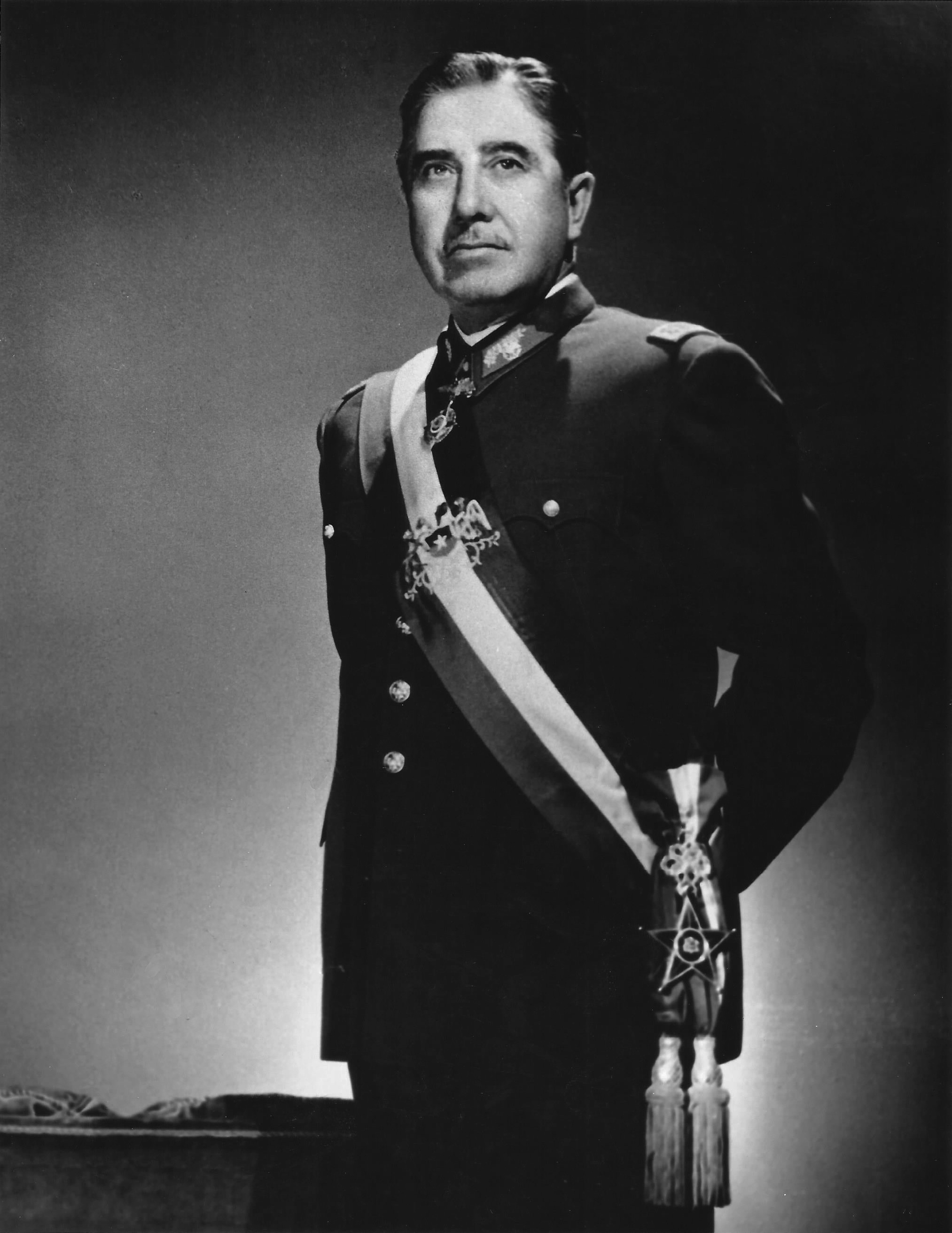 General Augusto José Ramón Pinochet Ugarte (Spanish: Augusto José Ramón Pinochet Ugarte) (born 25 November 1915 in Valparaایso - died 10 December 2006 in Santiago) was a Chilean military man who was ousted in the 1973 coup d'état of Chile (1973). He ousted Allende and held Chile's self-proclaimed presidency for 17 years until 1990. Before leaving office in 1990, Pinochet enacted legal measures to ensure that his crimes could not be prosecuted. Until recently, the Chilean Supreme Court revoked his immunity and he could be tried for breaking the law. Thousands were imprisoned in Chile following his 1973 coup against the left-wing government of Salvador Allende. Since General Pinochet was ousted, thousands of communists have called for his arrest and trial. After his death, there was a sense of despair among leftists over Augusto Pinochet's failure to stand trial on charges of human rights abuses during his rule. In November 2006, Pinochet accepted responsibility for what had happened during his tenure, although he was never prosecuted. Many of his loyalists released him after he was found guilty of embezzling $ 27 million in 2004. He finally died on December 10, 2006 at the age of 91 in Santiago.

Augusto Pinochet was born on November 25, 1915 in the port city of Valparizo in Chile. His father Vera and mother Aulina immigrated to Chile around the 19th century and were considered Chilean immigrants. He attended elementary and middle school (the second stage of education) in the convent of San Rafael in Valparaزso. In 1937 he enlisted in the Chakaboko Regiment in Pargote, and two years later in 1939 he was promoted to the rank of lieutenant in the Maipo Regiment, his barracks in Valparaزso, and then returned to the cavalry in 1940. In 1943 he married Lucia Heryart. She had five children, three daughters (Ains Lucia, Maria Veronica, Jacqueline Marie) and two sons (Augusto Osvaldo and Marco Antonio). In late 1945 he joined the Carapango Regiment, which was stationed north of Iquique. He entered the University of War in 1948, but was unable to continue his education because he was the youngest military officer to serve in the Lotta Coal Area. He returned to War University the following year. After gaining the position of Chief of Staff in 1951