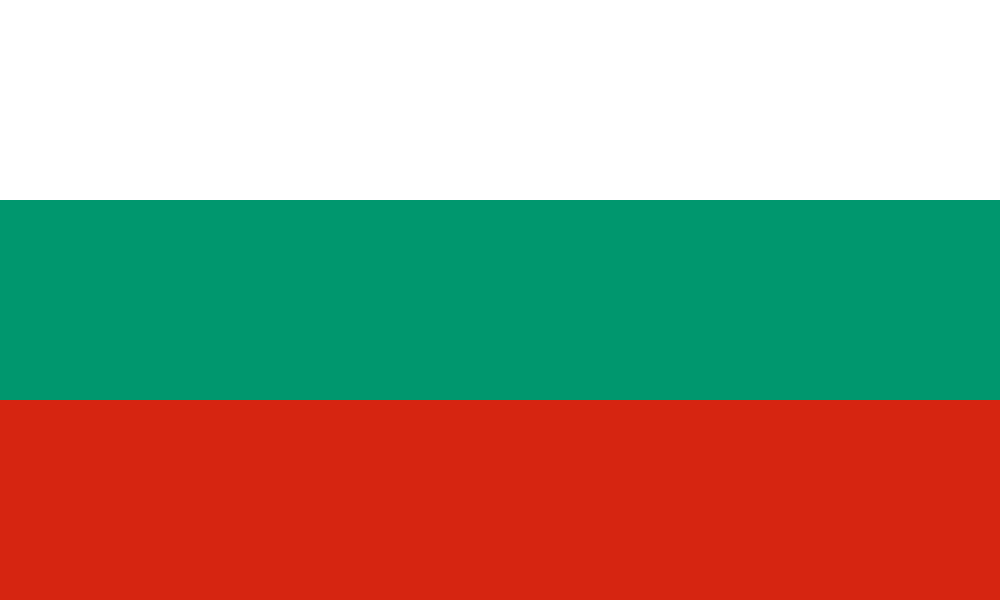 Bulgaria (Bulgarian: България) The official name of the Republic of Bulgaria (Bulgarian: Republic of България) is a country in southeastern Europe. The capital is Sofia. The population of this country is 7,364,570 (in 2020), which is decreasing by 1% every year. Bulgaria has the highest negative population growth in the world. About 85% of the population are Bulgarians and the rest are mostly Turks and Gypsies. Bulgaria covers an area of ​​110,994 square kilometers and is the fourteenth largest country in Europe. Bulgaria became a member of the North Atlantic Treaty Organization (NATO) in 2004, and in 2005 the European Union accepted Bulgaria's application for membership, declaring January 1, 2007 the day of its membership in the European Union. Bulgaria's most important exports are rose essential oil, wine is another important Bulgarian export, Bulgaria is the fourth largest exporter of wine in the world, clothing, footwear, iron and steel, machinery and equipment and fuel are other Bulgarian exports. The Republic of Bulgaria is officially a secular country, but its constitution mentions Orthodox Christianity as the country's traditional religion. 76% of the population are Orthodox Christians, 10% are Muslims and 11.8% are atheists. The emergence of the Bulgarian ethnicity dates back to the days of the first Bulgarian Empire in the Middle Ages. The region of Bulgaria was occupied by the Ottomans for about five hundred years (from 2017 to 1878). In the late nineteenth century, Russian intervention in the territories of the Ottoman Empire in the Balkans led to the formation of the Bulgarian Autonomous State in 1878. Bulgaria was a princely state until 1908 and an independent kingdom until 1946. However, the borders set at the Berlin Conference (1878) did not satisfy the Bulgarians, who fought five battles for the lands promised to them under the Treaty of San Stefano (1877). Bulgaria, which won the first two wars (1885 and 1912), was defeated in the final Balkan War (1913) and two world wars (1915-1918 and 1944) and lost some territories. Following the occupation of the country by the Red Army (1944) and the establishment of a communist regime, the king was exiled (1946), and following popular protests in 1989, Tudor Zhukov (b. 1911) ousted the regime's hardline leader from reformists who promised free elections. The role of the leadership of the party