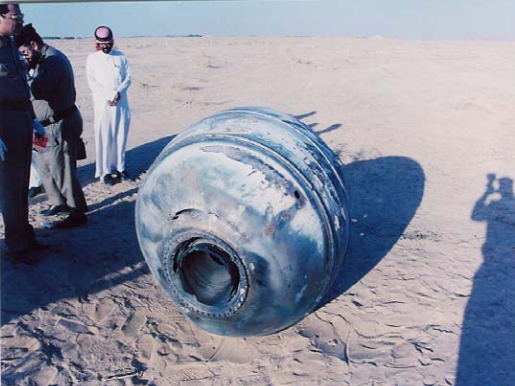 Space Debris are various man-made objects that circulate in Earth orbit, but are no longer useful. Space debris is the remnant of human activity in space, from spacecraft parts to parts of the spacecraft that are removed at various stages of the space mission, or anything else that is left in Earth orbit and no longer works. In 2011, NASA reported that the amount of space debris had increased exponentially and reached the brink of crisis. To the extent that Professor Vitaly Adushkin, a professor at the Russian Academy of Sciences, says that space debris, especially debris from military satellites, can cause political and military tensions between countries in space: Detect this collision quickly. "This is a dangerous political issue."

It is estimated that there are tens of millions of these objects, of which more than 500,000 are intercepted as they orbit the Earth. Due to the speed of this waste, which is about 17,500 miles per hour, it is possible to damage satellites and spacecraft even by relatively small parts. NASA has warned that more than 20,000 pieces larger than a tennis ball and more than half a million larger pieces of marbles are scattered around the Earth, threatening the International Space Station, shuttles and manned spacecraft the most. The US and Russian space agencies are monitoring more than 23,000 pieces larger than 10 centimeters in space, but half a billion particles smaller than 10 centimeters and trillions of smaller particles are said to orbit the Earth. The amount of space debris in low orbits has increased dramatically in the last half century, and if this debris is not removed, the "chain" collision of these wandering pieces with each other will create smaller and more numerous particles.

This garbage all travels at a speed of 28,000 kilometers per hour, and even if it is very small, it can still damage satellites and spacecraft. In 2014, the International Space Station was forced to resort to diversion maneuvers five times to avoid dealing with space debris. ن According to NASA guidelines, if the probability of space debris hitting the International Space Station or spacecraft is more than one in a hundred thousand and this maneuver does not fundamentally change the mission objectives, �