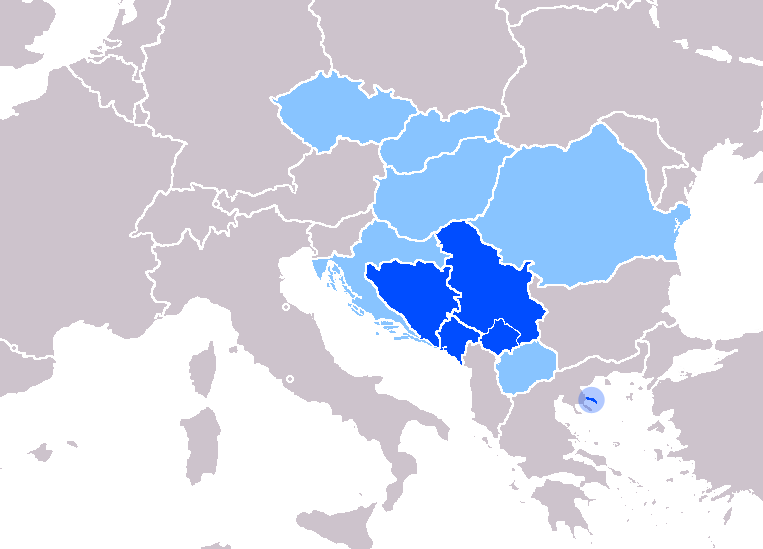 Serbian (Serbian: سرپски језик / srpski jezik) is one of the Indo-European languages ​​and the southern branch of Slavic languages ​​and the main language of this group. It is one of the standard forms of the Stokavian dialect, spoken mostly in Serbia, Bosnia and Herzegovina, and by Serbs scattered throughout the world. The former Serbian-Croatian standard is now fragmented into Serbian, Croatian and Bosnian standards. Serbian is one of the official (and minority) languages ​​of Serbia, Bosnia and Herzegovina, Montenegro, Croatia, Romania, the Republic of Macedonia and Hungary. Two scribes are used to write Serbian: a modified Cyrillic scribe, invented by Vuk Karadzic, and a modified Latin scribe, created by Ludwith Guy. Each of the signs of these two scribes represents each other one by one. Serbian calligraphy is very integrated and solid because almost the principle of "every sound is one letter" applies to it. This rule is based on Adlung's statement: "Write what you say and read what you write."

The Serbian language is written in two different alphabets: the Serbian Cyrillic alphabet and the Latin Latin alphabet. The Cyrillic alphabet is officially used in Serbia. The Latin script is also legally accepted, and is used by almost one-third of the native speakers as the first script. Although there is no official script in this alphabet. The Latin alphabet is widely used in Vivodina.

The two Serbian alphabets are as follows:

Serbian, like other Serbo-Croatian species, has 35 phonemes consisting of 25 consonants and 10 vowels.

The Croatian-Serbian consonant apparatus contains 25 consonants. One of its features is the presence of post-tertiary and enamel consonants and the absence of wear. In Serbo-Croatian, unlike most Slavic languages ​​such as Russian, for many consonants there is no advantage over its non-failure counterpart.

The Serbo-Croatian vowel device consists of five vowels / a, e, i, o, u / in two types, short and long. However, in the text, except in dictionaries, there is no difference between them.

Most words in Serbian have Slavic roots. This means that by following the roots of some of them