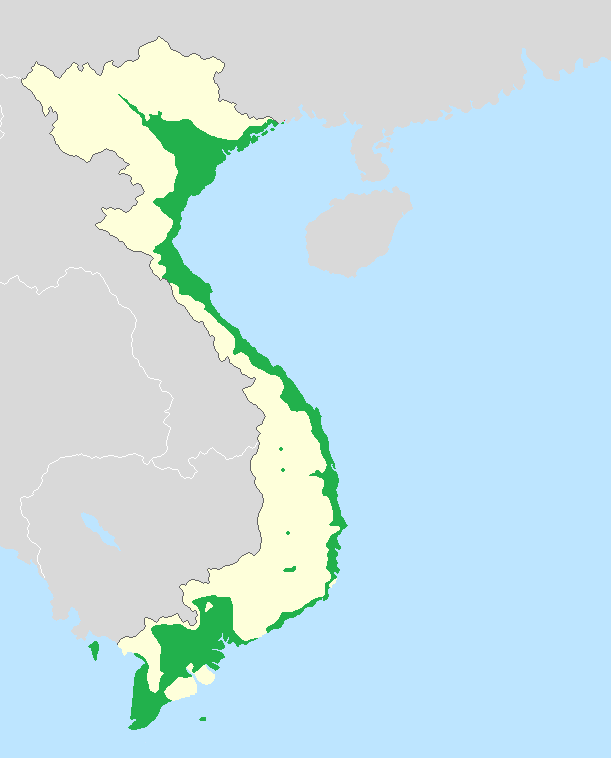 Vietnamese (tiếng Việt or Việt ngữ) is the official and official language of Vietnam. Vietnamese, which is the second most important language in the Asian-speaking group after Chinese, is one of the Astro-Asian languages. It is the mother tongue of 86% of the people of Vietnam and the three million people abroad, most of whom live in the United States. Ethnic minorities in Vietnam also use Vietnamese as a second language. This language has a lot of Chinese words and phrases. In the past, the Chinese alphabet was used to write the Vietnamese language, but now the language has been adapted to the Latin alphabet and several new movements have been added to represent a variety of sounds.

In the distant past, Vietnamese seems to have had features in common with other languages ​​of the Astro-Asian family, such as its morphological morphology and rich silent clusters, which have been lost over time. However, due to its geographical location in Southeast Asia, the Vietnamese language has been greatly influenced and acquired characteristics such as separate morphology and different phonological melodies. Vietnamese was initially influenced by the Chinese language, which in the second century BC. Language had prevailed. After Vietnam gained independence in the 10th century, the Chinese ruling class chose literature as a means of communicating government, acquiring knowledge, and literature. With the dominance of Chinese, Chinese words became fundamental and influenced grammar. Most Vietnamese dictionaries in all fields contain Chinese-Vietnamese words. With the occupation of Vietnam by France in the nineteenth century, French gradually replaced Chinese in education and government. Vietnamese received many words from French, such as đầm (from Madame French), ga (meaning train station), sơ mi (from French paperback), búp bê (meaning doll). In addition, many Chinese-Vietnamese words were adapted to Western ideas that came from the French language. Divides the Vietnamese language into six periods: Pre-Vietnamese: The ancestor of the Vietnamese language associated with the Moong language. Nia-Vietnamese: It belongs to the period before the arrival of Chinese-Vietnamese words in this language, which approximately includes the seventh to eighth centuries. Ancient Vietnamese: A state of language that had just adopted Sino-Vietnamese vocabulary (c. 10th century AD) Ancient Vietnamese: Vietnamese written in Chinese-Vietnamese script. Vietnamese middle