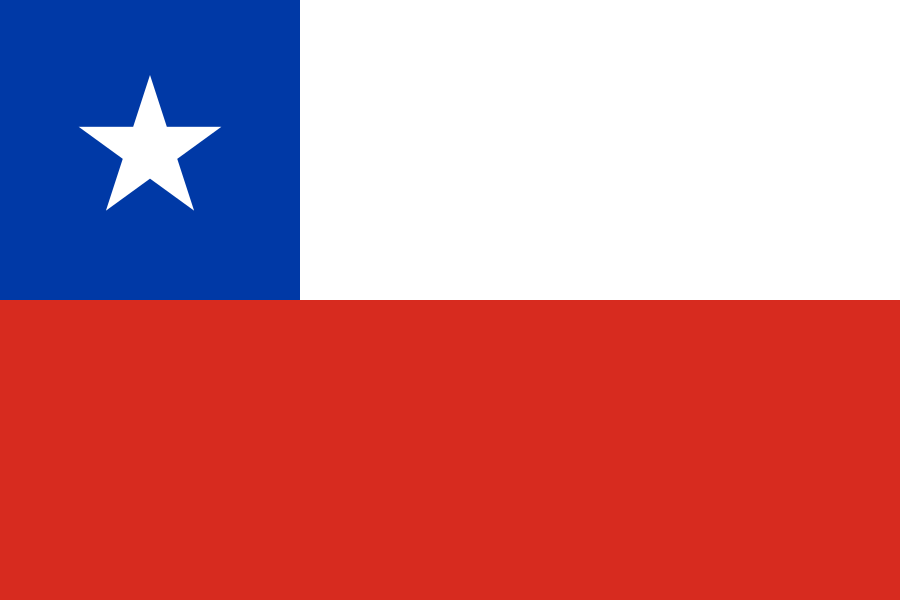 Chile (Spanish: Chile) is the official name of the Republic of Chile (Spanish: República de Chile), a country in South America whose capital and most important city is Santiago. Chile is drawn on a map of South America like a long, narrow strip between the Andes in the east and the Pacific in the west. The Pacific Ocean forms the entire western border of the country, bordering Peru to the north, Bolivia to the northeast, Argentina to the east, and the Drake Pass at the lowest southern point. Along with Ecuador, it is the only country in South America that does not share a border with Brazil. The length of the country's coastline with the Pacific Ocean is 6,435 km and the length of the border between Chile and Argentina is more than 5,000 km, which is one of the four longest borders in the world. The Atacama Desert is located in the northern part of the country with an area of ​​1000 km. This desert is in fact the driest region on earth, which is of great economic value to Chile due to its aridity. The desert is rich in minerals such as copper, gold and silver, of which only 5.7 million tonnes of copper were mined and then exported in 2015. One of the most important events in Chile's history dates back to the 1970s, when Salvador Allende of the Chilean Marxist Party won the election and was elected president, but then in the coup of September 11, 1973 led by Augusto Pinochet and with the help and influence of the CIA, General Pinochet succeeded in carrying out the coup in this country. This coup had a tremendous and very important impact on the history of this country and the course of the Cold War. Today, Chile is one of the most stable and secure countries in Latin America in terms of sustainable growth and development in indicators such as human development, competitiveness in trade and economy, economic freedom and per capita income growth. Chile is a member of the United Nations, the Association of South American Nations, and the Latin American and Caribbean Communities.

About 10,000 years ago, migrant Indians settled in fertile valleys along the coast now called Chile. The Incas expanded their empire to what is now northern Chile, but the barrenness of the area prevented them from expanding their residence. The conquest of what is now Chile was only gradual, and the Europeans suffered repeated setbacks at the hands of the local population. The mass uprising that began in 1533 with the death of Valdivida and Takhar