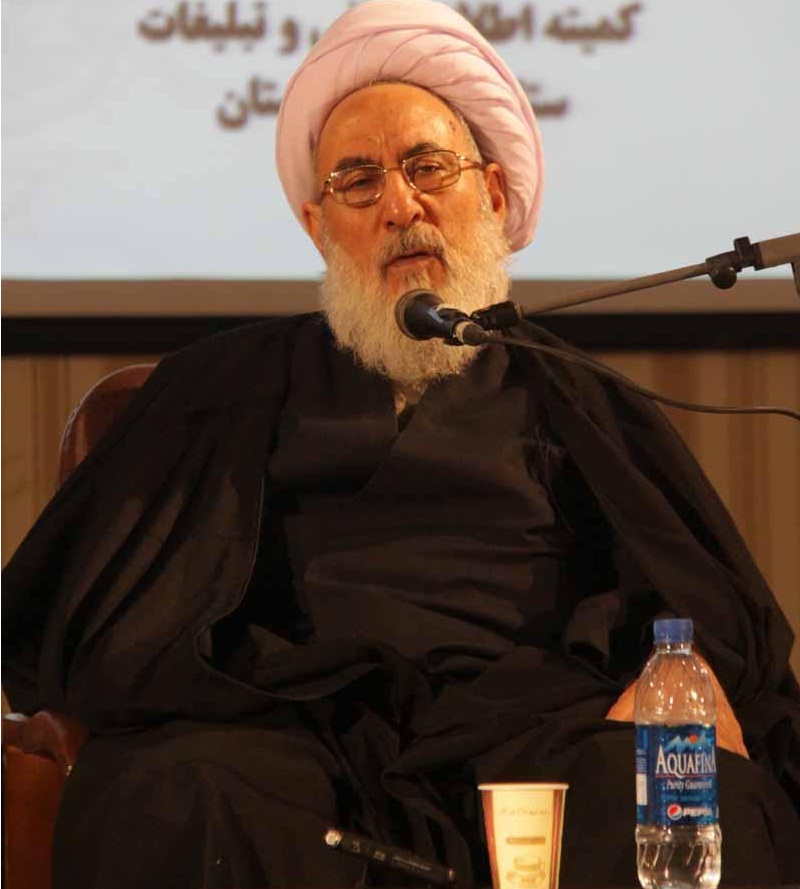 Mohsen Mojtahed Shabestari (November 26, 1316 - November 17, 1400) was an Iranian cleric and politician from East Azerbaijan and a member of the Expediency Council. He was the former Friday Imam of Tabriz and the representative of the Supreme Leader in East Azarbaijan province. He was the representative of the people of East Azerbaijan province and the spokesman of the investigation commission of the Assembly of Leadership Experts in the fourth term. In the first, second and third terms, he was a representative of the Assembly of Leadership Experts, and in four terms, he was also a representative of the Islamic Consultative Assembly from Tehran. He was also a member of the Central Council of the Tehran Fighting Clergy Society and had been repeatedly arrested and detained by SAVAK security forces. He is the younger brother of Mohammad Mojtahed Shabestari. Among his writings are the interpretation of the verses of Ibad al-Rahman and an attitude towards public culture.

Mujtahid Shabestari studied intermediate and advanced courses in jurisprudence in the seminary of Qom in October 1943 after completing his primary education; Also in the field of courses outside of jurisprudence with Seyyed Mohammad Kazem Shariatmadari (who was under his care after the death of his father), Hossein Fatemi Qomi, Seyyed Hossein Boroujerdi, Seyyed Mohammad Mohaghegh Damad, Seyyed Mohammad Hossein Tabatabai, Seyyed Mohammad Reza Golpayegani, Abbas Tehrani and Mirza Hashem Amoli Learned science. After that, he taught various theological sciences in Tabriz, Tehran and Qom.

Mujtahid Shabestari is known as one of the founders of the militant clergy community. Before the Islamic Revolution of Iran, he had relations with people such as Morteza Motahhari, Seyyed Mohammad Hosseini Beheshti and Mohammad Mofteh and participated in political struggles. Mujtahid Shabestari's activities during this period include leading political activities in Tehran's District 6, speaking out against the Pahlavi government, consulting with members of the militant clergy, and writing the text of the organization's declarations.

After the victory of the Islamic Revolution, Mohsen Mojtahed Shabestari was elected as the head of the Revolutionary Committee in District 6 of Tehran. After that, he represented the people of this city in the first, second, fourth and fifth terms of the Islamic Consultative Assembly. On June 25, 1995, after Muslim Malakouti, he was appointed as the fourth Friday Imam of Tabriz and held this position for 22 years. In three consecutive terms, he represented the people of East Azerbaijan Province in the Assembly of Experts. Other responsibilities of Mujtahid Shabestari include membership in the Supreme Council of the World Assembly of Ahl al-Bayt