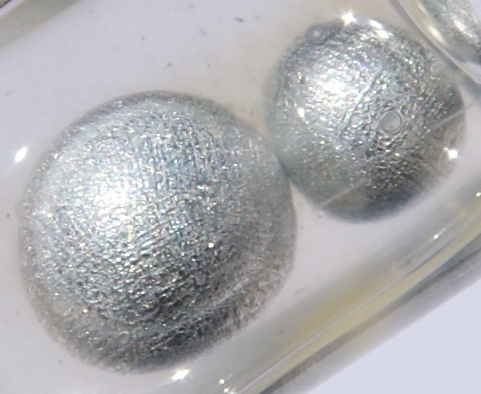 Potassium with the chemical symbol K (from the word Kalium in New Latin with the root of alkali) is an alkali metal and its atomic number is 19. Potassium is a soft, silvery-white substance that oxidizes easily in air and reacts strongly with water to generate heat, causing hydrogen to ignite and react. Potassium and sodium are very similar chemically. Genesis This element makes up about 2.4% of the weight of the Earth's crust and is the seventh most abundant element in it. It is very difficult to obtain potassium from minerals due to its insoluble nature and durability. However, other minerals such as Carnallite, Langbeinite, Polyhalite and Sylvite are found in the seabed or old lakes. Too much sedimented minerals in these ponds make the extraction of potassium and salt more economical. Important sources of potassium and potash are sources in California, Germany, New Mexico, Utah and other parts of the world. At a depth of 3,000 feet beneath the Saskatchewan bedrock, there are vast amounts of potash that could be considered an important source of this element in the future. The oceans are another source of potassium, but compared to sodium, the amount of potassium in a given volume of seawater is very small. Potassium can be decomposed into its hydroxide components by electrolysis. Thermal methods are also used to produce potassium. Potassium is never found in the wild. However, K + ions in living organisms are very important for the physiology of stimulus cells.

Soft alkali metal with silver polish; Lightweight; It oxidizes rapidly in humid air, so it is stored in oil with a volume mass of 0.872; Melting point 63 ° C; The boiling point of 770 ° C is strong, the properties of potassium are similar to those of sodium, but it is more intense.

Its minerals and mines are located in Germany, New Mexico, Canada, California, Eta, England, the Soviet Union and the eastern Mediterranean. Its most important minerals are carnelite; Silvite and polyhalite. Thermal chemical distillation of potassium chloride with sodium is the main method of preparation.

Fire hazard; It reacts with water and this action is exothermic and the heat resulting from this action melts and disperses potassium and also burns hydrogen; Potassium-induced fires are difficult to extinguish; To extinguish it, dry powder of soda ash or graphite or mixtures of wax