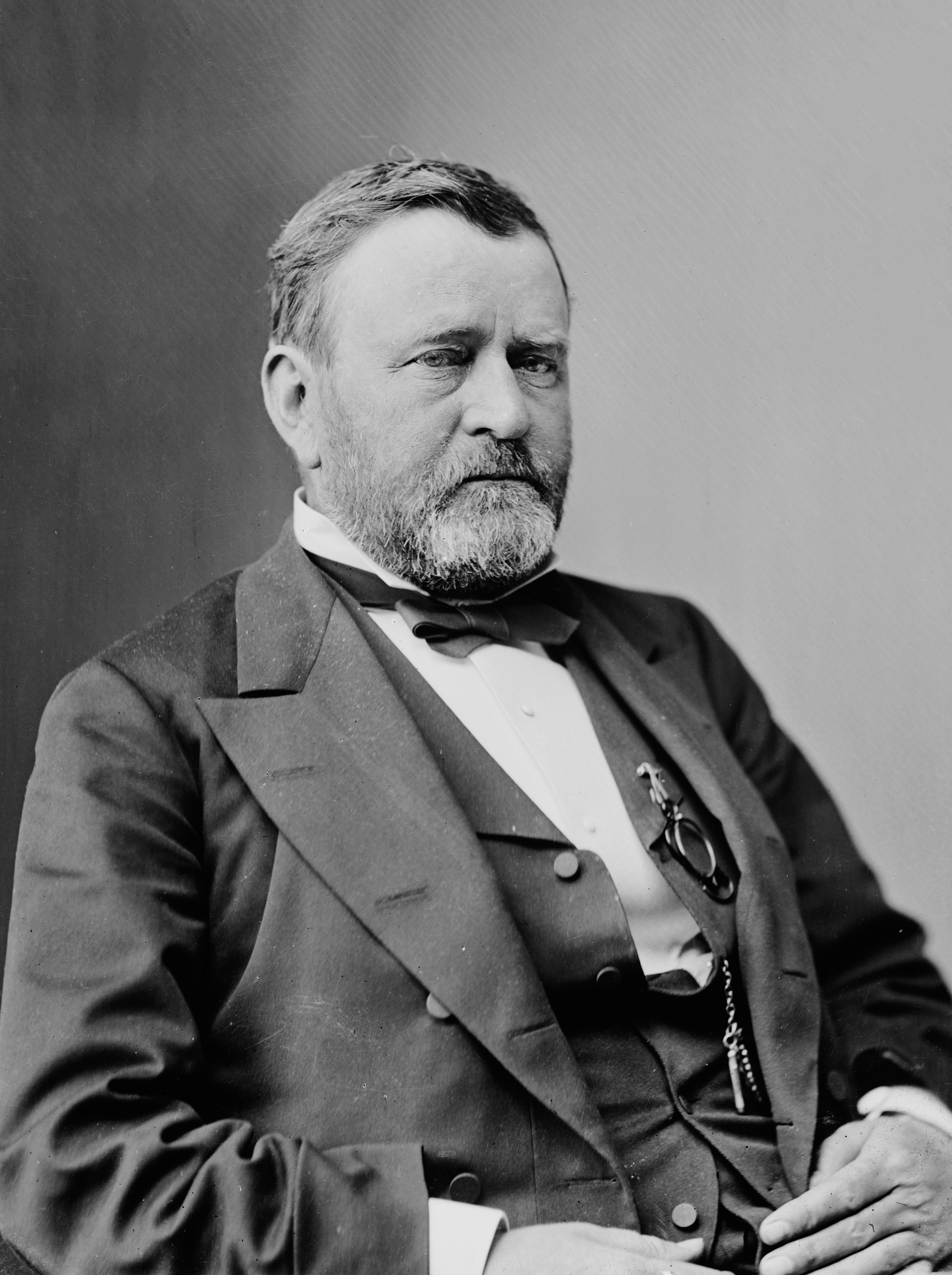 Ulysses Simon Grant (April 27, 1822 - July 23, 1885) was the 18th President of the United States, and the hero of the American Civil War. He was president of the United States from 1869 to 1877. Biography Grant in the Civil War Ulysses Grant was born in 1822 (Drawway), the son of an Ohio tanner. He went to West Point Military School against his will and graduated in 1843. Grant fought in the Mexican War under General Zakari Taylor. When the Civil War broke out, Grant was working in his father's leather shop in Galloway, Illinois. Grant organized the regiment and was promoted to the rank of Brigadier General of the Volunteer Forces. Grant showed courage and merit in the American Civil War, on one of the battlefields when the Confederate army commander asked him to declare a ceasefire, he replied: "No condition is accepted except immediate and unconditional surrender." The Confederates surrendered, and President Lincoln appointed him Commander-in-Chief of the Volunteer Forces. During the war, Grant showed his worth and played an important role in the defeat of the Confederates, and in March 1864 he became Senior General.

Ulysses Grant, the 18th President of the United States

It was late in Andrew Johnson's presidency that General Ulysses Grant disagreed with Johnson and joined the extremist Republicans. General Grant symbolized the victory of government forces during the Civil War and was the most natural choice for Republicans to run in the 1868 presidential election. When General Grant became president, Americans were tired of the turmoil. General Grant made no changes, he waited for congressional guidance and seemed confused. Grant in the White House General Grant defeated his Democratic rival, Horace Seymour, in the 1868 election and went to the White House as the 18th President of the United States. The population of the United States at that time was 39,818,449. Ulysses Grant ran the government in much the same way that he brought the army and a number of armies to the White House. .

Second term of the presidency

Reform Liberal Republicans attacked Grant in his campaign for a second term. Grant also called them short-sighted and short-sighted men. General Grant won the 1872 election by a majority