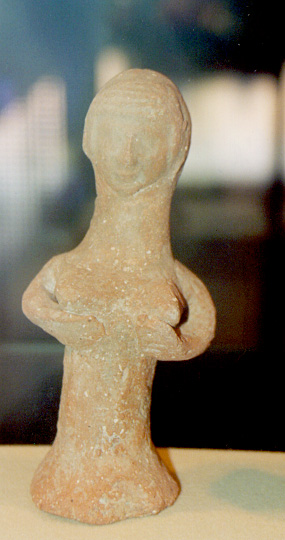 Asherah is a Semitic mother goddess who was widely worshiped in Syria and Palestine. Asherah is Dagon's wife and Baal's mother. Ashera appears in numerous ancient writings, such as in Akkadian texts as Ashratum/Ašratu and in Hittite sources as Asherdu/Ashertu. Ashera is generally considered to be the same goddess as the Ugaritic (Canaanite) goddess ʼAṯirat, and in Ugaritic sources her consort was Ēl. According to Middle Eastern archeologist William G. Dever, Asherah was considered the consort of Yahweh in the pre-exilic religion of the Israelites. On the Sinai Peninsula, oyster machines have been found that mention "Yahweh of Teman and his Asherah" and "Yahweh of Samaria and his Asherah".