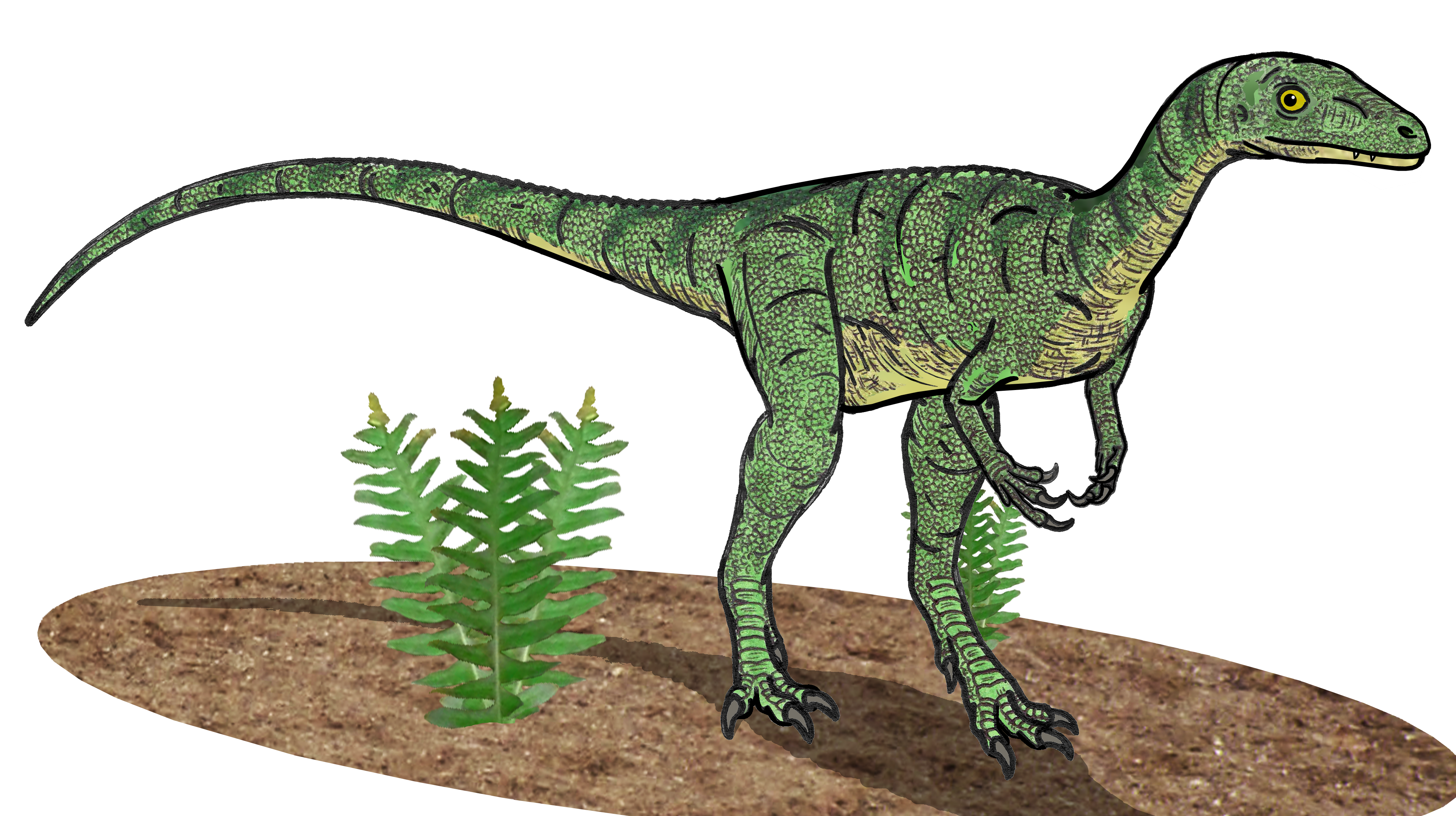 Dinosaurs or monstrous lizards (Dinosauria) were a very successful group of animals that lived in the Mesozoic era. The first dinosaurs evolved in the Triassic period about 230 million years ago, but their reign did not begin until after the mass extinction of the Triassic period, and they ruled the earth through the Jurassic and Cretaceous periods. Dinosaurs died out suddenly in the Cretaceous mass extinction about 65 million years ago. An asteroid hitting the earth and volcanic eruptions have been considered the cause of the mass destruction. Only birds descended from dinosaurs survived the mass destruction, which have been called dinosaurs in recent decades, when their similarity has been better understood than before. Dinosaurs were even-tempered land animals. Some of them were herbivores, some carnivores and some omnivores. The size of the dinosaurs varied greatly: the smallest were less than 200 grams, and the largest is the Argentinosaurus, estimated to weigh 80–100 tons, which would therefore be the largest land animal of all time. Dinosaurs are divided into two classes based on the structure of their pelvis: lizard hips and bird hips. They, in turn, are divided into many side groups. More than a thousand species have been found, and more are being found all the time. Dinosaurs were defined as their own group for the first time by the Englishman Richard Owen in 1841 and invented their name at the same time. Dinosaur fossils have been found on all continents. At the turn of the 20th century, fossils were found especially in the dry regions of North America, and today the most significant places of discovery are in China and South America.

The name dinosaur means terrible lizard (< Greek deinos, 'terrible' and sauros, 'reptile/lizard'), which is also their parallel name in the Finnish language. The name was invented in 1842 by the English naturalist Richard Owen. Different dinosaur names have different endings and other parts that describe their characteristics, for example wingedness or teeth. The suffix -saurus is used especially in the names of reptile-like animals, and the suffix -raptor (Latin 'robber') means predator and beast. Names are also often given after researchers and places of discovery. Birds are descended from small lizard-hip, feather-covered theropods like Archaeopteryx. Back when dinosaurs were still considered just large crocodile-like reptiles, they were thought to have diverged from birds. However, since the 1980s, the anatomical and physiological differences between birds and their dinosaur predecessors have been found to be smaller than previously thought. That's why birds have started to be directly called dinosaurs. However, the dictionary meaning of the word dinosaur limits the name to reptiles that are still extinct.

Dinosaurs belong to the archosaurs, which also includes crocodilians, flying lizards and Postosuchus. The first dinosaurs evolved in the Triassic period about 235 million years ago. At first they were small, bipedal animals. Their hind legs evolved to be long and straight under the body, unlike other archosaurs, whose legs protruded from the sides. This made dinosaurs more agile than other reptiles and enabled them to move for long periods of time, because they could walk and breathe at the same time due to their position. The two earliest dinosaurs were Eoraptor and Herrerasaurus. Other dinosaur species were very similar. These earliest species were two-meter and three-ton at their largest. So far, the only known large-sized early species was the ten-meter long Ingentia prima, which lived only 15 million years after the first dinosaurs. Prosauropods that lived at the end of the Triassic period, such as Plateosaurus, were the ancestors of later sauropods, about ten meters in length. 201–145 million during the Jurassic period