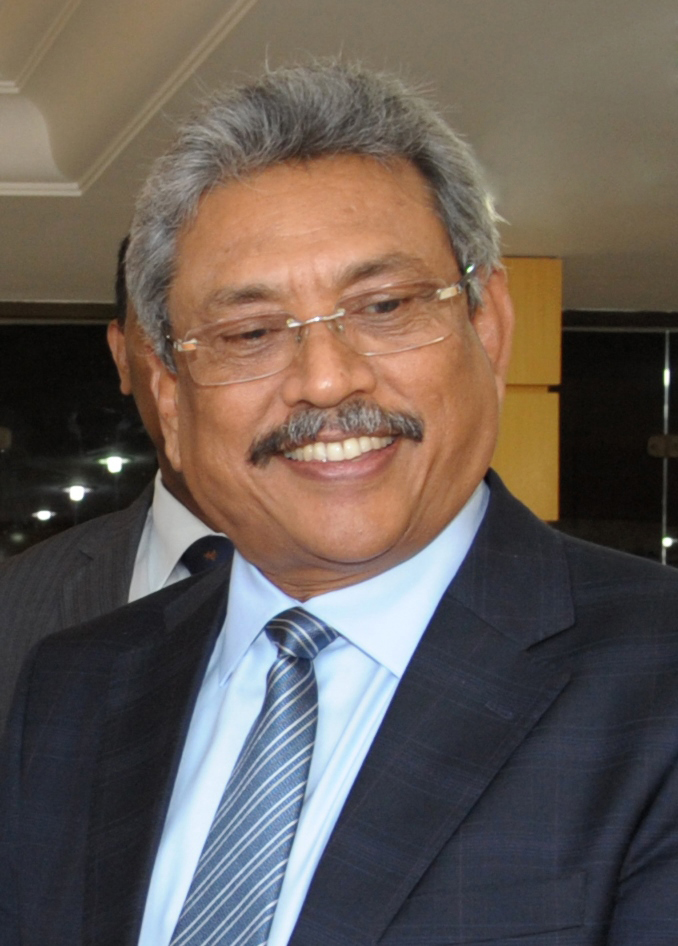 Gotabaya Rajapaksa (born June 20, 1949) is a Sri Lankan politician who served as the president of his country from 2019 to 2022. Previously, he served as the Minister of Defense, for which he is remembered for defeating the Tamil rebels in 2009. He received 52 percent of the vote in the 2019 presidential election. Rajapaksa's popularity was highest among the Sinhalese, religious minorities and Tamils ​​voted more for the rival candidate Sajith Premadasa. In the eyes of his Sinhalese supporters, Rajapaksa is a war hero, in the eyes of his opponents, a war criminal. Rajapaksa himself has denied the allegations of war crimes as baseless. Rajapaksa's army career began in 1971 and lasted until 1992, when he retired and moved to the United States. He returned from the United States in 2005 to help his brother Mahinda Rajapaksa in his presidential election campaign. In 2019, he renounced his American citizenship because Sri Lankan law does not allow the president to have dual citizenship. In his election promise, Rajapaksa promised to intervene in Islamist radicalism. He accused the previous administration of dismantling the intelligence systems he had established, which, according to him, enabled the bombings that took place in April 2019. In November 2019, the new president Gotabaya Rajapaksa appointed his brother, Mahinda Rajapaksa, who served as president from 2005 to 2015, as prime minister after taking office. In August 2020, Prime Minister Mahinda Rajapaksa's party Sri Lanka Podujana Peramuna (SLPP) won a big election victory in the country's parliamentary elections. In his 2019 election campaign, Rajapaksa promised sustainable development and the country's transition to organic farming within ten years. Viyathmaga, a citizen's movement founded in 2016 that pushed for the comprehensive improvement of society, was largely behind the idea, whose ideas were adopted by Rajapaksa. He also appointed members of Viyathmaga to his board. In April 2021, Rajapaksa's government followed through on the promise and banned synthetic fertilizers and pesticides and ordered the country's farmers to switch to organic farming. Despite the assurances, the country's rice production collapsed by a fifth within six months. The country, which was self-sufficient in terms of food for a long time, had to spend nearly half a billion dollars on rice imports, and its price went up by half. The transition also destroyed the country's tea production, which was its most important export product and source of currency. The country's government partially lifted the regulations in November 2021 and, due to inflation, currency collapse and protests, on tea, rubber and coconut in February 2022. In July 2022, President Rajapaksa fled to the Maldives. Ranil Wickremesinghe, who served as Prime Minister, was appointed acting President.