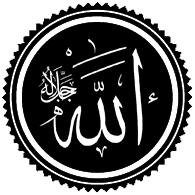 Islam (Arab. الإسلام‎, al-ʾislām, 'submission'; old name Mohammedanism) is a monotheistic religion born in the Middle East. There are currently 1.9 billion Muslims, compared to only 200 million at the beginning of the 20th century. Islam, which has become the second largest religion in the world, is divided into two main trends: Sunnism (approx. 90% of Muslims) and Shiaism (approx. 10%). The core of Islam is expressed by its short creed, the shahada: "There is no god but God, and Muhammad is his messenger". The first part of the creed expresses faith in one God who has no equal. The final part says that all knowledge about God and his will comes from the same source, the prophet Muhammad. The Shiites add the words "and I testify that Ali is a friend of God" to the testimony. The addition emphasizes the position of Ali ibn Abi Talib as the true successor of Muhammad. Despite the similarities, the scriptures of the main trends are partly different. Islam is an "orthopractic" or legal religion. A person can get to Paradise after death by following the law given by God, Sharia, as closely as possible. Otherwise, he will go to Hell. The most important provisions of the law were recorded in the 8th century as five basic pillars in the so-called Hadith of Gabriel. In the same hadith, the Theological core of Islam is given, the "six articles of faith". The life of an ordinary Muslim includes plenty of religious rituals. Muslims participate in them diligently, as they bring merit at the Last Judgment. Religion is considered a very important thing in their lives by the vast majority of Muslims everywhere else in the world, except in Central Asia and the Balkans. In these areas, Muslims began to secularize when they were under the atheistic policies of communist regimes in the 20th century.

Birth and Development of Islam

Muslims believe that Islam originated in the Arabian Peninsula based on the revelations and life of the Prophet Muhammad between 610 and 632. The knowledge of God transmitted by Muhammad was divided into two parts: revelations and sunnah. Muhammad's revelations are compiled in the Koran, which is as eternal and uncreated as God himself. Most of the content of Islam and sharia law comes from the example given by Muhammad (sunna). It was written down starting in the 8th century as hadith collections. Along with the Koran, they belong to the holy scriptures of Islam. In the West, stories about the origin of Islam have started to be treated more cautiously, because Islamic literature and references to the Koran only start to appear from the 8th century. Many Western Orientalists believe that the Islamic literature of the 8th century tells more about its own time than about what happened two hundred years earlier. The previous period, the 6th and 7th centuries, is called the "formative phase" of Islam, and information about it is scarce. The phase of creative development of Islam continued until the 14th century, when the so-called classical Islam with its legal books became established. Islam developed as the state religion of the great Arab caliphate and spread in its territory from the shores of the Atlantic to the mountains of Afghanistan. It still took hundreds of years before the majority of the population had converted to Islam. Islam showed its vitality by continuing to spread beyond its original home to the south of the Sahara, to India and Southeast Asia. In India, it spread with nomadic conquests, but south of the Sahara mainly brought by traders. Joseph Schacht has stated that Islam reflected and served the needs of the early Abbasid society, but was not sufficient for the later demands of state and social development. Part of that is evidenced by the fact that Islamic law, or sharia, has remained in limited use even in countries that are officially Islamic.

Tendencies and Levels of Islam