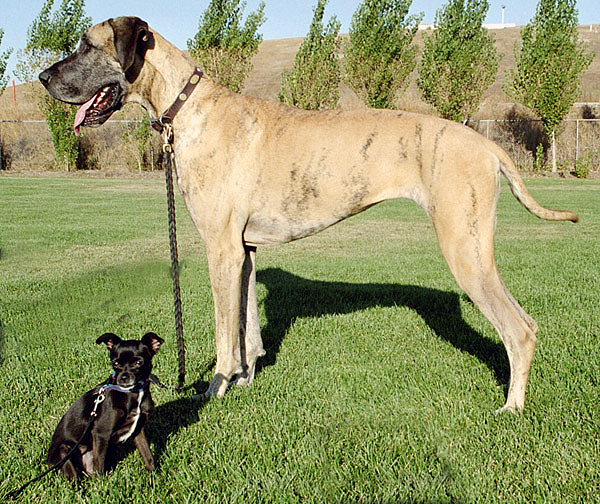 A dog breed refers to a group of dogs that have been selected to be uniform in character and appearance through selective breeding. In practice, the conversion of a particular type of dog to a breed is a matter of definition. Dogs have been bred for a variety of uses for thousands of years. Initially, breeding focused on the development of useful traits for humans, such as hunting ability. Since then, breeding has been aimed mainly at developing the appearance and character, which has resulted in a number of significantly different dog breeds.

The appearance, character, and movements of each dog breed are described in the breed definition, which governs the breeding of the breed. National kennel organizations maintain breed definitions. The country of origin is defined for the breed and the kennel organization of that country is responsible for the breed definition of the breed. Examples of such organizations are the Finnish Kennel Club, Svenska Kennelklubben (Sweden) and American Kennel Club (USA). When a breed is considered established, the International Kennel Club, the Fédération Cynologique Internationale (FCI), also accepts the breed, in which case the breed definition is valid in all its member countries. Representatives of traditional dog breeds approved by the largest kennel organizations are called purebred or purebred dogs. After the closure of the pedigree, only dogs whose parents are also of purebred are considered to belong to the breed. This may cause inbreeding in the breed if the gene pool of the breed is small. The offspring of two dogs of different breeds are called multi-breed or mixed-breed. The breed book is said to be open when new dogs are admitted to the breed. In recent years, breed adoptions have been organized in Finland for, among other things, the white shepherd dog, the Jack Russell Terrier and our domestic breeds for the Lapland reindeer dog, the Finnish Lapphund and the Northern Poodle. In the breeding review, the dog's appearance is judged. If it meets the breed definition with a grade of satisfactory and the dog meets the other conditions for breeding, the dog can be registered for that breed. Usually, certain types of dogs are recognized as their own breed if the type is sufficiently established, ie puppies always resemble their parents sufficiently, both in appearance and character. For example, the Danish-Swedish yard dog was adopted as its own breed in 1987. However, this type of dog has existed in southern Sweden and Denmark since the 18th and 19th centuries, but has not been registered as its own breed. The breed can also be removed from the FCI breed list. This has happened, for example, to the harlequin pinscher, who is now considered extinct. The Belgian Mastiff, the Belgian Shepherd, the Dupine, the Boulevard, the Strellufina, the Steinbracke, the Basset d'artois, the Languedoc and Shepherd have also been FCI breeds. Origin of breeds All dogs are thought to be from East Asia. According to mitochondrial studies, the first dog lived in the Guizhou or Yunnan region of southern China 5,400 to 16,300 years ago. It was also found that the DNA of modern dogs is still similar to that of ancient individuals. Because it was discovered that Old World dogs are the ancestors of today’s American breeds, it was decided to study the DNA of 1,543 dogs from across Europe, Africa, and Southwest and Southeast Asia. Only breeds of either known origin or informal, fairly uniform dog breeds bred for a specific use were used in the study. Only phylogen groups A, B, and C were included, as the rest are rare and may be from cross-breeding with wolves.

Based on the study, groups A and B had wolf haplotypes. These are the two most common groups of phylogens found in most current dog breeds. A observed