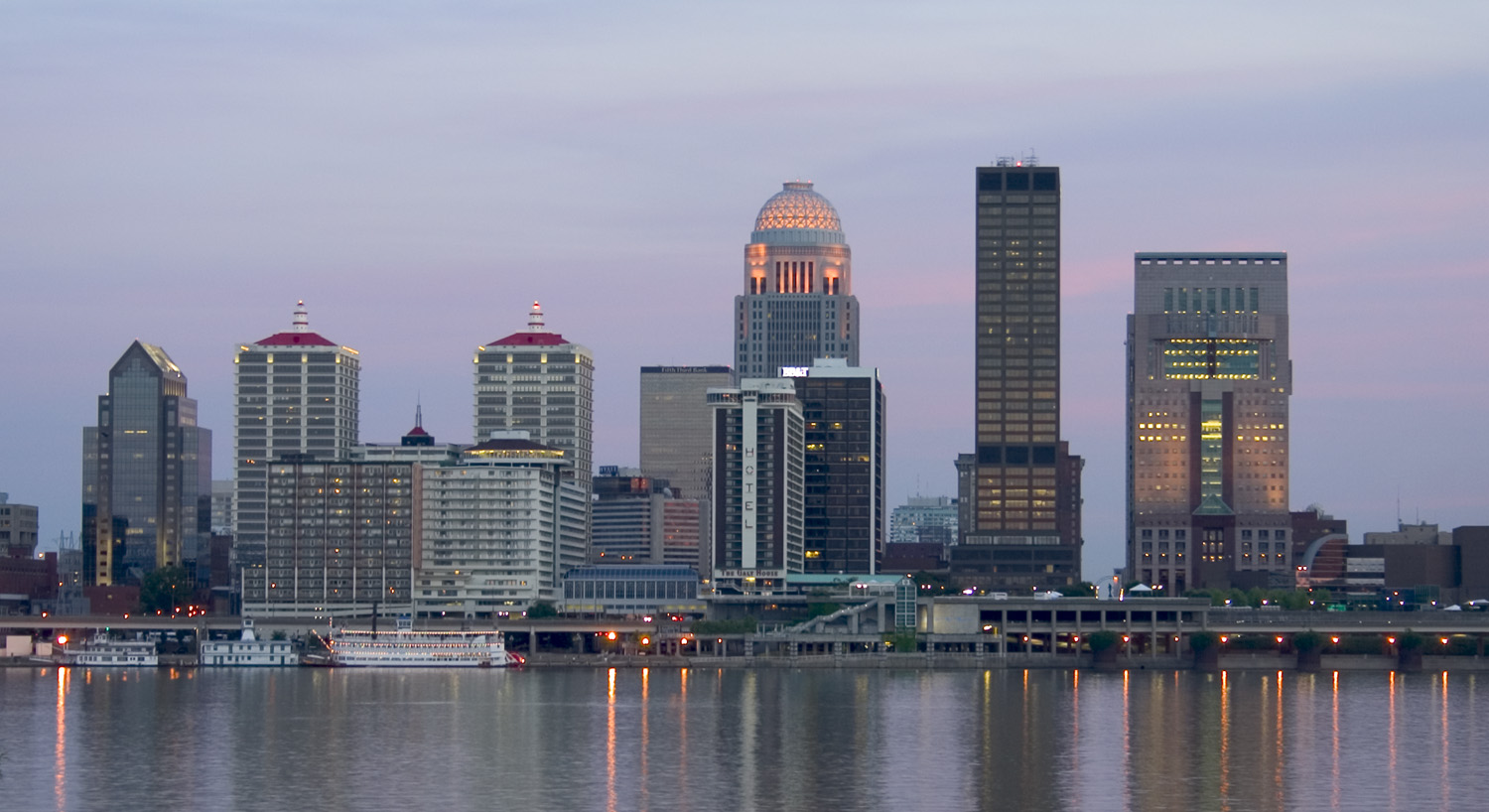 Louisville is a city located in the state of Kentucky in the United States. It is the largest city in Kentucky by population and the 26th largest city in the United States. Louisville is located on the Ohio River. In 2000, Louisville had a population of 256,231. In 2003, Louisville and Jefferson County merged into a joint government called Louisville-Jefferson County Metro Government, Louisville Metro for short. The statistics also show the Louisville Metro balance, which includes the former Louisville and the suburbs that grew into it, but not separate suburbs. In the 2010 census, the population of this balance area was 597,337, while the entire administrative area had 741,096 inhabitants. The metropolitan area has a total of 1.5 million inhabitants in Indiana's Clark, Floyd, Washington and Harrison counties.source?The city is home to the University of Louisville, which was founded in 1798.

The city was founded by George Rogers Clark in 1778. It is named after the French king Louis XVI (Louis). The falls of the Ohio River, due to which riverboats had to stop and unload their cargo, contributed to the growth of the city. The Louisville-Portland Canal was built in the early 19th century to bypass the falls. During the American Civil War, Louisville was an important base for the Union Army, or Northern States.

The hottest month of the year is July, with an average maximum temperature of 31.5 °C. The coldest is in January, with an average low of -2.9 °C. The average annual rainfall is 1140 mm, 33 cm of snow accumulates.

Images or other files about Louisville on Wikimedia Commons