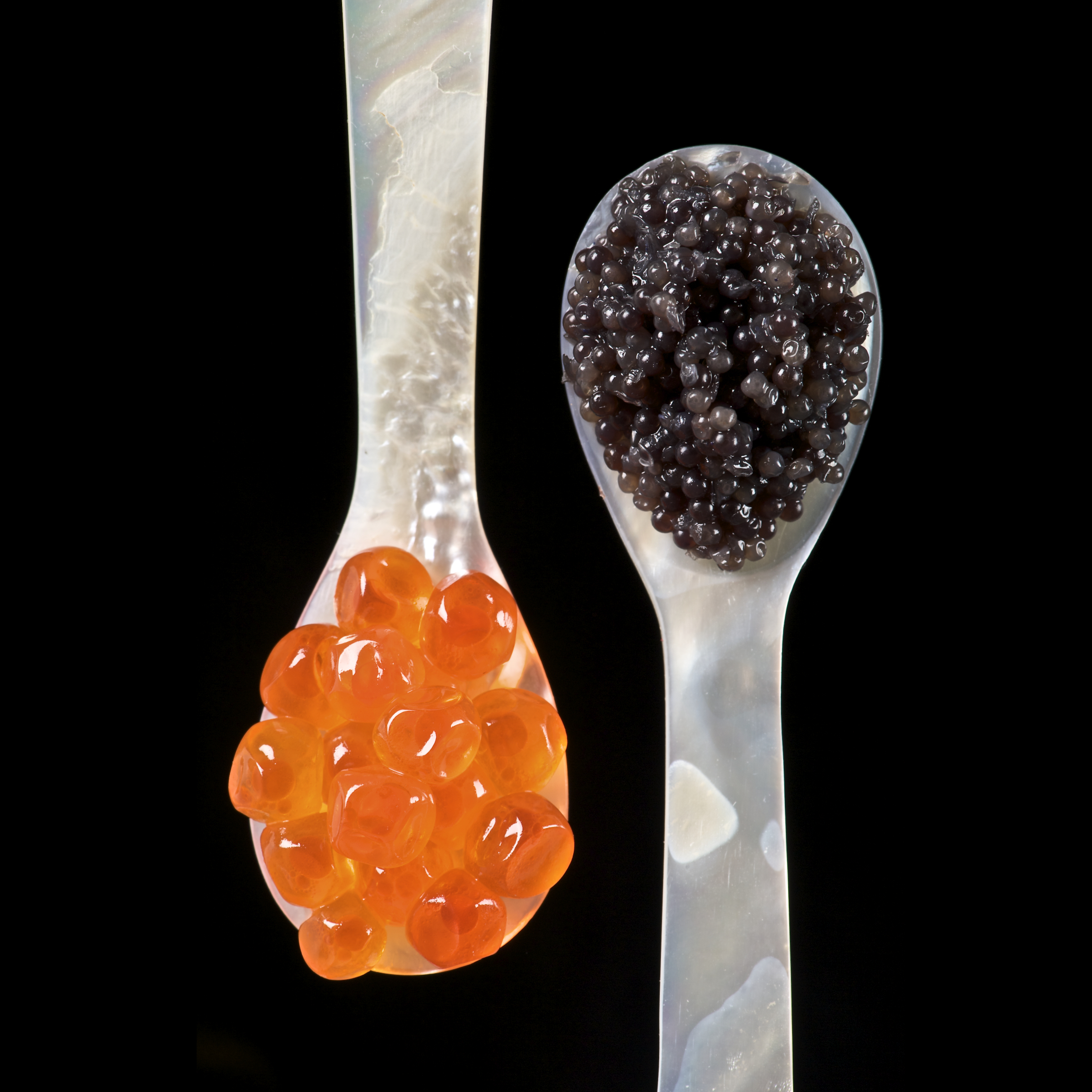 Roe is the unfertilized eggs of a female fish. Each roe grain contains a reproductive cell and a brown cell, which is a reserve food. Roe is usually used in food preparation freshly salted, but also cooked. Nutritional values ​​ There are various nutrients in the roe, such as fats, protein, vitamins and minerals. The energy in 100 grams of roe is about 140–200 kilocalories. The roe of different fish species has different vitamin concentrations. There is a lot of vitamin A in, for example, the roe of herring, cod and haddock. There is a lot of vitamin E in the roes of cod fish, vitamin D in the roes of salmon and pike. The roe of many fish also contains vitamin C and vitamin B12. EPA and DHA fatty acids are more than 30 percent of the fat in the roe of some fish. The roes of the fattiest fish are rich in cholesterol. Minerals in the roes are rich in phosphorus and selenium. Some roe products contain a lot of salt.

Roe is a delicate product, so its collection, handling and transport must be under hygienic conditions and an unbroken cold chain. The roe is at its best two to three weeks before the fish spawn, but it is usable even earlier. After spawning, the roe begins to get watery. The roe is recovered by opening the catch using a method that depends on the fish species. The roe is separated from the films, cleaned by rinsing and drained to dry. Finally, the roe is salted to at least two percent to preserve it. The roe of pike, perch, mate and Kiiski roe is frozen for a day to prevent possible tapeworm infection. The roe stays fresh in the freezer for a few months.

Räti is a versatile raw material. It is eaten as is, as it decorates and complements starters and snacks, and is used to make fish sauces. Various snacks can also be prepared from dried roe. Roe paste and roe jelly are also made from roe. Mäti is often eaten with blinis. In Asia, roe is used, for example, in sushi. Whole bags of roe can be fried in a pan. The roe, cleaned to be loose, is sometimes fried with binders. Rot can also be cold-smoked and hot-smoked.

People with fish allergies can get symptoms from rot. Due to the risk of listeria, roe is not recommended during pregnancy. Gout patients can eat roe in small quantities, as roe is low in purines.

The roe sold in Finnish grocery stores is often the roe of rainbow trout, grayling or whiting, sometimes roe of herring, mate or woolly shell. Roe is sold fresh, frozen, vacuum-packed in a glass jar or preserved in oil in a can, or as roe paste in tubes. Roe is much more expensive than fish, starting at fifty euros per kilo. The price of samme roe, or caviar, is thousands of euros per kilo. Roe season in Finland is December and the beginning of the year.

In Sweden, salted and smoked cod roe is used as a bread coating. Fatty fish roe is commonly used in Danish cuisine. It is usually served on top of hard-boiled eggs or it can be enjoyed with, for example, shrimps. Cod roe is also commonly eaten.

In Greek cuisine, tarama is salted and roasted carp roe and is prepared from it