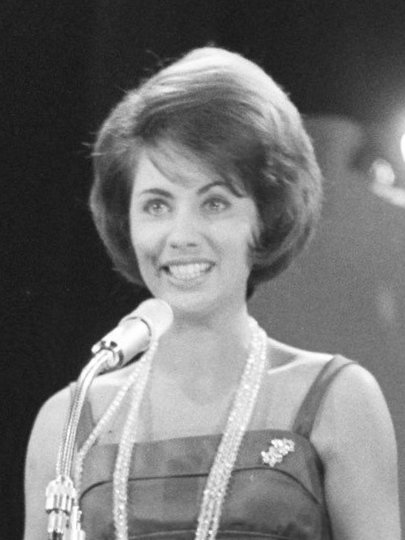 Margot Eskens (12 August 1936 – 29 July 2022) was a German singer who was at her peak in the 1950s and 1960s. In 1954, Eskens won the talent competition organized by Polydor with the song "Moulin Rouge" and thus got a recording contract. Eskens recorded his first hit "Ich möchte heut ausgehn" in 1955. In 1956 and 1957 Eskens recorded two songs that reached number one in the German singles chart, "Tiritomba" and "Cindy, Oh Cindy". Eskens also recorded several successful songs as a duet with Silvio Francesco. Eskens collaborated with producer Kurt Feltz until 1961. Eskens placed third in the Deutsche Schlager-Festspiele 1962 song contest, which was Germany's qualifier for the Eurovision Song Contest 1962, with the song "Ein Herz, das kann man nicht kaufen". Eskens represented Germany in the Eurovision Song Contest 1966 with the song "Die Zeiger der Uhr" and finished tied for tenth place among 18 competitors. After 1956, Eskens sold 40 million records. She was married to her manager Karl-Heinz Münchow until his death on 23 December 2011.

As a duet with Silvio Francesco