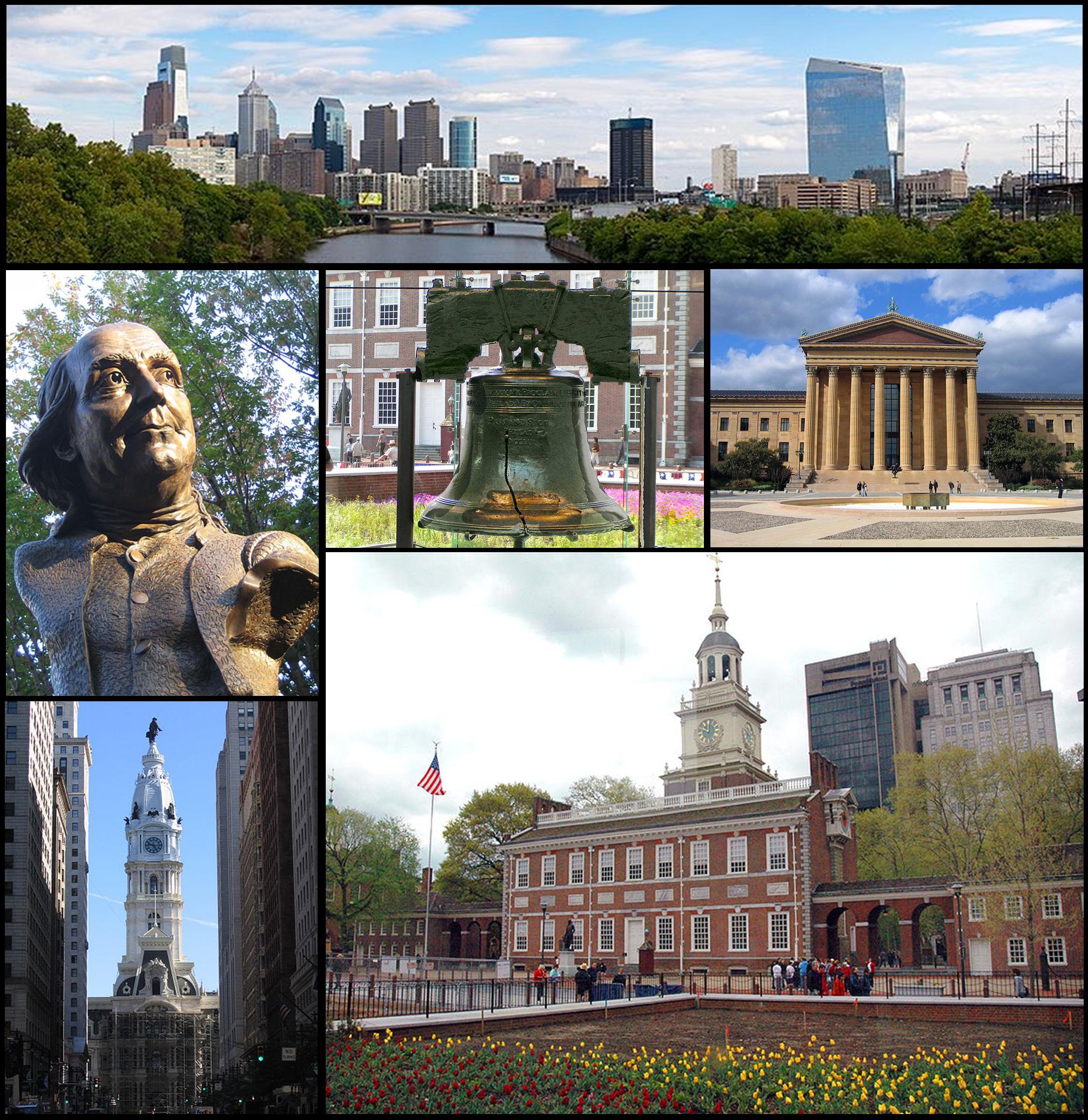 Philadelphia has an area of ​​347 square miles. Philadelphia is located in the eastern part of the state of Pennsylvania at the confluence of the Delaware and Schuylkill rivers. The lowest point of the city is about 1.5 and the highest is about 130 meters above sea level. Philadelphia is surrounded by the Philadelphia-Camden-Wilmington metropolitan area, which extends to the states of New Jersey, Delaware, and Maryland. The climate of Philadelphia is balanced by the Appalachians in the west and the Atlantic in the east. Both factors reduce the incidence of extreme conditions. The average annual temperature is 12 degrees. The average temperature is about 0 degrees in December and about 24 degrees in August. Rainfall is fairly even throughout the year, but usually the biggest rains come in the summer.

Downtown Philadelphia is designed according to a grid pattern and is centered on Penn Square midway between the Delaware and Schuylkill rivers. The square now houses Philadelphia City Hall, which opened in 1901. To the west of the square is John F. Kennedy Boulevard, which has a Penn Center, and Broad Street to the north and south of the square is often called the Boulevard of the Arts because of its cultural attractions. Benjamin Franklin Parkway runs northwest from Penn Square through a grid pattern. It surrounds Logan Square along the way and ends at Fairmount Park, the largest landscaped park in the U.S. The oldest parts of Philadelphia, Southwark, Society Hill and the Independence Hall area, are located east of Penn Square. Southwark is the oldest of the neighborhoods. The Independence Hall, where the Declaration of Independence and the U.S. Constitution were passed, has been a UNESCO World Heritage Site since 1979. It and part of the city center are part of the Independence National Historical Park, established in 1956, which houses many important buildings related to the founding history of the United States, as well as the Independence Visitor Center, National Constitution Center and Liberty Bell Center, which opened from 2001 to 2003. are previously inhabited by an ethnic group. One such area is Germantown in northern Philadelphia, which was inhabited by Germans in the 17th and 17th centuries.