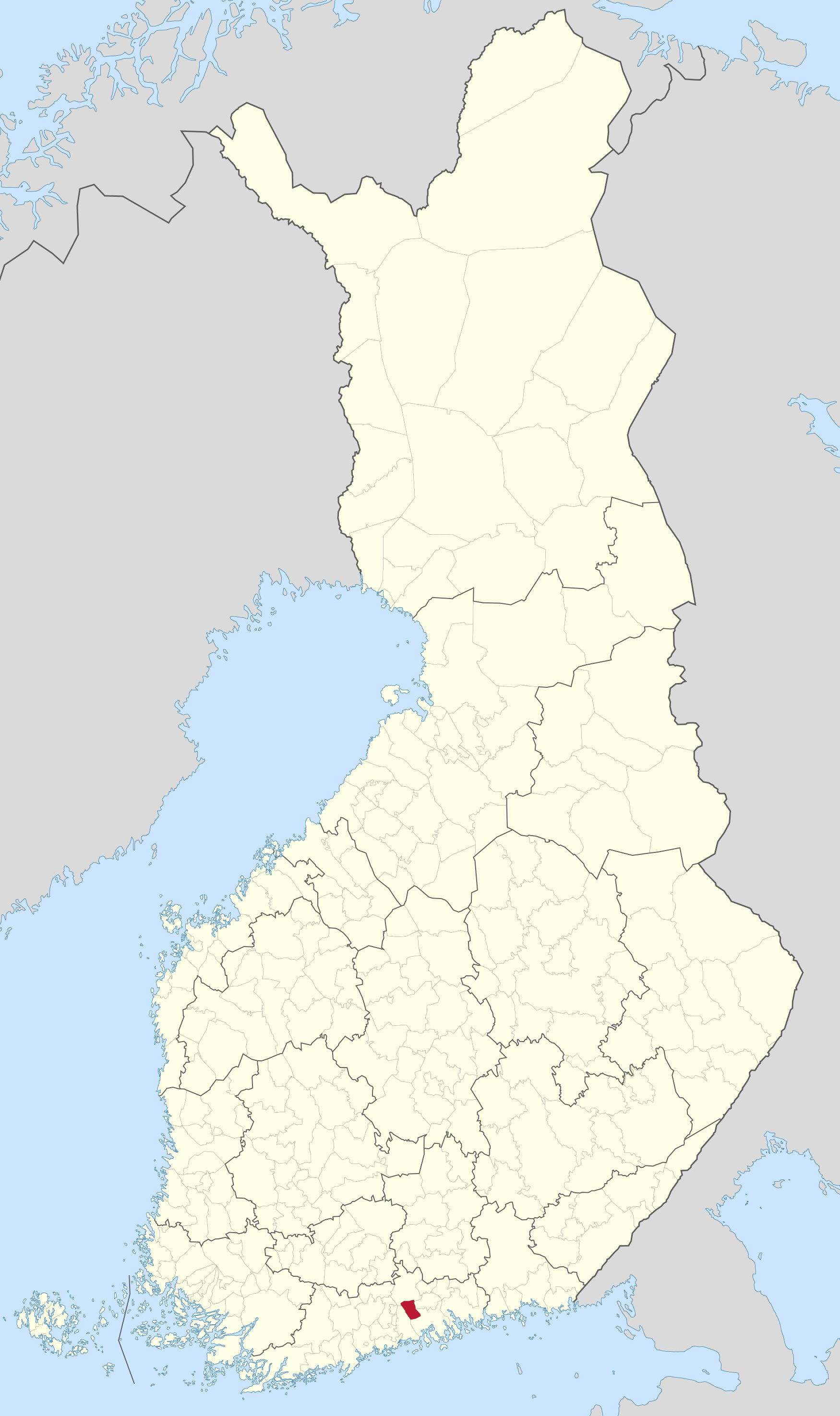 Pornainen (formerly Kirveskoski and Porneesi, Borgnäs in Sweden) is a municipality in the province of Uusimaa. The center of Pornainen is Kirveskoski (its statistical name is the church village of Pornainen). The municipality has a population of 5,078 and covers an area of ​​150.09 km², of which 3.57 km² are water bodies. The population density is 34.66 inhabitants / km². Of the municipalities in the Helsinki region, Pornainen has the smallest population.

Pornainen is located in the vicinity of the capital region and its population has grown significantly in recent decades. Connections to the Helsinki Metropolitan Area were significantly improved by the regional road 146 built in the 1990s between Järvenpää and Kirveskoski in the center of Pornainen. The neighboring municipalities of Pornainen are Askola, Mäntsälä, Porvoo and Sipoo. The distance is 18 km to Järvenpää, 22 km to Mäntsälä, 14 km to Askola, 15 km to Sipoo and 25 km to Porvoo. There are seven lakes in Pornais: Isojärvi, Kotojärvi, Ruokijärvi, Niinijärvi, Valkijärvi, Vermijärvi and Kaaklampi. The forest of Rientola, with various types of vegetation from barren pine cliffs to lush creek groves, and the Sipoonjoki River, which also extends to the Sipoo side. The river has an inherently increasing original sea trout stock. There are ten rapids in the Mustjoki area in the area of ​​Pornainen. The industrial and business area Pornaisten Portti is located along Seututie 146 near the Sipoo border.

The Mustijoki River has long been an important route between the coast and the hinterland. Laukkoski in Pornaisten has been permanently inhabited since the 13th century and is one of the oldest villages in the parish of Porvoo. Pornainen officially resigned from the parish of Porvoo as his own parish in 1869. The current stone church of the municipality was completed in 1924, thus replacing the previous church, which was destroyed in the 1918 fire. There was no clock in the church at first, but the parishioners' women cultivated, spun, woven, and sold a sheet of linen to Stockholm, the proceeds of which were used to buy a church bell. The clock and the spindles used to spin the linen have been depicted in the coat of arms of Pornainen to commemorate the event. In Laukkoski, the Battle of Heikkilä House (1936), A Stranger Man Came to the House (1938), When the Judge Blossoms (1962), The Akaton Man (1983), The Blind Man (1986) and The Motives of a Murder (1986) ).

The Pornainen City Council has 27 members. In the period 2021–2025, the city center will have eight seats, the SDP seven seats, the Basic Finns six seats, the Coalition Party four seats, the Greens one seat and Liike Nyti one seat. from his position and became the Director of Development of the Municipality of Tuusula. Hyttinen resigned in September 2015 and became the Executive Director of the Finnish Respiratory Association. Hannu Haukkasalo, who was already in office, resumed as mayor on April 1, 2016.

In 2015, the municipality had 1,048 jobs. Of these, 8% were in primary production (agriculture, forestry and fishing), 70% in services and 18% in processing. The companies that paid the most corporate tax in 2016 were OT Kodit Oy, Mr. Taxi Oy, and Uudenmaan Rakennus & Putkitus Oy. electricity for the needs of the community.

The following graph shows the population development of the municipality every five years since 1980. The zoning used is in accordance with the situation on 1 January 2017.