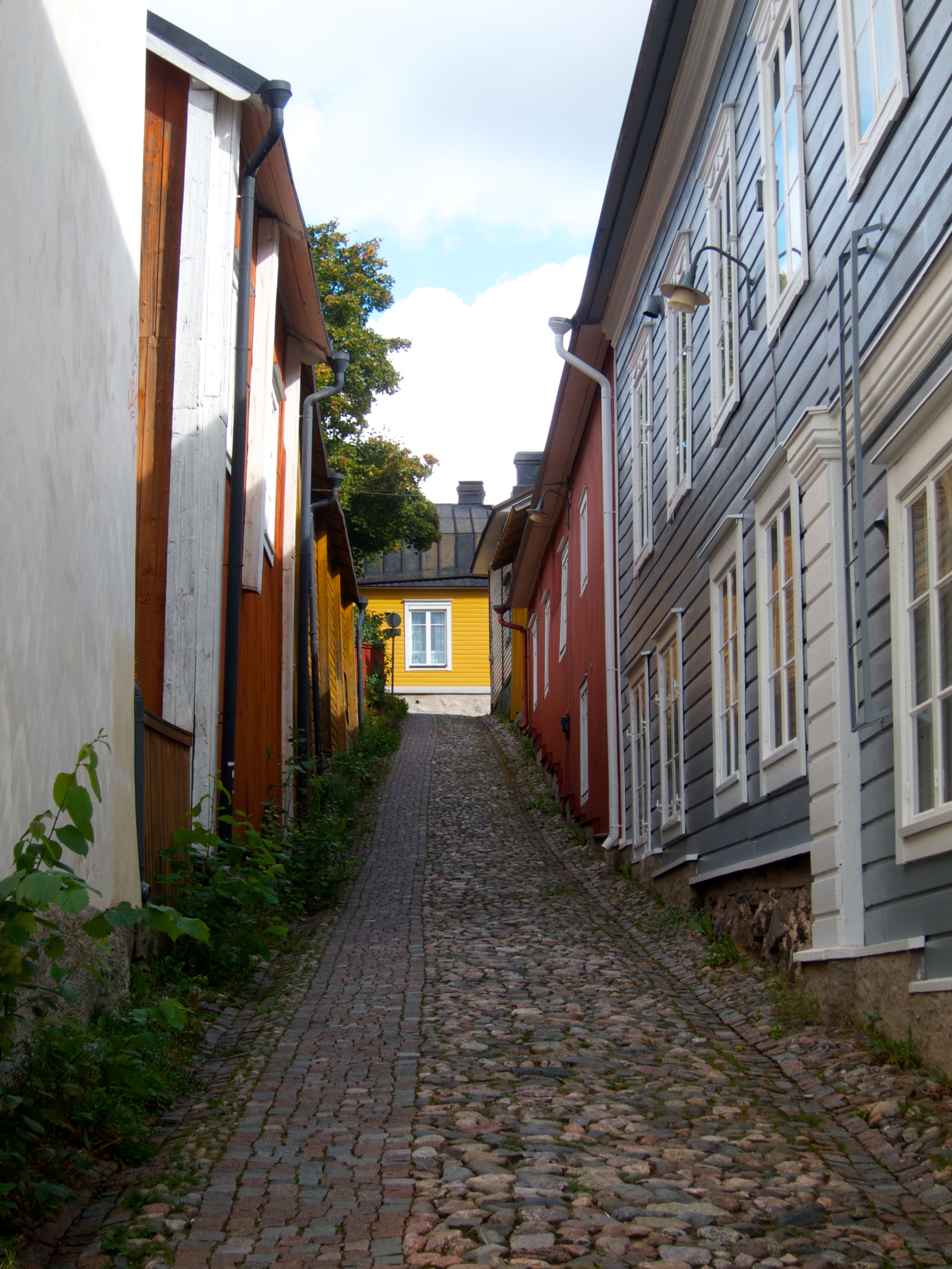 The history of Porvoo dates back to 1351, when the parish of Porvoo was first mentioned in historical sources. Porvoo was first mentioned as a city in 1387. In the earliest times, the current ones include Askola, Pornainen and Pukkila. The Swedish settlement is known to have arrived in the area in the 13th century, when the crown favored the relocation of farmers to Uusimaa. In the Middle Ages, six cities were established in Finland, the first after Turku being Porvoo and Ulvila, which later lost their city rights for a long time. Porvoo got its name from the Swedish name Borgå of the Iso Linnanmäki fortress near the Porvoonjoki River (Borg castle, å river). The first information about the bridge over the Porvoonjoki River dates back to 1421. Porvoo had to relinquish its city rights on a couple of occasions when Sweden wanted to relocate to Santahamina and the present-day Helsinki region for various reasons in the 16th century. During the Swedish Empire, Porvoo even had the right to kill for some time, but the ongoing wars with Russia, among other things, made life difficult and sometimes brought waves of refugees. In addition to shipping, handicrafts and manufactories developed in the 18th century. The city burned down in 1760. After the Russian conquest, the Finnish Emperor Alexander I organized the Porvoo Parliament, from which the Finnish state can be considered to have originated. The railway came to the city in the 1870s, and since Finland's independence, the proportion of the Finnish-speaking population in the city has risen considerably.

The Porvoonjoki shaft is an ancient settlement from which prehistoric discoveries have been made since the end of the Stone Age. The mouth of the river served as a trading post. The oldest settlements in the Porvoo region have been found in the village of Kerkoo, which has several Stone Age settlements. Investigations have found quartz, flint, stone objects, clay pottery, fireplaces, and possible bases. At that time, the Kerkoon river valley was shallow shoreline and coastal meadows that were significant pastures. Cultivation in Kerkkoo began about 4,000 years ago. The Porvoonjoki was originally a trade route for the people of Häme, and its original name may have been Kukinjoki. It is assumed that the name would have its roots in the Friesian nomenclature of kugg (cf. koggi), which would thus correspond to other similar trading places on the coast. The early center of Porvoo was Saksala, a German village whose name was derived from the German merchants who visited the site. Based on the decorations, the object is early combed pottery. Two gutter chisels have also been found loose in Porvoo, which are comb ceramics. In 1993, a semi-finished hammer ax was found in Skaftkär, Porvoo. Probably the construction of the Middle Ages and the modern sand extraction have destroyed other traces of the settlement phase. According to the nomenclature, the area has had a relatively solid Finnish settlement during the Iron Age. The Porvoonjoki was Häme's route to the sea, and Häme has been inhabited in the villages of Kallola, Teisala, Vessilä, Finby, Kiiala and Hattula, among others. The village of Hattula (later Strömsberg) got its name from the inland parish of the same name in Häme. In the northern part of the parish of Porvoo was the village of Finns (later Karlsby), where the farms of Vilppula, Klemola, Airola, Pietilä, Peltola and Sihvola are known to be located. There has also been a Finnish settlement in Koskenkylä (Forsby), the parish of Pernaja. In addition to the people of Häme, the place names tell that the Finns actually sailed to the area early on. Porvoo has been inhabited especially by the populations from the western part of Southwest Finland, such as Nousiainen and Lemu. There is no complete certainty about the Viking settlement in Porvoo, but