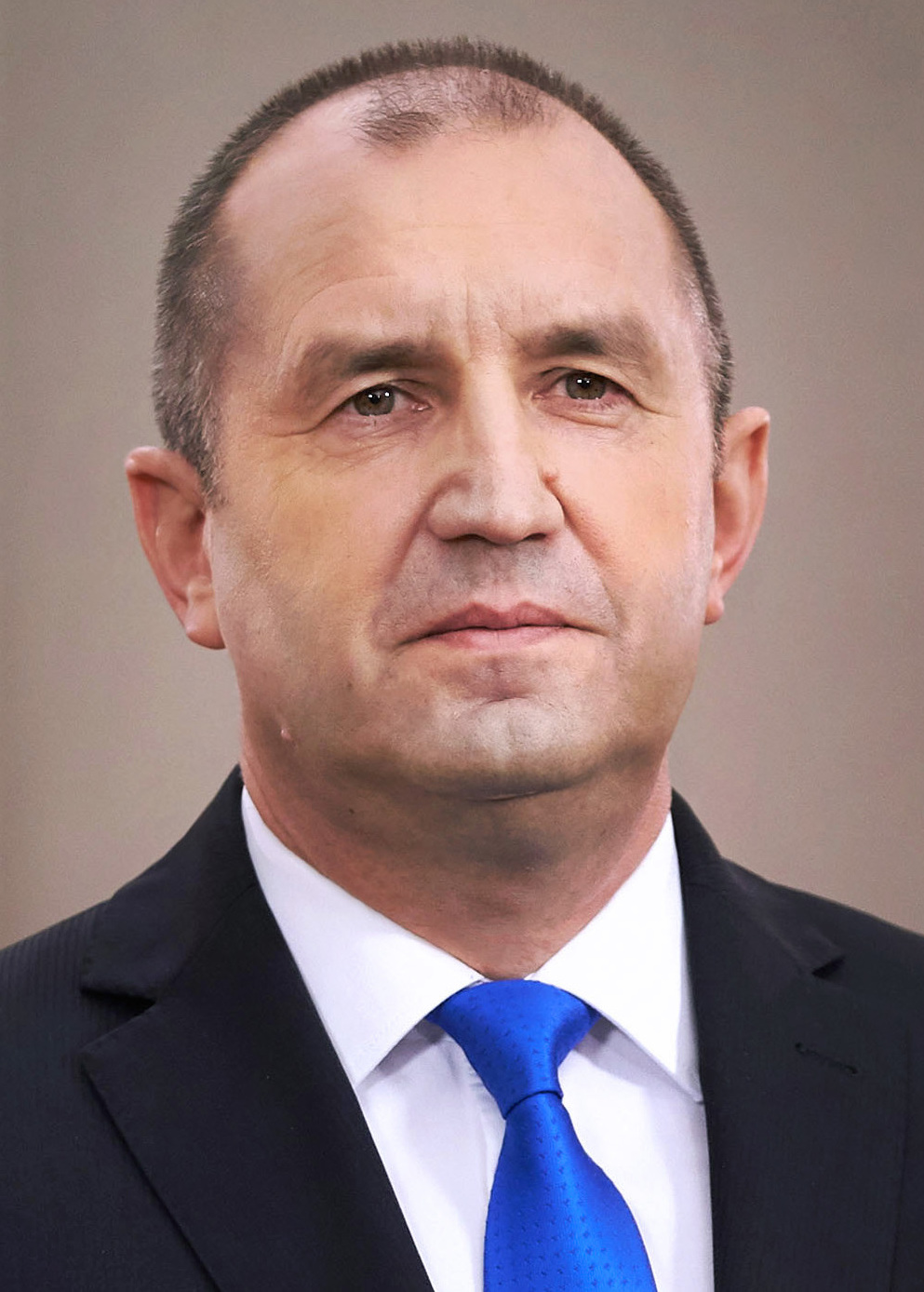 Rumen Radev (b. Румен Радев) (born 18 June 1963) is a Bulgarian major general, commander and politician of the Air Force. Radev was nominated in the November 2016 presidential election. He was elected president in the second round with 59.4 percent of the vote, while the opponent, Speaker of Parliament Tsetska Tsatsjeva, received 36.2 percent of the vote. Radev was re-elected in the November 2021 presidential election. In his campaign, Radev emphasized anti-immigration and good relations with Russia. He has called for an end to EU sanctions against Russia.