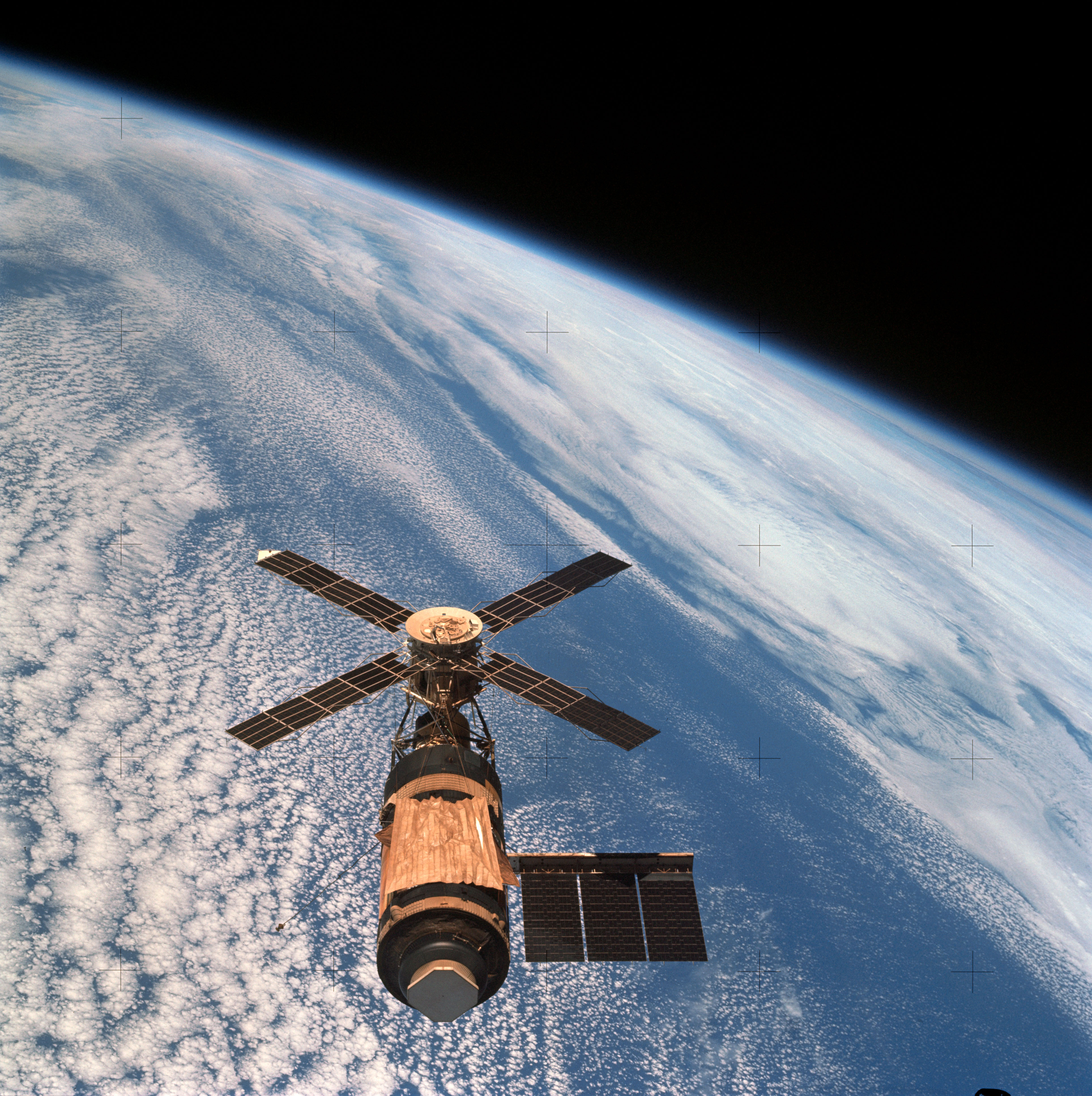 Skylab was a U.S. space station. The station was in orbit from 1973 to 1979, but occupied only three times between 1973 and 1974. The Skylab station was, in fact, the second phase of the Saturn IB launcher, which had been “re-furnished” into a space station. The station and the entire Skylab program took advantage of the equipment left over from the Apollo program. After the three surplus finished Apollo modules were used, the station remained in space awaiting further action.

The Skylab was launched on May 14, 1973. The rocket used a modified version of the Saturn INT-21 (SL-1) launch vehicle. Skylab was unlucky. Upon launch, it lost some of its radiation and micrometeor shields and another of its main solar panels. The task of the first crew was to repair the station even to some kind of operational condition. The station was occupied three times: Mission SL-2 began on May 25, 1973 and lasted 28 days. Mission SL-3 began on July 28, 1973, and lasted 59 days. The SL-4 mission began on November 16, 1973, and ended on February 8, 1974, 84 days after launch. due to increased activity, the denser upper parts of the atmosphere slowed Skylab more than expected, eventually falling uncontrollably into the atmosphere on July 11, 1979, and its fragments fell into uninhabited areas, including Australia. The Soviet Union criticized this - its space stations had always burned in the atmosphere over uncontrolled areas.

Two Skylab stations were built. However, the Skylab 2 station was never sent into space. The unused station is currently housed in the Smithsonian’s National Museum of Aeronautics and Space, Washington D.C. In the event of unexpected problems, NASA built the Skylab Rescue Capsule, which would allow two astronauts to fetch a crew of three from the station if the CSM could not return to Earth.

Elsewhere on this topic