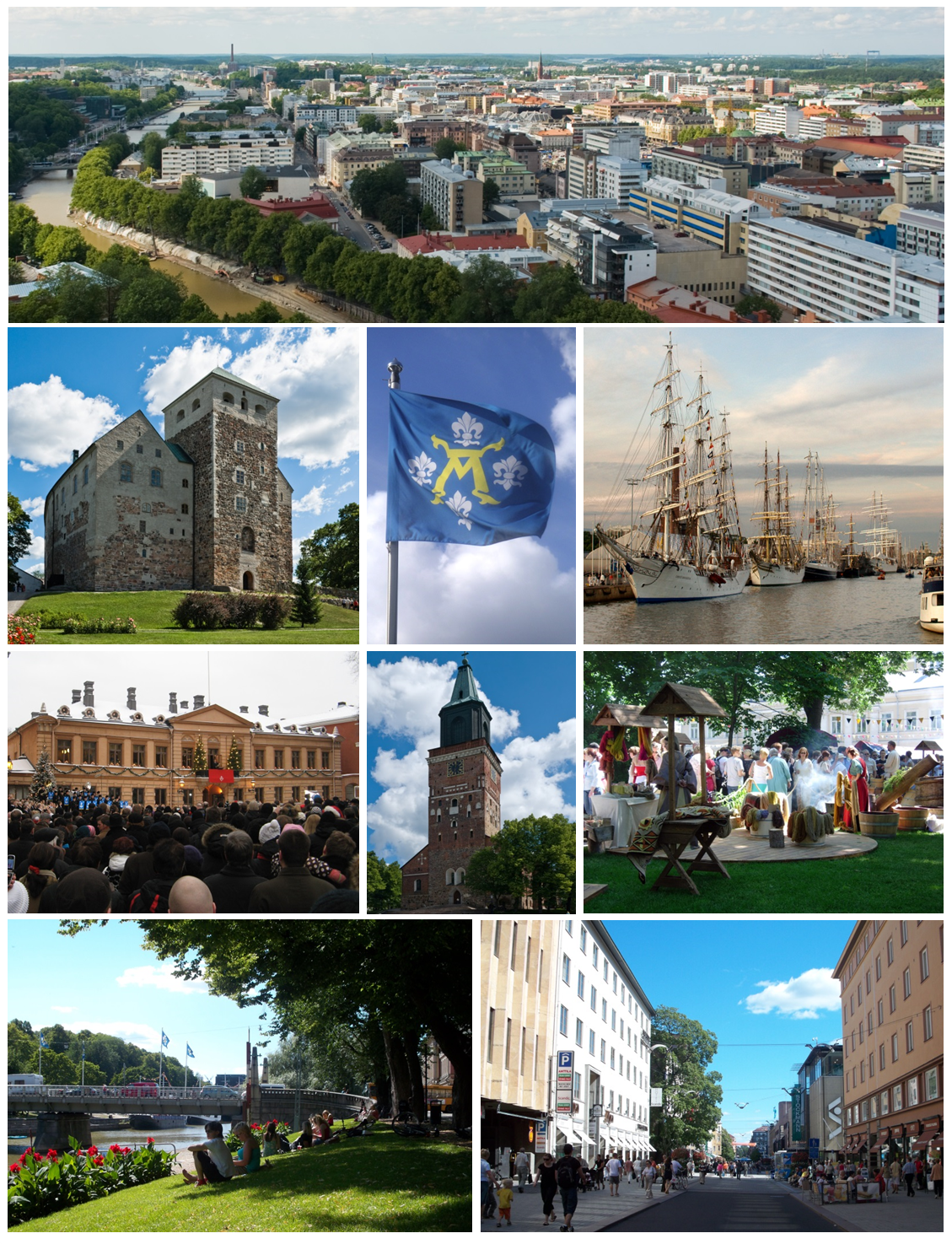 Turku (Swedish: Åbo) is the city of Finland and the center of the province of Southwest Finland at the mouth of the Aura River on the coast of the Archipelago Sea. The city had a population of 195,350 on 30 September 2021 and the Turku region 330,482 in November 2018. Thus, Turku is the sixth largest municipality in Finland and the third largest urban area. Turku was born at the mouth of the Aura River before the 13th century and is the oldest city in Finland. The founding year of the town is 1229, when Pope Gregory IX mentions for the first time in his bulletin a town called Aboa (the Latin name for Turku). Even earlier, the Arab geographer Al Idrisi refers to the city of Abua in the far north. Turku was for a long time the most important population center in Finland, the country's unofficial capital in 1809–1812 and the largest city in Finland until the 1840s. Turku is still the local administrative, economic and cultural center of its region. The city is the head office of the Southwest Finland Regional State Administrative Agency and the regional center of Southwest Finland. During the Swedish rule, Turku was the administrative center of the eastern part of the kingdom. At the beginning of the Russian rule, Helsinki was chosen as the capital of Finland due to its more eastern location, and most agencies were moved there. The archbishopric remained in Turku and the almost 800-year-old Turku Cathedral is still the country's national sanctuary ?. The Turku Academy, founded in 1640, the oldest university in the country, was moved to Helsinki after the fire of Turku in 1827 and is now known as the University of Helsinki. Turku has traditionally been considered Finland's gateway to the west. Born at the mouth of the Aura River, the city has always been a major commercial port city. There is frequent passenger ferry traffic from the Port of Turku to Mariehamn and Stockholm. Turku Airport is the fourth busiest airport in Finland and the second largest in terms of cargo volumes. In 2011, Turku was the European Capital of Culture together with Tallinn, the capital of Estonia. Southwest Finland is one of Finland's most important manufacturing centers and the core area of ​​the maritime industry. Production is growing strongly and the growth prospects extend beyond the mid-2020s. The pharmaceutical industry is another important industry in Turku. The strong growth prospects of both the marine and pharmaceutical industries have also created a boom in other industries, especially construction. The city is officially bilingual. At the end of 2018, 5.4 per cent of its inhabitants spoke Swedish as their mother tongue, or about 10,300 people. The neighboring municipalities of Turku are Aura, Kaarina, Lieto, Masku, Mynämäki, Naantali, Nousiainen, Pargas, Pöytyä, Raisio and Rusko. Of these, Turku has only a sea border with Naantali and Parainen, and with Pöytyä, Mynämäki, Masku and Nousiainen it borders only at one point on the Kuhankuono border rock. In the 20th century, the municipalities of Maaria, Paattinen and Kakskerra and areas from Kaarina and Raisio, among others, were connected to Turku.

The Finnish name for the city is believed to be inherited from the ancient Russian word t kaupprgǔ. The current perception is that the word was brought to Fennoscandia by Novgorod merchants. This significance is also reflected in the sayings “markets and markets” and “Suomen Turku”, which also refers to the position as a city in the historical province of Finland, ie Southwest Finland. In Estonian, the name of the city is Turku, which is a form of ownership of the word “turg” for the market.